Amongst the 14 men who competed in the preliminary round of the 18th International Siva Afi competition were two men from New Zealand.

Tim Noyce, 32-year-old teacher at Gisborne Boys High School and 42-year-old Aperaamo Tauanu’u Ieriko from Vavau and Vailima were the only two international acts this year.

They are the founders of TahiMana, a fire knife performance group based in Auckland.

Noyce, who since starting TahiMana has moved to Gisborne, first learn to fire knife dance in 2012, when Siva Afi competition creator Leota Lene Leota taught him his first moves.

He returned to New Zealand from a year of teaching at Vaiala Beach School, and didn’t pick up a knife again until he met Ieriko a year later, and they formed TahiMana.

“We have got people from all over the Pacific in it,” Noyce said. Today he teaches fire knife dancing at Gisborne Boys High School to a group of 15 eager young men.

“I would say there are about eight dancers we can call on but people come and go, and we try and do shows every weekend.”

Coming to Samoa is less about competing and more about learning, Noyce said.

“These guys in my eyes are at the top of the game so to watch them and learn from them is cool.” 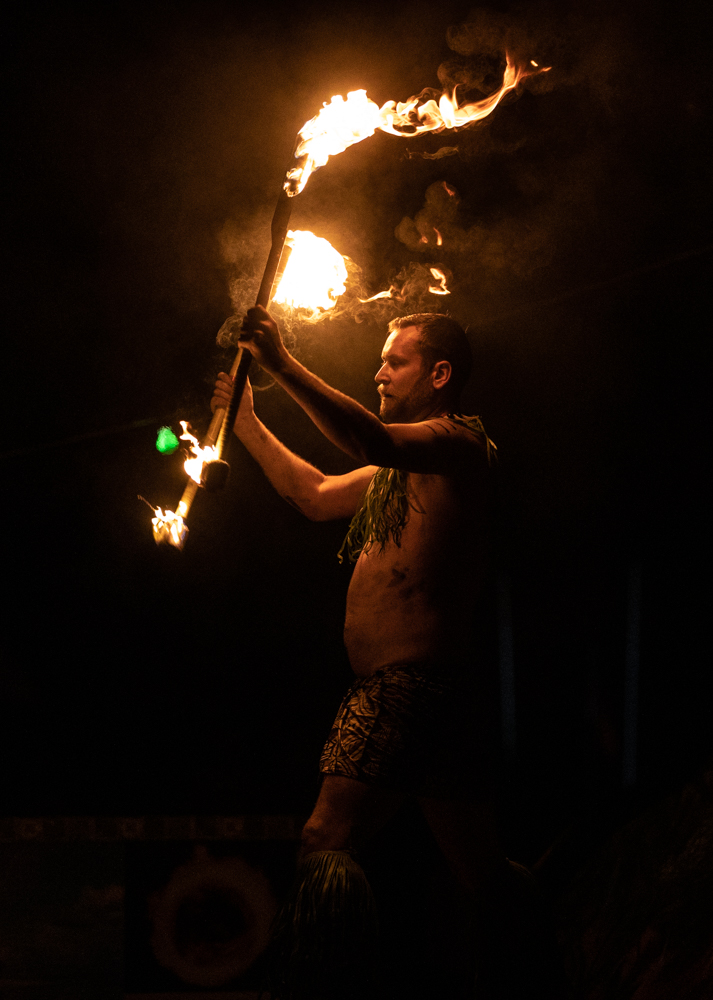 Ieriko learned to Siva Afi under Freddie Schwenke back in 2009. His first fire dance performance was in China, and it was not supposed to happen, he said.

“We were in China and the fire dancer had to go back to New Zealand, but they still needed to put on a fire show,” he said.

“But that’s alright, that’s how you learn.”

He teaches five children and four adult to dance in Auckland, and hopes TahiMana will encourage fire dancers to “come out of their shell.”

In 2017, they put on their first New Zealand TahiMana Fire Knife Competition, which Noyce won, and last year, Ieriko and Noyce placed second and third at the Masters of Flames in the Cook Islands.