The first podcast on Pacific female athletes will be launched on Monday, after three days of production by seven female reporters from the region.

The Pacific Games-focused podcast – which is an audio track telling a story or sharing information – is seven short episodes highlighting two sportswomen from Samoa and Papua New Guinea and one each from Vanuatu, Fiji and Tonga.

Their episodes were recorded and produced by Adel Fruean of the Samoa Observer and Lagi Keresoma of Talamua Media.

Ms Fruean said listening to audio can be a better way for Samoans to access news and storytelling as well as add credibility to the story.

“Hearing is better, you don’t have to take time to read, you can just sit back, relax and hear a person’s voice, it is really easy,” she said.

“And it gives more credibility to the work that it is actually the truth because that is a real person.”

But now believes in the power of audio. 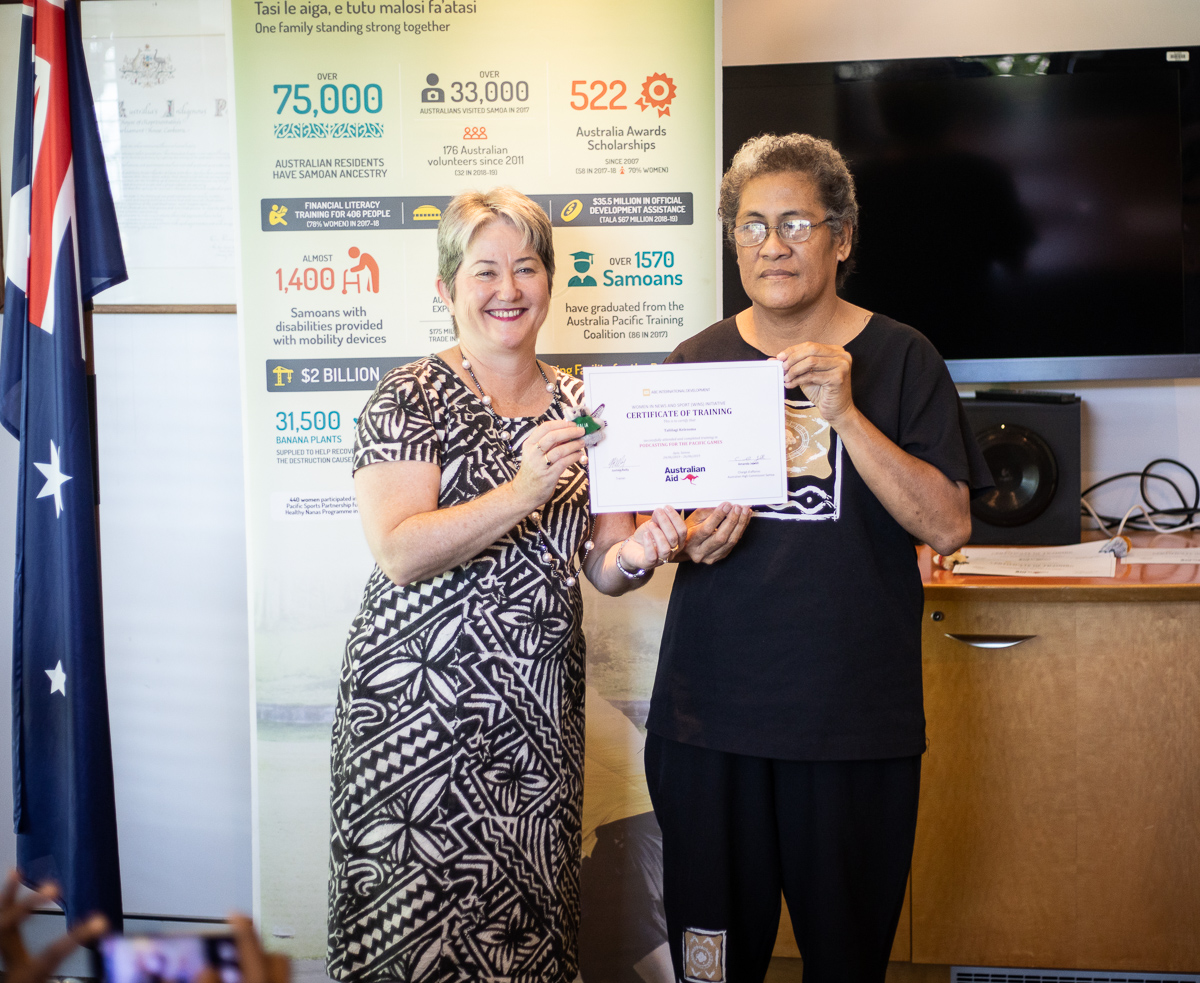 She said listening to downloadable podcasts or ones that broadcast on the radio is more accessible for people.

“I have been with print media all my life and I know that news gets out. But not to the rural, external villages, like radio does," she said.

“I went in and I knew nothing about audio, nothing about radio. Me and Adel, we struggled on the first day, but we did the editing and everything, and the end result that came out is beautiful.”

The podcast was created over three days, the culmination of six weeks of training on podcasting by the Australia Broadcasting Corporation (A.B.C.) International Development, led by executive producer of podcasting Justine Kelly.

All seven episodes will be released on the A.B.C. site and podcast stream on Monday and range from seven to 14 minutes long.

Outside the Pacific, podcasts have firmly taken their place in the media landscape. News outlets like the New York Times, Stuff.co.nz, the Guardian and the BBC produce regular podcasts on current events and culture, while other radio organisations and individuals have found success producing shows on history, science and sports.

Ms Kelly said the beauty of podcasting is that there is a low technical requirement to begin making one so anyone can tell their own stories.

“You can literally do one, and people do, in your garage at home with your microphone. You can even record it on your Android or iPhone smartphone and you can edit it on the smartphone, then easily upload it.”

The focus is on women telling women’s stories: all the trainees were female reporters. For Ms Keresoma, the experience exposed her reporting gaps.

“I realised through this workshop, and when I was trying to get someone to interview, that there isn’t much focus on women athletes in Samoa,” she said. Even her subject, rugby league 9s player Gabrielle Apelu, thought so.

“So we are to blame one way or another and for me this was an eye opener.

“I don’t want to be bias but I would like to focus a bit more on promoting our women athletes,” she said.

“There needs to be more work done in terms of more female sports reporters, that’s for sure,” Ms Fruean added.

More female sports reporters might be around the corner, with 14 internships with Melanesian Media Group (M.M.G.) and Samoa Global News to cover the Pacific Games. Of the 14, eight are women.

The Women in News and Sport (W.I.N.S.) program is funded by Australia’s Department of Foreign Affairs and Trade (D.F.A.T.), partnership with A.B.C. International Development.

It is a training and mentoring program that provides female journalists in the Pacific and Asia with the tools to carve out a career in the male-dominated world of sports media. This weeks training concluded on Thursday with a certificate ceremony for its participants.