Here is one more reason to visit Sheraton Samoa Hotel on Beach Road in Apia - especially on Wednesday afternoons.

The hotel has introduced Samoa's first High Tea buffet, which it launched this week. Held every Wednesday, the high tea set up includes more than 20 varieties of desserts and savouries, hosted in the hotel lobby.

The High Tea will feature the work of French Pastry Chef, Alain Dietsch, who brings to Sheraton Hotel 30 years of experience, having worked in hotels around the world.

The 57-year-old has been in the culinary profession for 40 years and has never been to the South Pacific before coming to Samoa.

"I’ve been around the world, a lot of Asian countries, African countries working with five start hotels all the time," he said.

"I have been to Singapore, Thailand, Malaysia, Nigeria and Bermuda and other countries I don’t remember and South Africa for seven years or so." 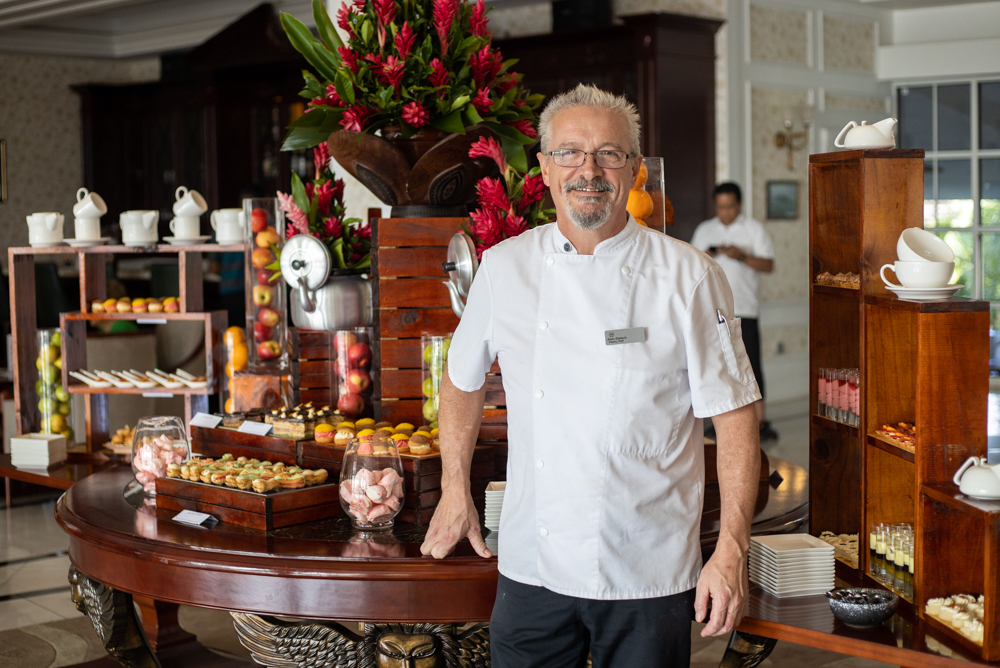 He said he came to help Sheraton's Executive Chef, Jiju Rajappen, who asked him to join the the Sheraton Samoa kitchen team to implement French and European style pastries to their menu.

"And to make a good name for Sheraton, and for the people and to be the best on the island," he said.

Alain has been in Samoa for a few months and said he found it interesting to come to Samoa for work, especially when there was a job offer.

Apart from offering his years worth of experience, the French chef wishes to train other while he is here for two years.

"I can bring my experience and my knowledge and I can bring a bit of training for people to do what I can do, and I think that is important. It is important to do training on local people that one day will become like me. There is potential," he said.

Alain's signature dish is a new styled coconut cake, which is a coconut cake that has been heavily influenced by French and European cuisine.

"But it’s really completely different, I looks like a coconut cake, but its lighter so much better, creamier," he told Samoa Observer.

He said the only challenge is the availability of ingredients, especially basic ingredients for his culinary specialty.

"So it’s a challenge to bring all of this to Samoa and create something like this," he said. 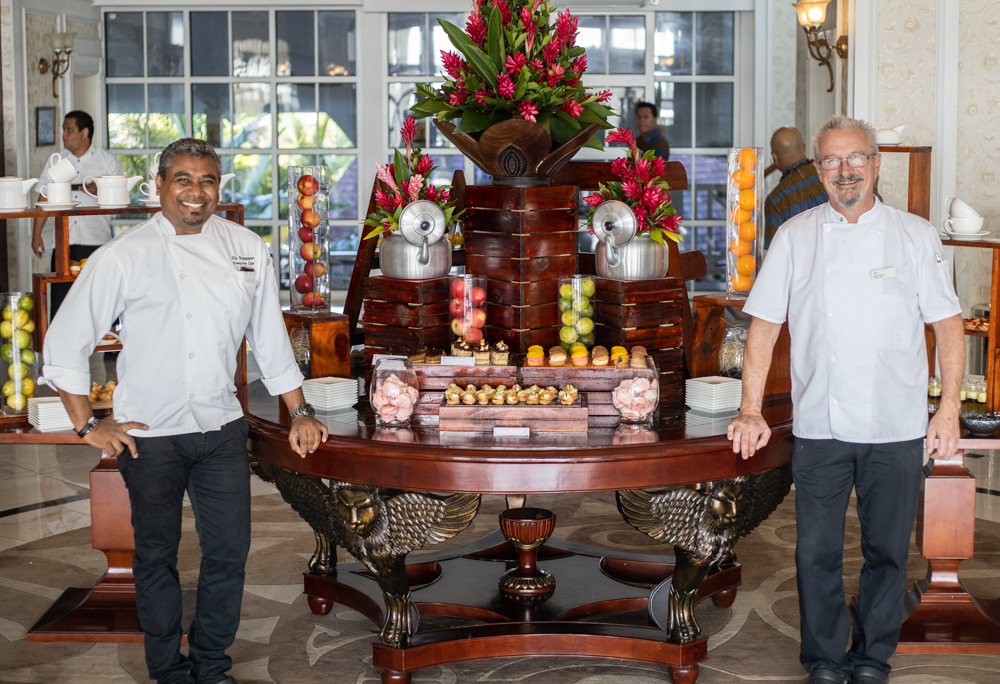 As for the High Tea, the event is held every Wednesdays from 2pm to 5pm, with $40 per head and unlimited buffet.

Chef Juji believes that the buffet and service provided is well worth more than the $40 tala cover charge.

"I think it’s more than 40 tala, because we’re putting all the chocolates and all the extra work, its actually fine food and it’s well worth for money, rather than going to buy pastries at $13 tala per person but here it is unlimited food plus unlimited tea.

And on arrival we get champagne as well; I think its value for money. Especially with that atmosphere set up in the lobby and nice air conditioning to welcome, and also the service," he highlighted.

Chef Juji said the ideas behind the initiative by the hotel is to give the ladies a relaxing space to interact with each other together, at a certain time and date, in one place, with fine food. 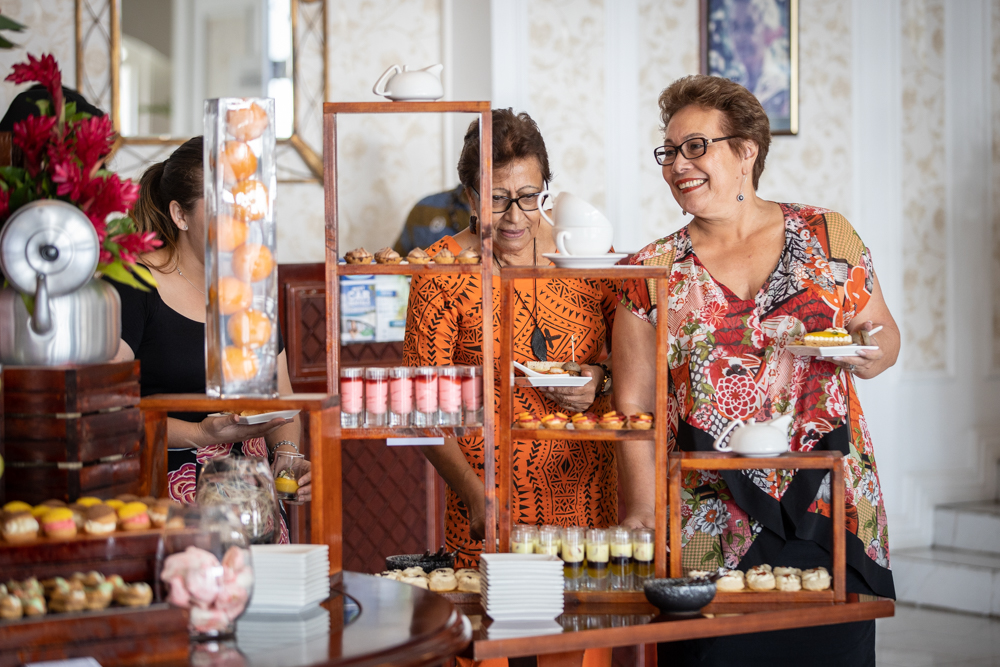