The development has been welcomed by motorists and members of the business community across the country following several months where it had climbed steadily.

The decreased was confirmed by the Ministry of Finance in a statement, which said the retail price for petrol dropped by 0.07 sene from $2.81 and will now cost $2.74 per litre.

Since March this year, petrol prices have been steadily climbing, especially between the period from April to June.

Dual purpose kerosene decreased in price in April by 0.30 sene before increasing again by 0.48 sene in May, with another increase  at 0.07 sene in June. 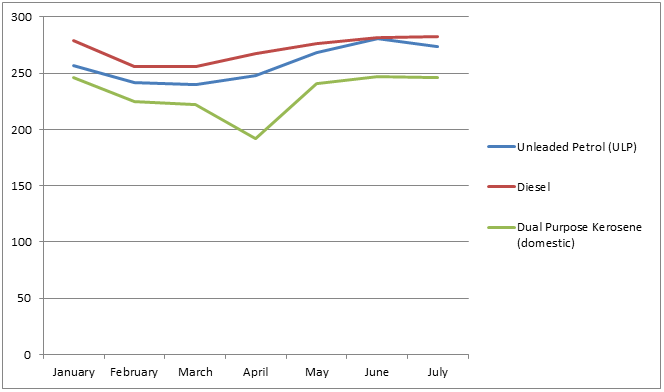