Patrick Fa'apale to fly to Auckland for head scan

Vaimauga Eels first five and captain, Patrick Fa’apale’s absence from the P.P.S. Super 9 final last weekend was because of a medical decision made in conjunction with the Samoa Rugby Union, World Rugby sanctioned doctors and the Eels management.

Fa’apale, who missed much of the Super 9 season after a head injury suffered before the tournament, returned for the semifinal the weekend before.

He has been named as a non-travelling reserve in the Manu Samoa squad for the Pacific Nations Cup.

Manu Samoa Coach, Vaeluaga Steve Jackson, said Manu Samoa management and the S.R.U. are making sure they get the right medical assessment of Fa’apale while he joins camp.

“As such Patrick will be part of our wider squad for P.N.C. and will continue to train with us, but we are consulting a neurologist about what is best for him,” he said.

Vaeluaga and S.R.U. want to give Fa’apale every opportunity with medical experts to ensure he is “absolutely one hundred percent” fit to play.

For this reason, S.R.U. are flying Fa’apale to Auckland, New Zealand at their expense for a scan to make sure everyone is covered, and that Fa’apale’s future welfare and that of his family is protected. 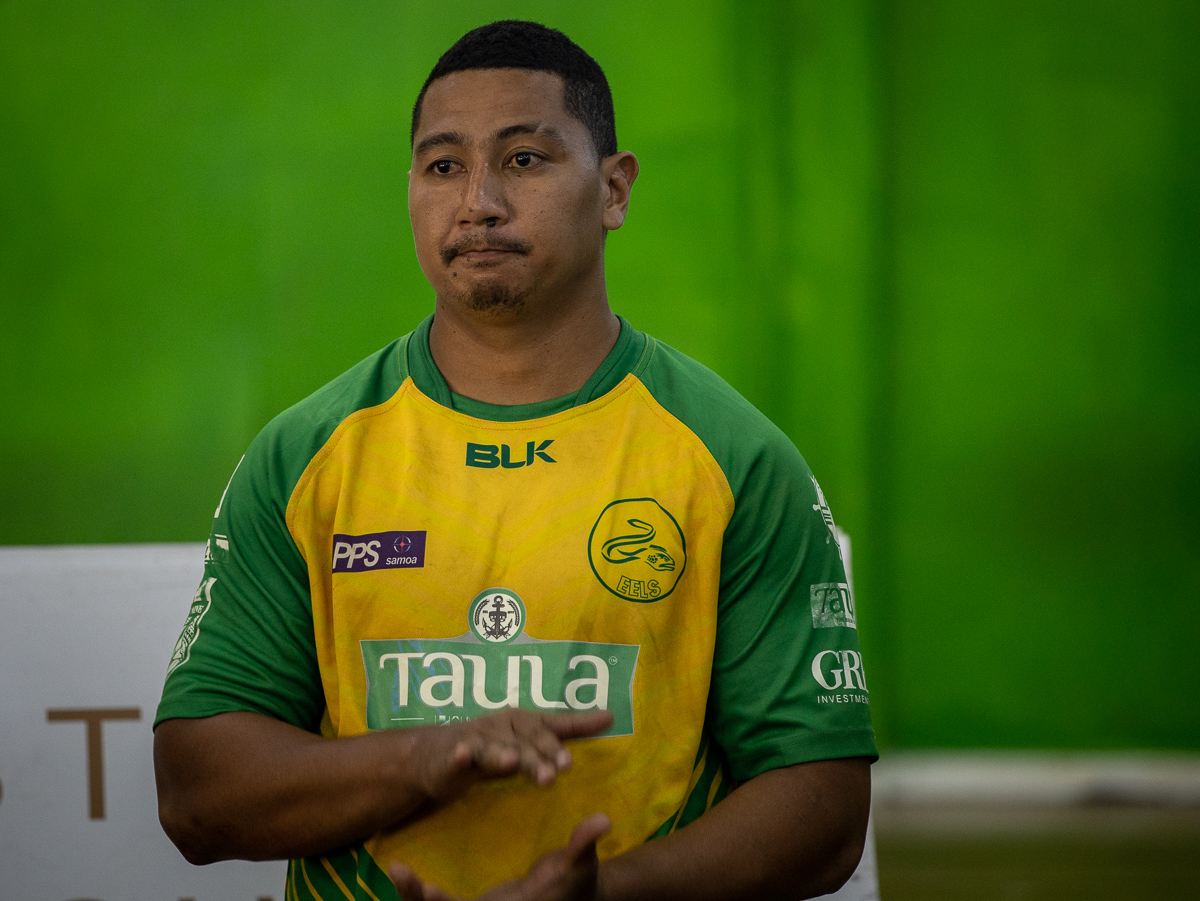 “Manu Samoa management, along with S.R.U. have spoken at length with Patrick Fa’apale and he is fully aware of the intentions behind the decisions that have been made,” said S.R.U. chief executive officer Faleomavaega Vincent Fepulea’i.

Prior to Fa’apale’s first match of the Super 9 season against the Navigators on May 4th, Super 9 tournament management had him sign a waiver indicating he was aware of the risk he was taking in playing having suffered the head injury in the offseason.

Vaeluaga was present for both games Fa’apale played in this year’s Super 9 tournament.