The Central Bank of Samoa (C.B.S.) is advising members of the public to cease or avoid investing with Future Excellent International Life Insurance Company.

A statement from the Bank said the insurance policy company is not licensed to operate in Samoa as stipulated under Part 3 of the Insurance Act 2007.

C.B.S. Governor, Maiava Atalina Ainuu-Enari told the Samoa Observer that based on information provided by the Ministry of Commerce, Industry and Labour (M.C.I.L.), the company was locally incorporated on 8 January, 2019.

“This company approached C.B.S. in April 2019 seeking to open an insurance bank account with a commercial bank. They were informed that they must have an insurance licence first before they operate an account,” Maiava said.

“They were given an insurance company application form and a checklist of all the required documentation and information for establishing an insurance business.

“Furthermore, the representatives of the company were specifically told not to do or involve in any insurance business dealing unless they have a valid insurance licence.”

She explained this is the first issue involving Samoa’s Insurance Act and procedures and there are processes in place to follow regarding such matters.

“C.B.S. had meetings with the company representatives regarding the status of their application. Also, they were warned not to advertise or promote or present themselves out to the public to be a licensed insurer unless they have an insurance licence.

“There are conviction based penalties under the Insurance Act 2007 for an unlicensed person who carries out such an unlawful act. C.B.S. is liaising with the appropriate authorities regarding this matter as per the requirements of our Act.”

The Bank states there are only two registered and licensed insurance companies in Samoa — Samoa Life Assurance Corporation (S.L.A.C.) and Desert Mutual Benefits.

“It is an offence under section 84 of the Act for a person to hold himself or herself out to be a licensed insurer or intermediary, and to commence or carry on any insurance business without a valid insurance licence.

“Anyone who is found committing this offence shall be liable upon conviction to an imprisonment term or a fine, or a combination of both.

“Furthermore, anyone who invests or assists in this type of business would also be committing an offence against this Act, and would be subject to the same imprisonment and pecuniary penalties as stated earlier,” explained the statement. 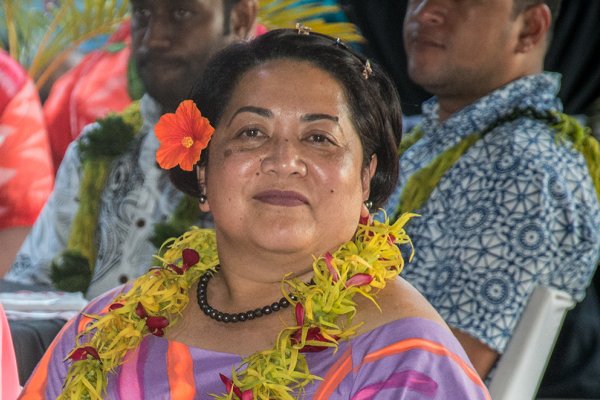 But insurance company owner and Bangladesh national, Siddik Khan, told this newspaper that he didn’t know at first that he needed to obtain a license from the C.B.S — until he was advised by Bank South Pacific after he tried opening an account.

“We initially thought that after preparing all the papers then we can run the business,” he said in an interview.

“I went to M.C.I.L., Ministry of Revenue and got a foreign investment certificate. I got all the paper works done with those Ministries. I did not know that we need an application with the Central Bank.

“The Central Bank advised us to apply first for a business license so we can operate legally, but then we had to suspend our operation in the country.”

Mr. Khan said the company Chairman, Muliagatele Alfred Robert Hunt, was away overseas at the time and it is one reason they were not able to get a license from the Bank.

He said the C.B.S. documents needed the chairman’s signature and he also needed a local person to advise him on the steps to take.

“Our Chairman was in New Zealand for two months, who owns this house (Temple View motel in Pesega) that we are now using for our company.

“He’s here now and now we will apply to the Central Bank because he is here now and we will also need his signature in the forms, and also to help in the setting up of the business.”

Mr. Khan said they have been operating since May 1 and have so far registered more than 300 clients.

He said the company has collected about $8,000 to $10,000 which they will refund to their clients in two to three weeks’ time.

“More than 100 clients have been refunded. Clients just bring in their receipt and whatever money they invested in the company, they get that back because it is not a long-term investment,” Mr. Khan said.

He added the company spent about $108,000 tala to establish themselves in Samoa, and in just two months they’ve probably made a loss of $40,000 as employees are now not working.

“We have a few problems that we need to resolve first, like our field officers. We had 40 field officers, I have seven office employees but now I only have one.”

This is Mr. Khan’s second time in Samoa and he has been here for nine months after his first visit in 2018 to understand the country and its financial processes.

He said this is his first insurance company, but in Bangladesh he is a shared owner of manufacturing company, Runner International Limited.

“I hope the Government will allow us to run the business after everything is being done,” Mr. Khan said.

Meanwhile, Maiva has stressed to the public the need to be vigilant at all times when making investment decisions, especially with unlicensed new companies or institutions.

“We would also like to remind the public that if you are unsure about the status (i.e. whether it is licensed or not) of a financial institution (e.g. bank, insurance, non-bank) in Samoa, please contact our office on phone number 34100 from 9am to 5pm.”

In the company’s website, Muliagatele is identified as Samoan and New Zealand citizen, who was educated at the Seventh Day Adventist College and Saint Joseph’s College in Samoa, with Agnes Khan as Board of Director. It further states that Mr. Khan is the Managing Board of Director Finance and lived in Saudi Arabia for a long time.