The Associate Minister of the Ministry of Prime Minister and Cabinet, Peseta Vaifou Tevaga, spoke about his close relationship with senior Member of Parliament, La’aulialemalietoa Leuatea Polataivao, in Court yesterday.

He was continuing his evidence in the hearing of 234 criminal charges against La’auli, his wife, Heather Tupea Schmidt, business associate Apulu Lance Polu, Martin Schwalger and Tuitui Aiolupo. The charges include forgery, theft, obtaining by deception among others and are in relation to a business deal over a nonu company called the Local Partners and Associates.

In his evidence, Peseta said he and La'auli were very close friends prior to the establishment of L.P.A. This was another reason he decided to go into business with him.

"I had known La’auli from Parliament and he was a close friend and someone I trusted before we went into business together,” said Peseta.

When the idea of establishing the business was discussed, the intention from the M.Ps was to earn some money from it. Peseta said it was La’auli’s idea to partner up in the nonu business.

But Mr. Perkins put it to Peseta that the initial intention of going into business with La’auli was for construction works.

Peseta, in response, recalled discussing the idea with La’auli.

“We discussed with the Chinese company the intention of going into a joint venture to build the Fugalei market,” he said.  “At the time there was also advertisement on design plans for the construction of the Seventh Day Adventist church at Saleufi.”

After those discussions, Peseta was asked if he remembers discussions with La’auli on why their names were not used to register the earlier company Local and Partners Limited.

Mr. Perkins reminded Peseta if he agrees that La’auli had said it was best to have a family representative hold the shares because they were both Members of Parliament.

“The reason why Martin and Danny held 50 percent is because they were just representatives while you and (La’auli) Schmidt were the true owners of the company even though it does not show on the official documents,” asked the defense lawyer. 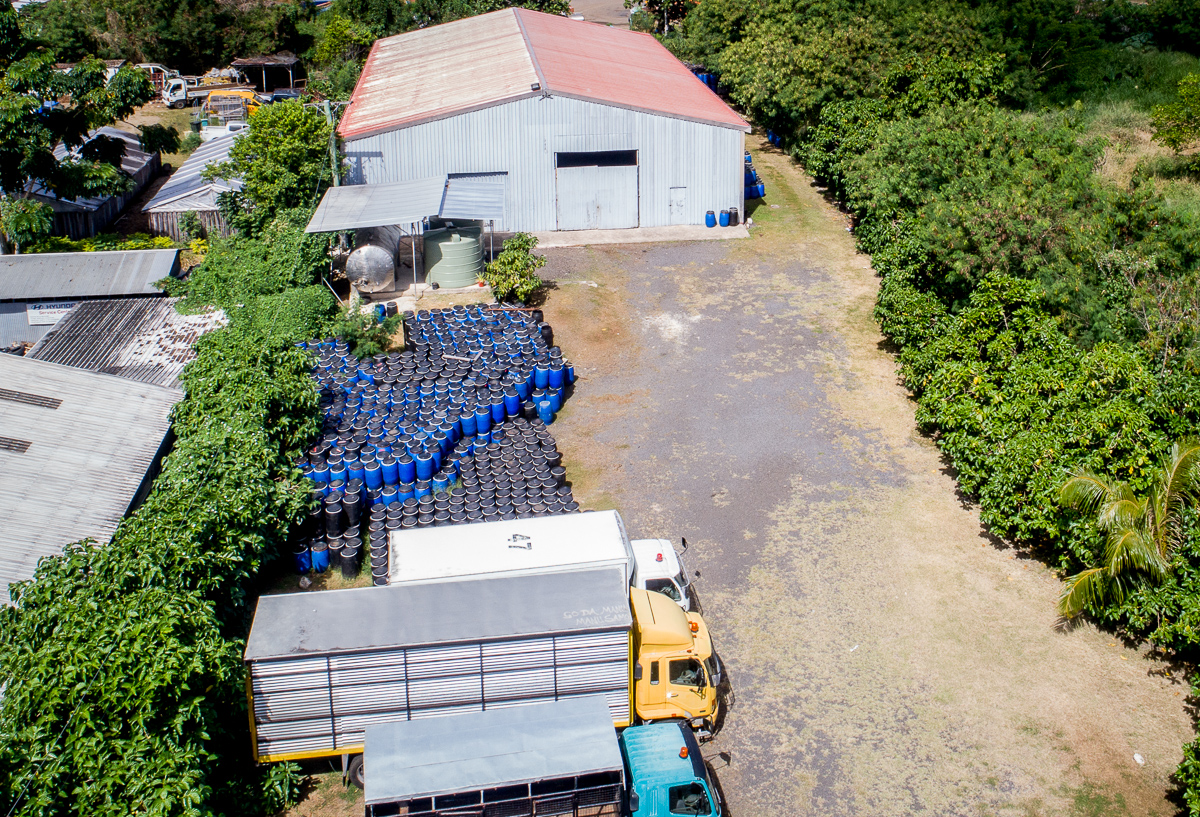 In response, Peseta said yes but under the law there were already directors; Schwenke and Schwalger.

Moving on, Mr. Perkins asked the Associate Minister if the decision to bid to buy the Pure Pasifika company had rested with him, La’auli and Apulu.

He agreed adding this was the agreement after discussion to tender a bid of $1 million for the company.

The Court heard that La’auli Leuatea and La’auli Michael Jones together with Apulu were previously involved in the Pure Pasifika company.

Peseta said prior to the purchase of Pure Pasifika, he did not see any trucks nor nonu juice barrel at La’auli’s premises at Maota Samoa.

It was after the purchase that he was shocked to see barrels of nonu juice being stored at the Maota Samoa and trucks belong to the company.

Mr. Perkins put it to Peseta that the barrels had been at La’auli’s premises before the purchase as there was not enough storage at the newly purchased land and assets of L.P.A. at Vaitele.

In addition, he put it to the M.P. that the nonu should be fermented in a cool place away from the sunlight.

But Peseta disputed this. He said he had been to Maota Samoa and had not seen any barrels.

While he does not know much about processing nonu juice, the M.P. insisted that he is certain the barrels were not at Maota Samoa before.

At this point, Mr. Perkins then told Peseta that the reason La’auli was interested in nonu business is because of his constituency that had nonu farms.

In response, Peseta said yes. He said La’auli talked about the plans of a hotel at Sasina and the nonu farms.

About having Apulu as a partner in the business, Mr. Perkins asked Peseta if he was persuaded to accept Apulu and agreed to give him shares. He replied yes.

The lawyer also put it to Peseta that while he said Apulu and Schwalger had no money, he too had no money. He added that Peseta was having financial difficulty with a $100,000 overdraft on the land that was used to secure the loan from the National Provident Fund.

But Peseta disagreed saying that he had a lot of land worth $3 million and he could have easily used it as a mortgage to get money.

“In terms of business, the overdraft was to get money from the bank to pay for employers and other assets needed for our family business because there was delay in receiving payment from contracts,” he explained.

Mr. Perkins asked the M.P. that the bank at the time was already threatening to take action against his property used to secure the overdraft.

About his decision to give up the land to secure the loan at N.P.F., Peseta was asked if its correct that no one had forced him to put in his land for security of the loan.

In response, Peseta said the directors had discussed how the nonu juice would be good business and considering there was a lot of nonu available.

Mr. Perkins asked the M.P. more than four times if he was forced to give up his land.

He maintained that the land was discussed in the meeting and he was asked by La’auli.

He eventually agreed to bring in the land and that if it wasn’t for his land there would have been no purchase.

Mr. Perkins then put it to Peseta if he was aware that Apulu and Schwalger were personal guarantors for the loan at N.P.F.

Peseta said no he was not present during the time they signed an application for it.

It was sometimes in April 2013 when L.P.A. made its first cheque payment.

Mr. Perkins asked Peseta if he was aware of the payment of $10,000 that was given to him after asking La’auli and Apulu that he was short on money.

This is after he was told by La’auli and Apulu that the company does not have enough money to operate if he takes the cheque.

The M.P. said he is only aware of one cheque that he received and it was used to buy some kava and cocoa Samoa for exports.

Before he was cross examined, Peseta spoke about discovering orders from Wilex Samoa to L.P.A. but it was trading under the name Samoa Nonu Delights (S.N.D.).

One of the three orders from Wilex had a total amount of $36,000 but it was never paid to the L.P.A. company but were diverted to S.N.D. new account.

Peseta told the Court he had no knowledge of the change in name of trading for the company and nor was there any resolution to make the changes.

An exhibit of the business license being changed with the trading under Samoa Nonu Delight being added in the L.P.A. company was shown to Peseta.

There was also a notice of resolution accompanying the changes in which Peseta and his son Danny were copied in it.

Peseta denied having any knowledge and agreeing to such changes. He also did not receive a copy of the resolutions nor did his son.

Another matter he disputed was a new bank account being set up under the name S.N.D.

After he was alerted to this Peseta then called a meeting with Apulu and Schwalger to raise his concerns about the changes to the trading name.

“They told to use the name as a trading name and I said no this must be stopped and to revert back to using the L.P.A. name as this is the name used in the loan at N.P.F.,” he said. “After the meeting I found out later on they were still using the name Samoa Nonu Delights to trade."

Peseta went further and wrote to the General Manager of N.P.F. proposing a meeting to discuss the change in company name.

He said Apulu, La’auli, his son Danny and Schwalger were at the meeting that took place at N.P.F. in April 2014.

“The reason for the meeting is to inform the General Manager (N.P.F.) about the changes to the name and asked her to make an order to stop this,” said Peseta.

“The General Manager had said that this needed to stop – using the name of Samoa Nonu Delight. Another matter that was discussed in the meeting is the return of company trucks that were at La’auli’s premises Maota Samoa.”

It was after the meeting that Peseta was prohibited from entering the L.P.A. compound at Vaitele.

He was going to L.P.A. one evening to see if the vehicles were returned that Peseta was told by the security guard there that he was prohibited from going inside the compound.

There are more than forty witnesses from Police in the trial scheduled for six weeks.