Schools get a taste of "Down to Please" 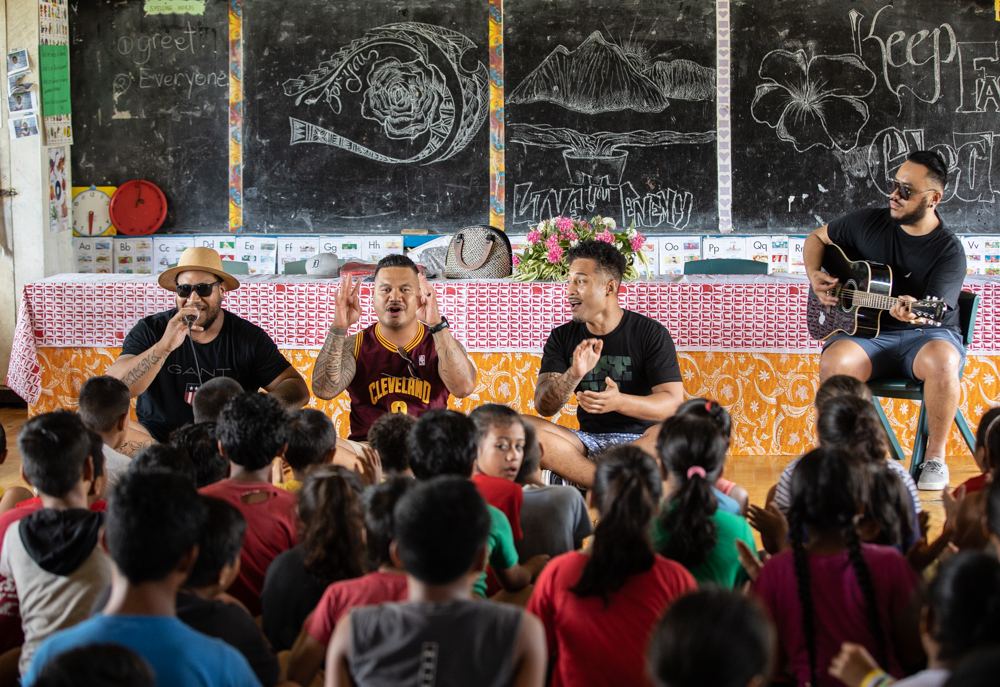 Fagalii and Moata’a Primary schools burst with song this morning thanks to visiting artists Down to Please (DTP) from Australia.

The artists, Peter Tufuga-Tautua, Damien Tuala and Tavita Junior Paulo are Samoan Australians, and are back on the island to share their skills and passion with a younger generation of would-be musicians.

Together with Island Base FM and Brown Girl Woke, they organised to visit primary schools in the morning before a workshop with practicing young musicians at the National University of Samoa on Thursday and a concert at Taumeasina Island Resort on Friday. 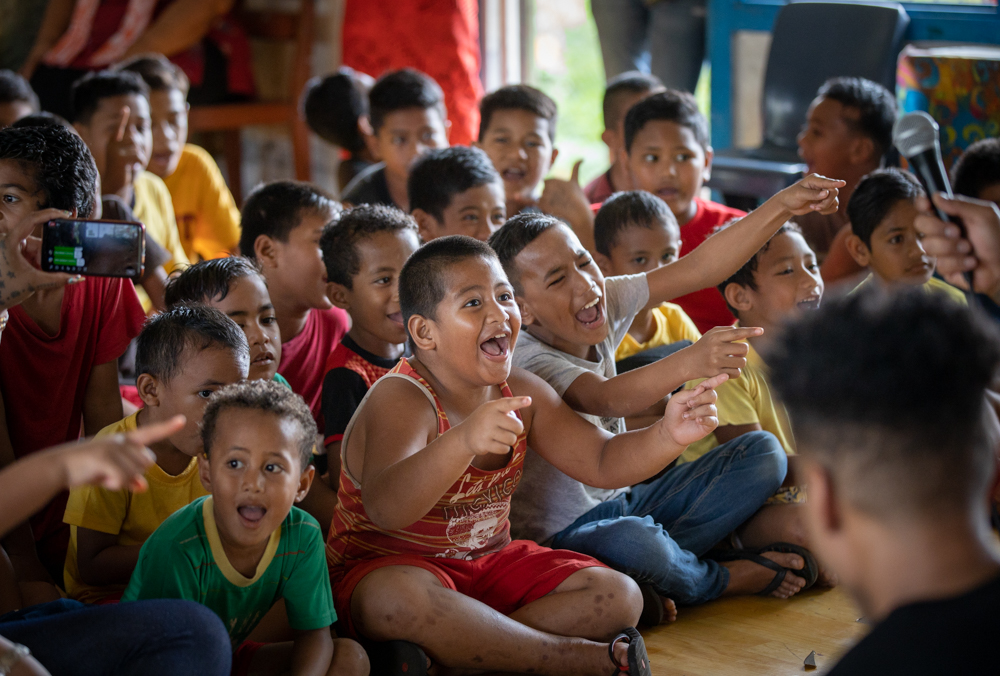 Their Principal Falepauga Tuilaepa said Miss Samoa Sonia Piva asked him to invite DTP to perform, and as she is a “Fagalii girl” he happily said yes.

““It’s a nice break for us from our everyday work, and it’s a nice time for the kids,” Mr Tuilaepa said.

“We have singing practice every Friday, to try to build their singing talent. Who knows, maybe one of these kids will become a singer!”

Damien Tuala shared how his mother attended Fagalii Primary School, and her mother taught there. The group performed their single No More Carols, and an acapella rendition of Mustang Sally, which the children joined in with.

Island Base FM manager Jasmin Ziedan said bringing Samoan artists to visit children for the youth and the musicians both.

“Kids and youth are the future, anywhere in the world,” she said.

“Music and dance in Samoa are a vital part of the culture and everyday living but are not necessarily looked at as a career path.

“We are bringing world class Samoan artists back to their homeland to inspire the local youth while at the same time reconnect those artists with their roots.” 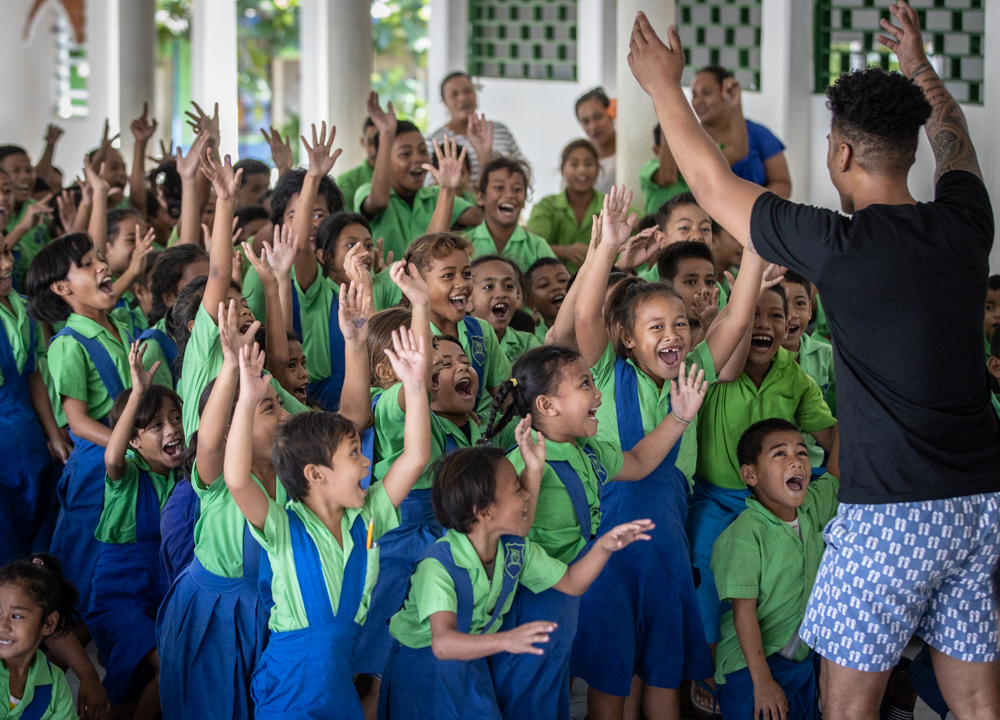 For former Moata’a Primary school student Mr Tuala, the excitement was palpable as he got up in front of the rapt audience of children at his old school.

He told them how the uniform has changed colour, and how a two storey building he remembered has gone down to one floor.

Brown Girl Woke University of the South Pacific (U.S.P.) leader Victory Tuala-Tamalelagi helped the band lead the children to learn a song in three parts, which even included jumping up when your turn comes to sing, which the children loved.

“The only reason we accepted them to perform in front of the whole school is because I know there are students with the same talents so when they see them performing on the stage, that will be a good message and will encourage them to go on with their talents of singing.

“Plus, they will be catching some methods of performing, especially in singing and I believe they will be learning new things, it will be a good learning experience for them.

Brown Girl Woke director Maluseu Doris Tulifau said the more music in schools the better, to show children they have another avenue in life to choose from.

“This is a chance to show case people that look like them, taking on their passion and that they can do the same.”

The band also visited Maluafou College, and left donations of stationary at all three schools.

D.T.P is in Samoa with the support of the Australian High Commission. 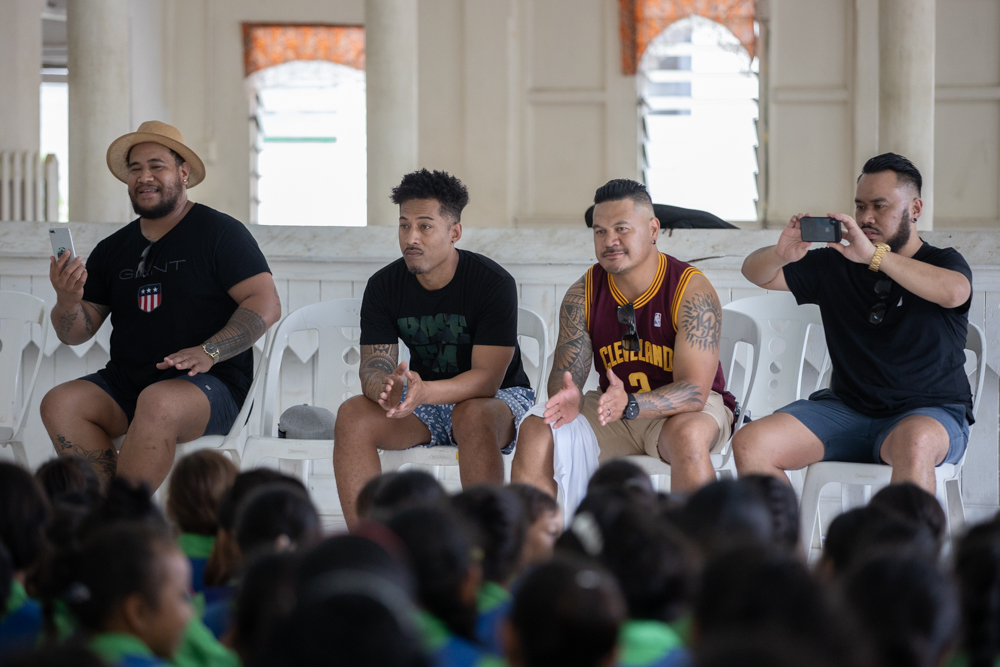