Villages 'One in Spirit' for Games and country

Regardless of the large sum of money spent by the villagers, decorating their village for the Pacific Games is about being a Samoan. (Photo: Misiona Simo)

For the villagers of Faleasi'u and Nofoali'i, preparing for the Pacific Games is more than just spending a lot of money.

It is about the spirit of giving as Samoans.

The villagers of Moamoa in Faleasiu decorated their surroundings with flags and banners, which cost more than $2,000 tala according to one of the villagers, Togiailua Fualaau Leaupepe.

"With this amount of money we've spent on these banners is huge, enough to provide for a family, but in our belief as Samoans, it's all about giving and God does the awarding," he said. 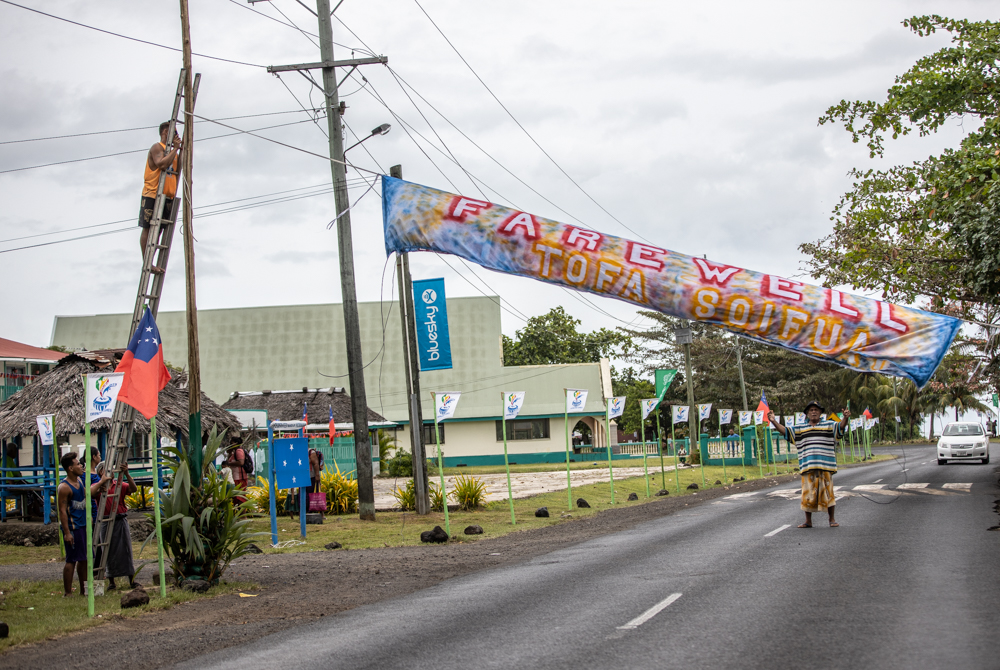 Some villagers of Faleasiu are also participating in the Games, which one of the driving factors behind the village's preparations.

The statues were carved using wood by Apelu Finau, who used his artistic skills as he was one of the Fine Arts teachers at Nofoalii Primary School.

But thanks to the support of their Member of Parliament for A'ana Alofi No. 3, Ili Setefano Ta'ateo, who provided more than 10 Samoan flags to decorate their statues and their family chief, Taimalie Ah Liki, for the Pacific Games billboard which was built on sea.

The rest of the decorations were done by the women of the village (Tamaitai o le nu'u), who painted more than 600 flags and poles and put them up on the roadsides. 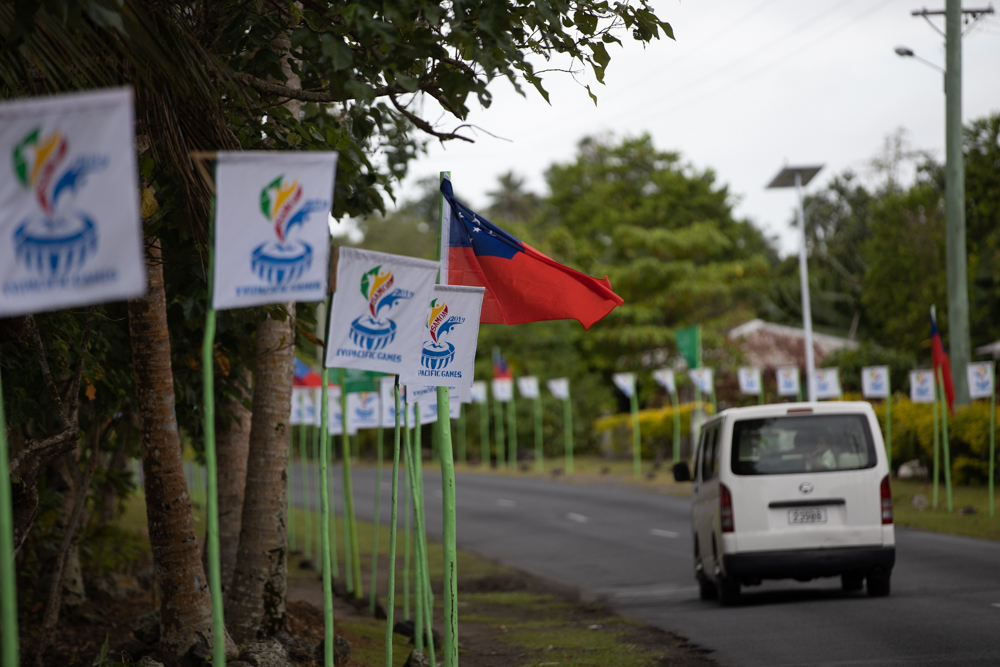 Some of the roadside Pacific Games flags in Faleasiu were provided by the Commissioner of Fire and Emergency Services Authority , Lelevaga Faafouina Mupo, who is also one of the villagers, according to Togiailua.