From Norway to Samoa, family says expensive airfares worth it

It cost the Kostol family "an arm and a leg" to get to Samoa from Norway.

But the visit to the Pacific Islands was worth it despite the high cost of travel from Europe.

Elin Kostol is in Samoa with her husband Morten and three children Martinius, Mathias and Bjorn Markus.

Elin told the Samoa Observer in an interview that it was their first visit and they are impressed with Samoa.

"We came to have fun and break from school and work and as first time visitors in Samoa, we're very impressed with the country and the system. Everything is beautiful and I we wish we could come more often," she said.

The cost of airfares from Norway to Samoa is exorbitant, which she added is an obstacle to her family making another trip in the near future.

Despite the expensive cost, they made the extra effort to travel here.

Since their arrival, the attractions, hospitality and climate of Samoa has made an impression on them.

The family has so far spent some time at the Return to Paradise Resort, which they described as “beautiful and welcoming”, and enjoyed the beaches on the southwest coast of Upolu Island.

Elin also acknowledged the hospitality of the people of Samoa, saying the locals always had a smile and were friendly during their stay. 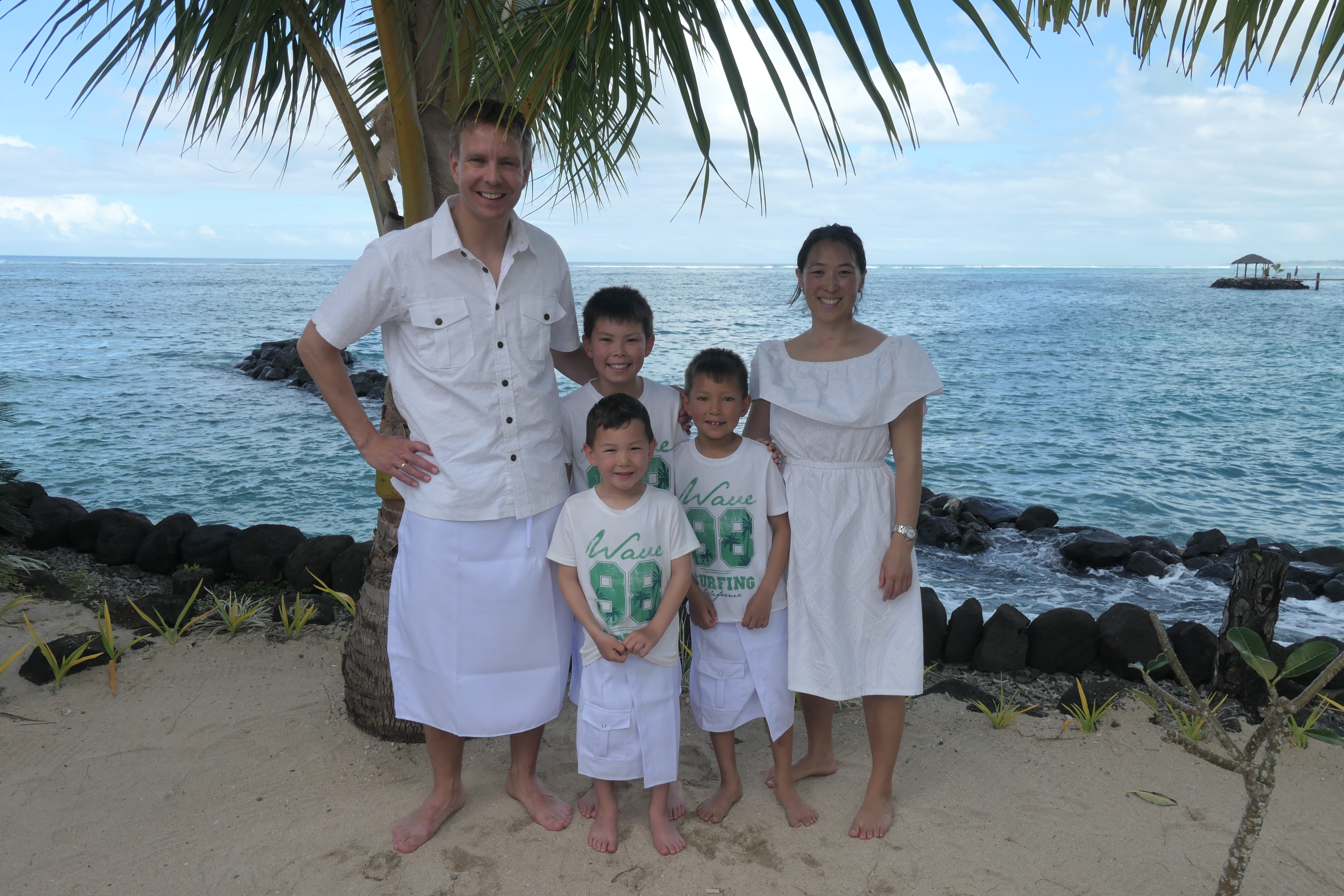 Experience of Samoan culture was another box they ticked with visits to the Samoa Tourism Authority’s cultural village to learn more the island traditions, on top of what they learnt about the umu and the tatau.

Most Samoans’ lives revolve around Christianity and the Kostol family wanted a first-hand religious experience, which saw the whole family get attired in white and attended a church service on Upolu.

"We are so grateful that we got the opportunity to visit beautiful Samoa. When we decided to travel all the way to Samoa, we wanted to get deeper knowledge about the Samoan people and your culture.

"And we have learned so much by visiting villages and met the locals. It has been a memory for life and we will never forget Samoa by our hearts forever. Fa’afetai lava," Elin added.