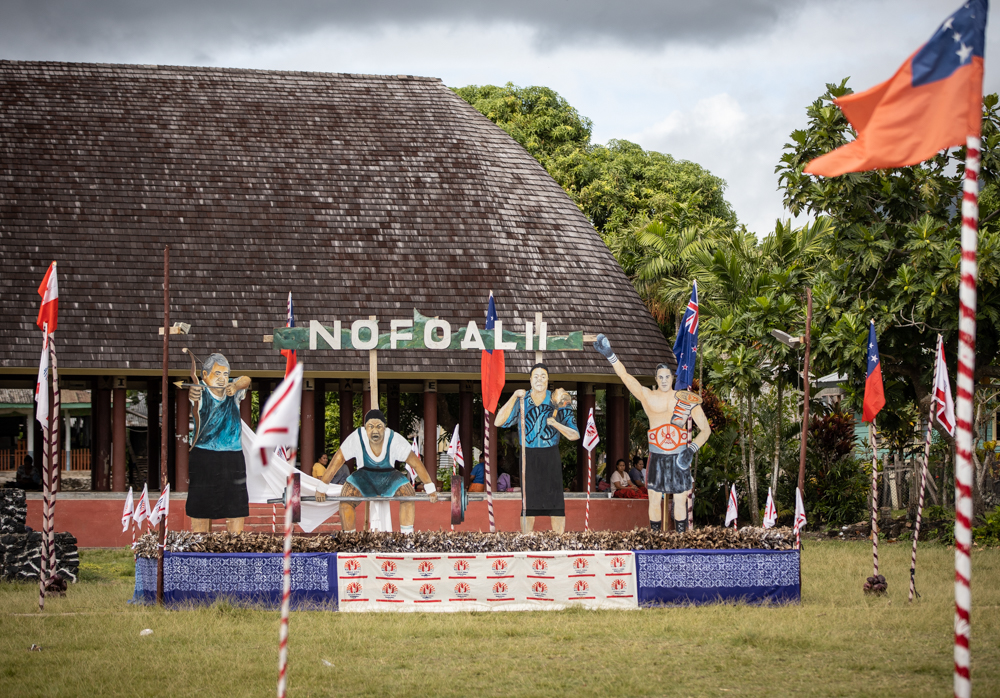 Eleven days away from the Pacific Games, the village of Nofoali'i is raring and ready to go.

On the way to and from the Faleolo International Airport, the work of the Women's Committee to decorate their village is turning heads. It is possibly the best Pacific Games display in Samoa to date.

They include Prime Minister Tuilaepa Dr. Sa'ilele Malielegaoi with his bow and arrow, signifying his confirmed participation in the 2019 Pacific Games Archery competition. 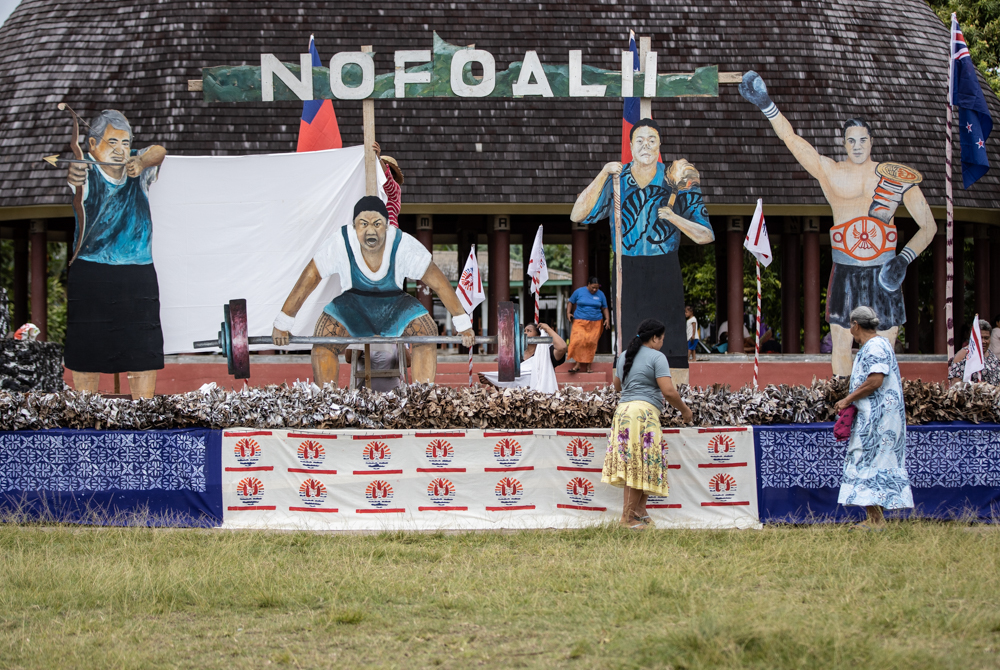 The decision to pass on the responsibility to the Women's Committee of Nofoali'i was made by the Village Council, Mrs. Afamasaga added.

“Our Village Council had a meeting to discuss the matter and they handed it over to us the women of the village to do all the preparation," she said.

“The stage with the statue are done by fine arts students and put together by the matai and the untitled men of the village,” she added. 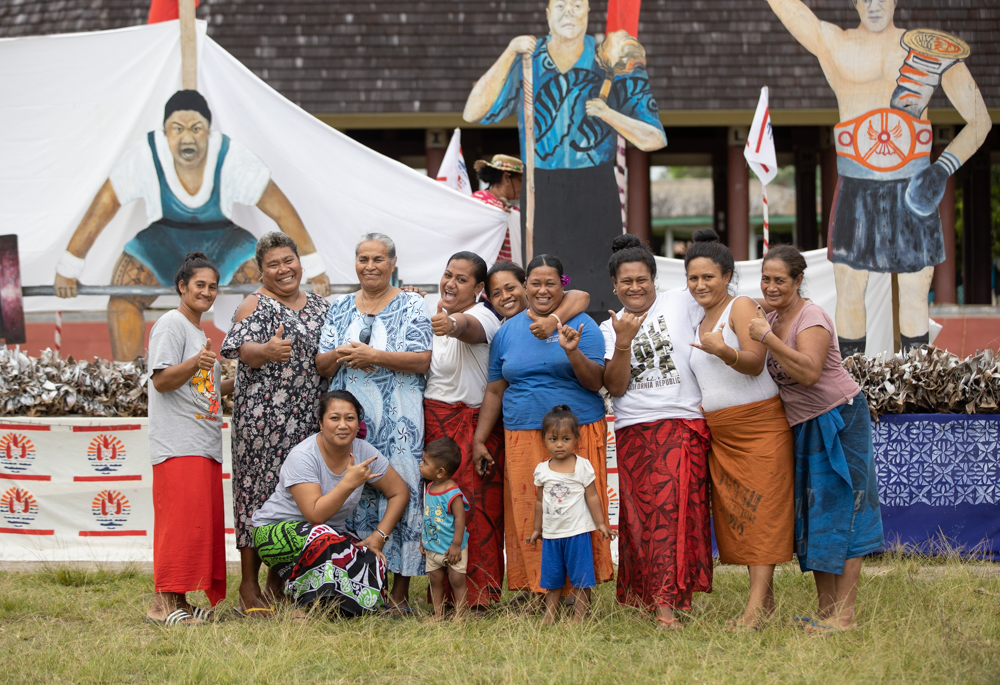 Mrs. Afamasaga revealed there was a delay in them completing the job because they did not know what country they were adopting and supporting.

She said they were later notified by the Nofoali'i Primary School that the French territory of Tahiti is the territory they are going to support.

And even though they did not know what the Tahiti flag looked like, they were assisted by students who live in Nofoal'ii village who attended Fine Art of Leulumoega — they helped to paint the Tahiti flag. 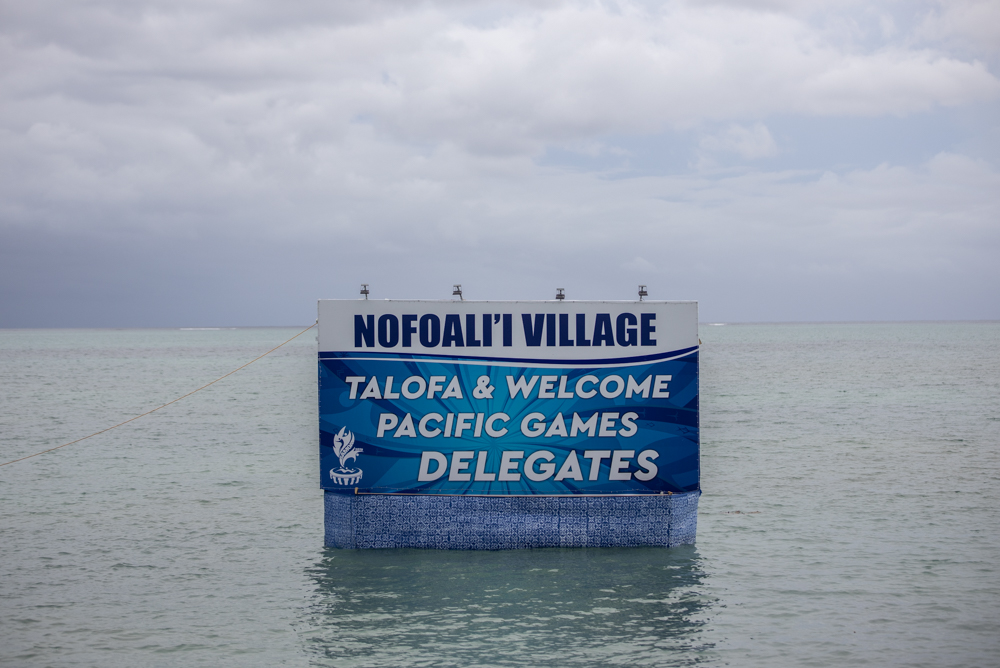 Mrs. Afamasaga said they asked their Member of Parliament, Ili Setefano Taateo, for help with their preparations and he accepted and assisted with Samoan flags and other things.

The women were also assisted by the men to move things around.

“The men gathered the sticks and put them up beside the road. We are doing this to support our country Samoa. We don't see it as a competition, we just want to show what we can do and be proud of Samoa."