Four lawyers from outside Samoa have arrived for the hearing of a criminal matter involving a former Cabinet Minister and others in relation to a nonu company.

The charges are in relation to an ongoing dispute over a nonu company called Local Partners and Associates. 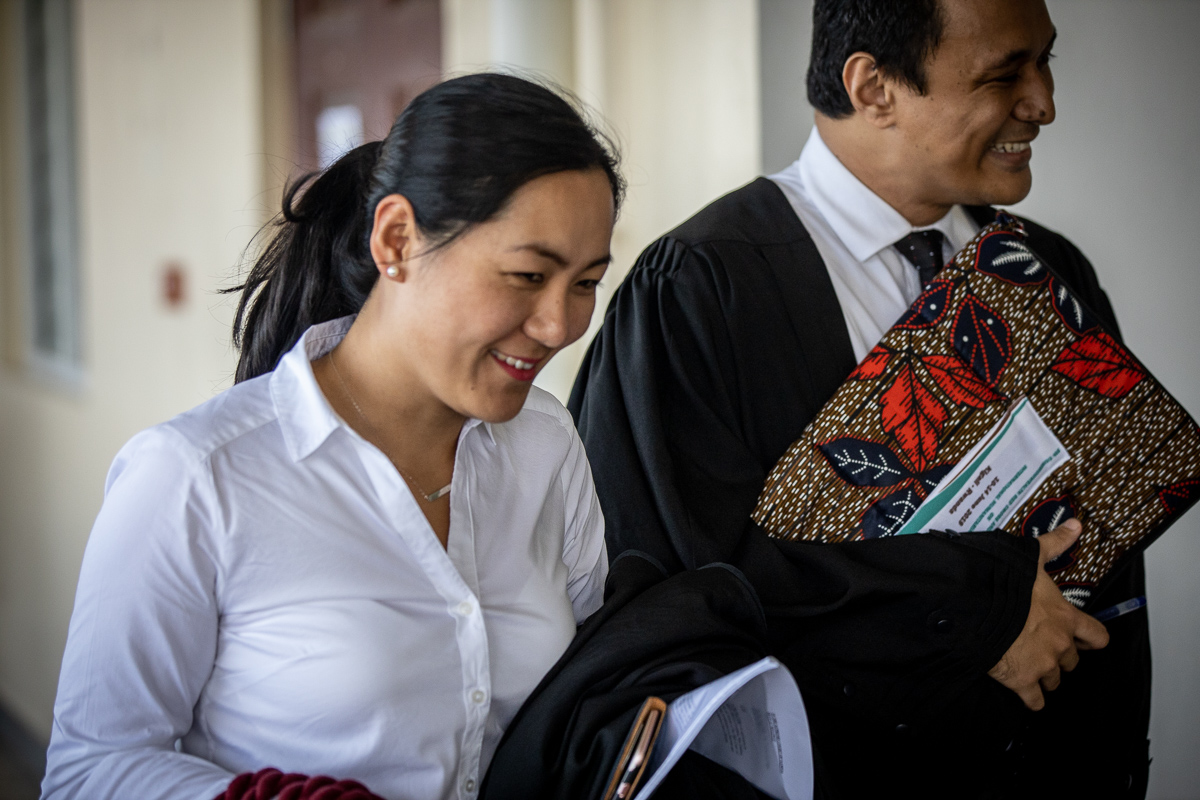 Bringing specialised skills in criminal litigation and with years of experience in fraud cases, Mr. Stephen and Ms. Li were admitted to the bar before Acting Chief Justice, His Honour Vui Clarence Nelson.

Attorney General’s office lawyer, Sefo Jnr Ainu’u filed the admission application and was the moving counsel for the overseas prosecutors.

On the other hand, Queens Counsels Kieran Raftery and Aaron John Frank Perkins have been flown in from New Zealand as defense counsels. Mr. Frank will be representing La’auli while Mr. Raftery is representing Apulu. 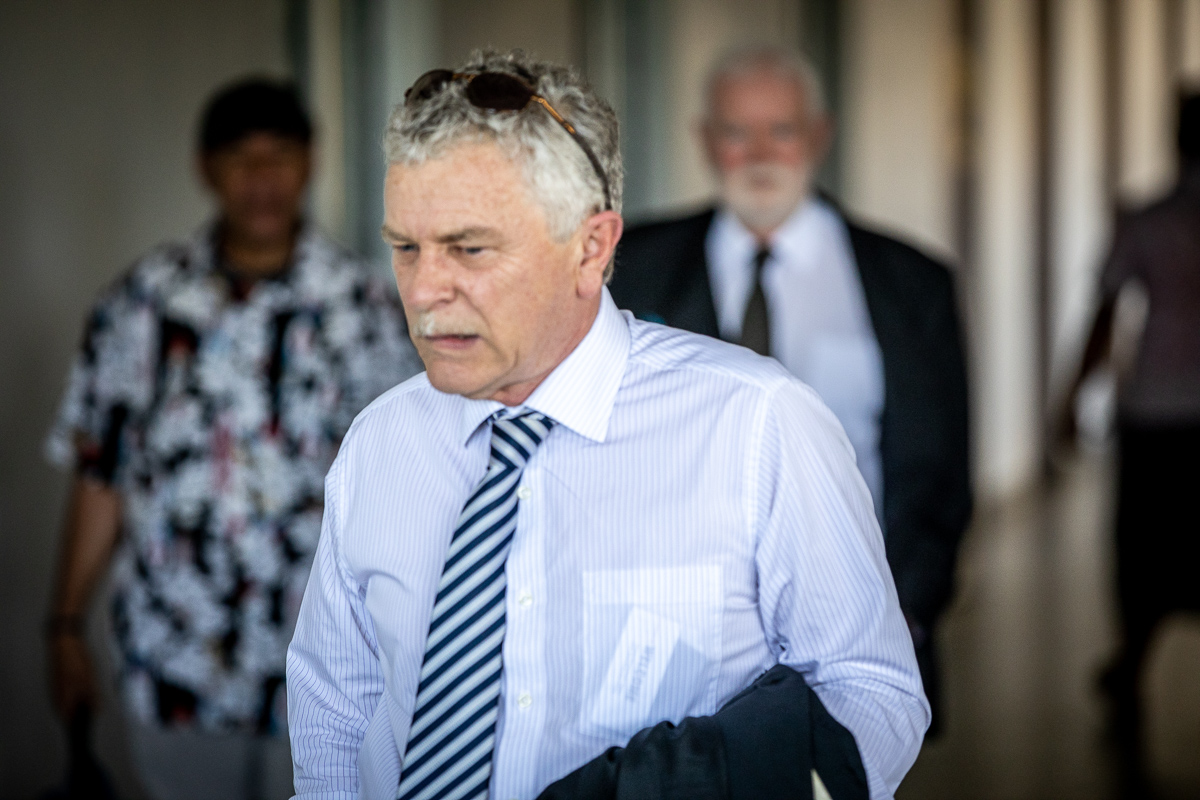 During their admission, the lawyers signed a sworn oath where they vowed to conduct themselves with all honesty as solicitors and barristers for the Supreme Court of Samoa.

The defense counsels who are both Queen’s Counsels are no strangers to the local Courts.

Mr. Raftery was brought in to prosecute during the assassination case of former Cabinet Minister, the late Luagalau Levaula Kamu in 1999-2000.

His colleague Mr. Frank was previously in Samoa in 2016 as the defense lawyer for the former National Prosecution Office Director, Precious Chang.

As for the other defendants; Mrs. Schmidt, Schwalger and Aiolupo, they will be represented by Tauiliili Harry Schuster.

Aiolupo faces seven charges of causing loss by deception and six criminal counts of theft by a person in a special relationship, while Schwalger faces one count of forgery.

All the defendants entered a not guilty plea to the charges.

The charges arise from an ongoing dispute over the L.P.A. nonu company with the defendants and another senior Member of Parliament, Associate Minister of the Ministry of the Prime Minister and Cabinet, Peseta Vaifou Tevaga.

Legal proceedings in the nonu company began in 2016 when Peseta was charged with forgery and one count of using a forged document in relation to shares of the company.

The charges were dismissed. 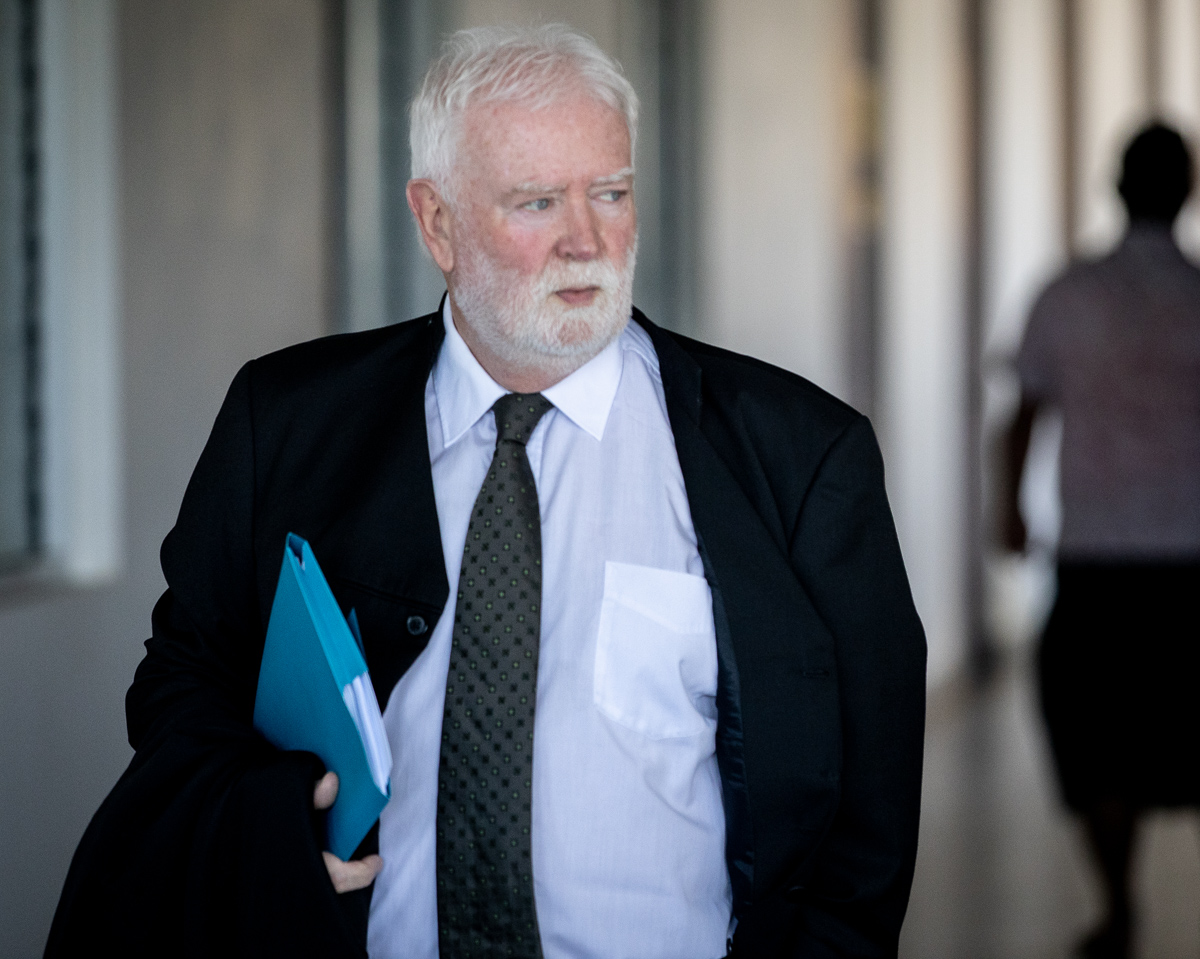 In 2017 Peseta filed a lawsuit against La’auli and others who are charged in the criminal proceedings this week.

The nonu company, L.P.A. was setup and registered in February 2013 with three stakeholders.

Before L.P.A. there was a company called Local Partners which only had two shareholders, namely Schwenke and Schwalger.

At the time when the company was established, both Peseta and Laauli were Members of Parliament and still are.

For that reason, the Human Rights Protection Party (H.R.P.P.) M.Ps made the decision not to be shareholders.

The inclusion of Apulu as a shareholder led to the changing of the name of the company to Local Partners and Associates.

Shortly after L.P.A. was set up, the company called Pure Pasifika which operated a nonu factory at Vaitele went into receivership.

L.P.A. was formed to enable the selling and exporting of nonu juice belonging to Pure Pasifika, a group of companies which had been selling nonu juice in Samoa.

At the time, L.P.A. then approached the National Provident Fund (N.P.F.) for a loan of $1.8 million to buy the nonu factory.

According to a decision in the lawsuit brought by Peseta against La’auli and others in 2017, one of the assets used to secure the $1.8 million loan from N.P.F. was land belonging to Aldan, a company in which Peseta is a shareholder and director.

Assets used to secure the loan were the former assets of Pure Pasifika acquired by LPA, which included land at Vaitele, trucks, plant, equipment, nonu juice, and personal guarantees from Polu and Schwalger.

L.P.A. took over the Pure Pasifika land at Vaitele.

In her decision into the lawsuit filed by Peseta in 2017, Justice Tafaoimalo Leilani Tuala Warren said the relationship between Peseta, Apulu, Schwalger and Laauli started to deteriorate shortly after L.P.A. started actual operations in 2013.

Key to the proceedings in 2017 was the distribution of shareholders of L.P.A. and a resolution that Peseta will hold 50 per cent shares of the company.

The lawsuit was dismissed with the ruling that Peseta is not a shareholder nor a Director for L.P.A.