The Australian government has presented two buses and ten motorcycles to the Samoa Police Service.

The Minister of Finance, Sili Epa Tuioti, accepted the new buses and motorcycles on behalf of the Prime Minister and Police Minister, Tuilaepa Dr. Sa'ilele Malielegaoi

He said the total cost of the new transport assets was approximately $400,000 tala and they got into the country just in time for the Police to use to provide security during the Pacific Games.

"We are so grateful for your kind assistance and we pray that the Police Service will be able to take good care of these vehicles so that we can improve the delivery of our services to the public," he said.

Superintendent Tuaena Lomano Paulo officiated the handover ceremony and asked for God's blessings of the new vehicles before the keynote remarks were delivered by Sili. 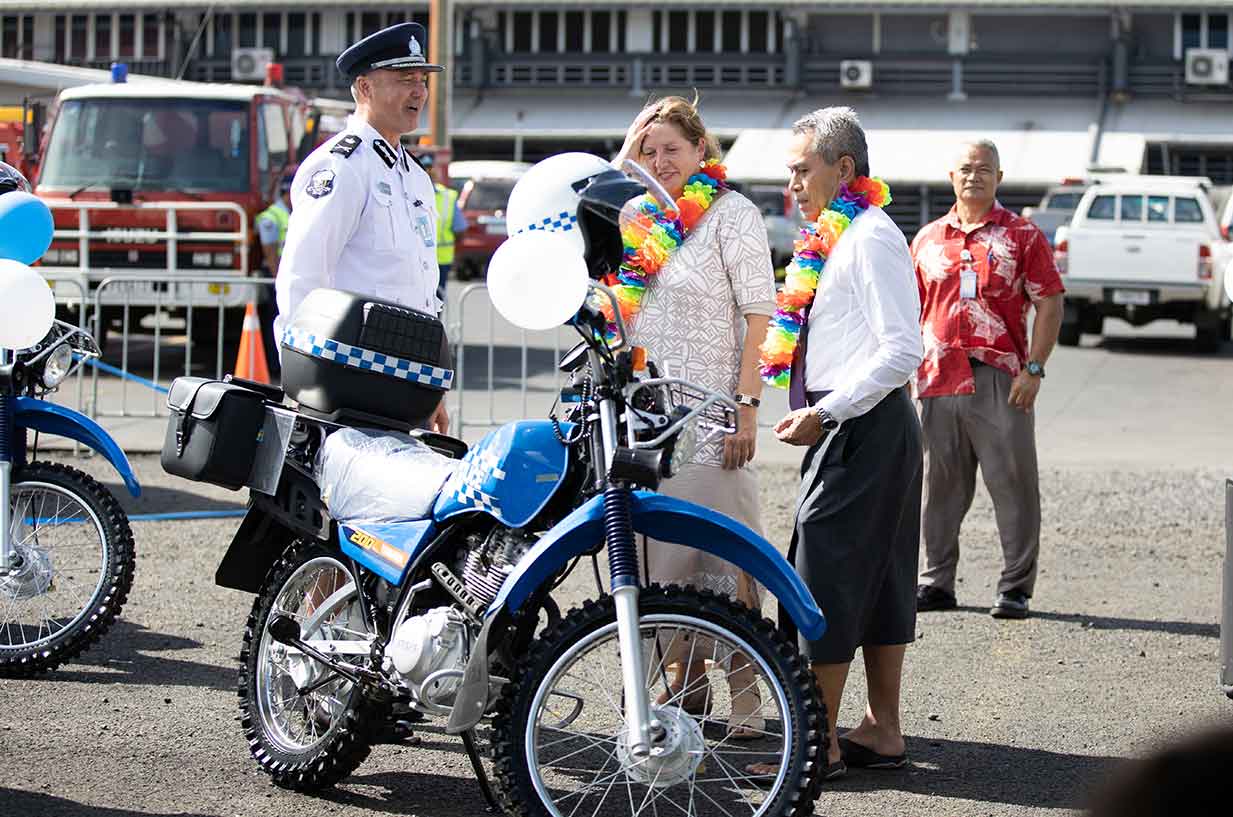 Police Commissioner, Fuiavailiili Egon Keil, said the Police Service will "most certainly" put the new assets to proper use in accomplishing —not only their daily mandates but Pacific Games duties.

The 10 fully equipped motorcycles and the two Toyota buses have also had their whole year registration and insurance paid for the Australian government, revealed Fuiavailiili.

"This is just one of many that the Samoa Australia Police Partnership does for the Samoan government, Police specifically."

The motorcycles will be used starting Monday for traffic control and other functions, while the buses will be used to mobilize Police officers to different events during the Games as well as attend to incidents, he added.

Australian High Commissioner to Samoa, Sarah Moriarty, said the Australian government is thankful for the joint effort to ensure that the preparations made are a "safe, effective and enjoyable Pacific Games experience."

"The Australian government hopes that our contribution of two 30-seat buses will prove useful in transporting the Samoa Police Service men and women back and forth from events and incidents effectively and safely. 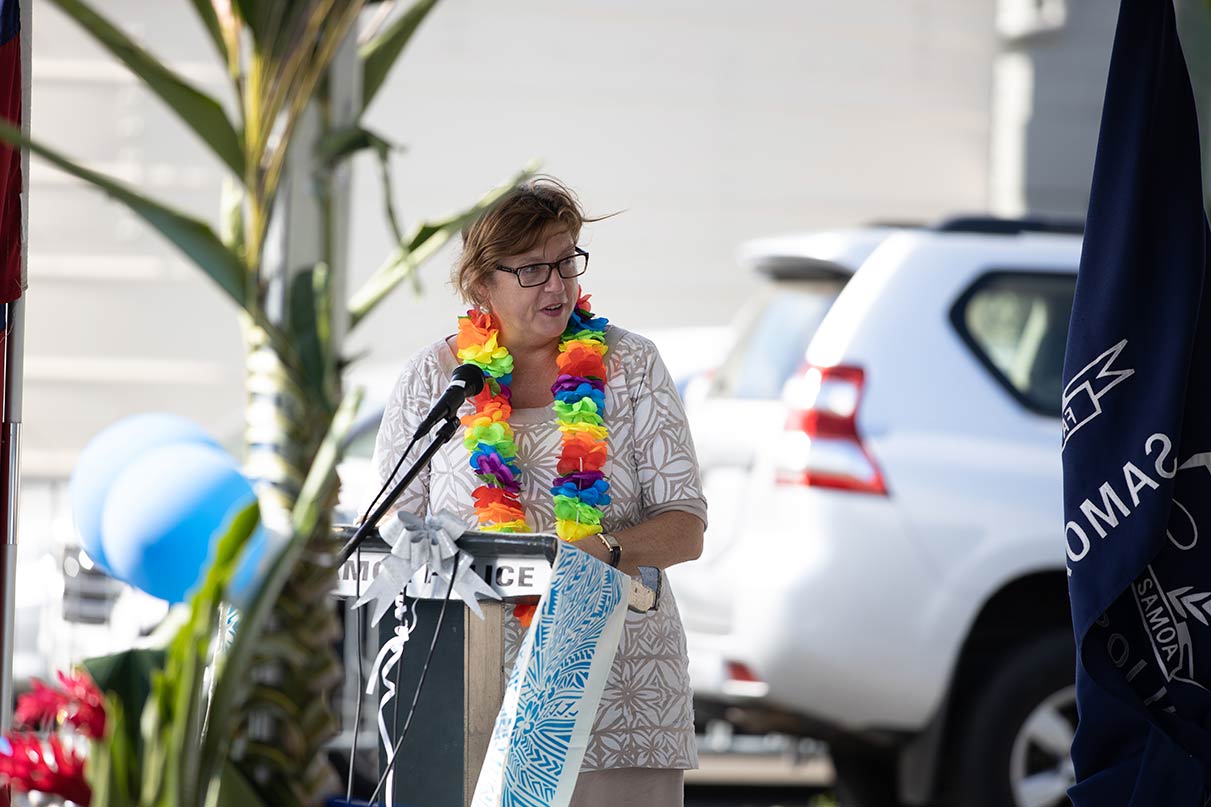 "As for the 10 motorcycles and helmets, we envisage that these will greatly increase the effectiveness of the hard working traffic Police department to respond to incidents speedily.

"With an increase in visitors to Samoa, the ability to navigate through the congested traffic conditions, especially during emergencies is the utmost importance," she said.

The Samoa Australia Police Partnership Programme has also assisted in the establishment of a command center at the Police Headquarters, which Ms. Moriarty said comes on top of the building and other operational equipment such as metal detecting wands and folding gazebos.

"While the Pacific Games family is 'One is Spirit', Australia and Samoa are one family standing strong together.

"We’re standing beside Samoa to ensure the safety, security and the protection of the community and country and the athletes, officials, friends and family who will be visiting this beautiful country," she added.