Minister of Education, Sports and Culture, Loau Keneti Sio who is also the Pacfic Games Committee Chairman was the first to hold the torch (Photo: Vaitogi Asuisui Matafeo)

The official launching of the torch for the 2019 XVI Pacific Games was held at the Mulivai Cathedral early Monday morning.

The torch was lit after a church service was held to officially mark the start of the 2019 Pacific Games torch relay.

“This is the official lighting of the torch to signify the start of the Games,” he said.

“It’s a great privilege for us to have this Games here in our country and so the torch relay starts now,” he told Samoa Observer.

Loau said the torch will now travel to Salelologa where the relay will start and return to Upolu on Friday.

Next Monday it will start its last leg which will end next Friday, July 5.

Beijing 2008 Olympics silver medalist, Ele Opeloge, has been selected to light the torch at the official opening ceremony, added the Minister. 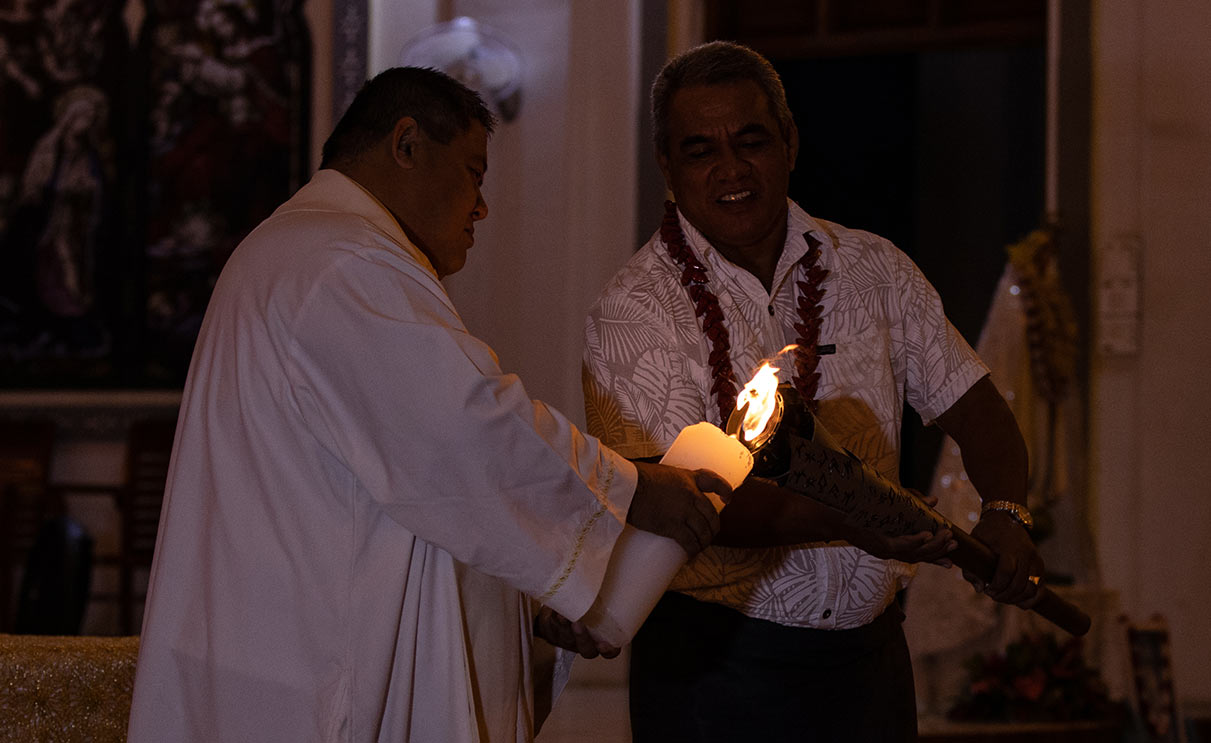 “More than 900 people have been chosen to run with the torch,” she said.

The flame will remain lit throughout the two-week duration of the Pacific Games and will be extinguished at the end of the closing ceremony, added Afamasaga.

“The torch bearers have been selected from students of primary schools, colleges, national athletes as well as sponsors of the Games.

“I wish to acknowledge the support from the community, parents, schools and major sponsor for their support in making this torch relay a success," she said.

Loau also acknowledged the support of the schools and the villages that are in the path of the torch relay in the next two weeks.

“Their support though the extraordinary decorations of villages and schools where the torch relay of the XVI Pacific Games will journey through is deeply appreciated,” he said.