It’s not how you start; it’s the end that matters.

For Samoa’s golden girl, Feagaiga Stowers, that describes her goals and aspirations as she continues to climb the ladder of success in her sport of weightlifting.

The 18-year-old is already a Commonwealth Games champion.

Two weeks ago, she added a Junior World Championship gold medal to her impressive collection, which is likely to grow even bigger with the Pacific Games a couple of weeks away.

But the future wasn’t always this rosy. Speaking to the Samoa Observer, Stowers is full of gratitude. She is a grateful young woman.

Her potential was discovered when she was under the protection of the Samoa Victims Support Group (S.V.S.G.). She had been there as a survivor of a sexual crime when the President and Coach of the Samoa Weightlifting Federation, Tuaopepe Jerry Wallwork, discovered her when they visited to present a donation in 2013.

“Tuaopepe invited any of the girls who would want to join weightlifting,” she recalled. “Then me and the other girls volunteered.”

It wasn’t easy, she said.

“It was very hard at the beginning but somehow I grew to like it.

“At the start, the bar was very heavy. Everything was hard but I was determined to stick to it.”

There was also the price to pay.

“Discipline is important,” she said. “Sometimes I want to go with the children to watch a movie but that is the same time for me to go for training.

“So I choose to prioritize my training.” 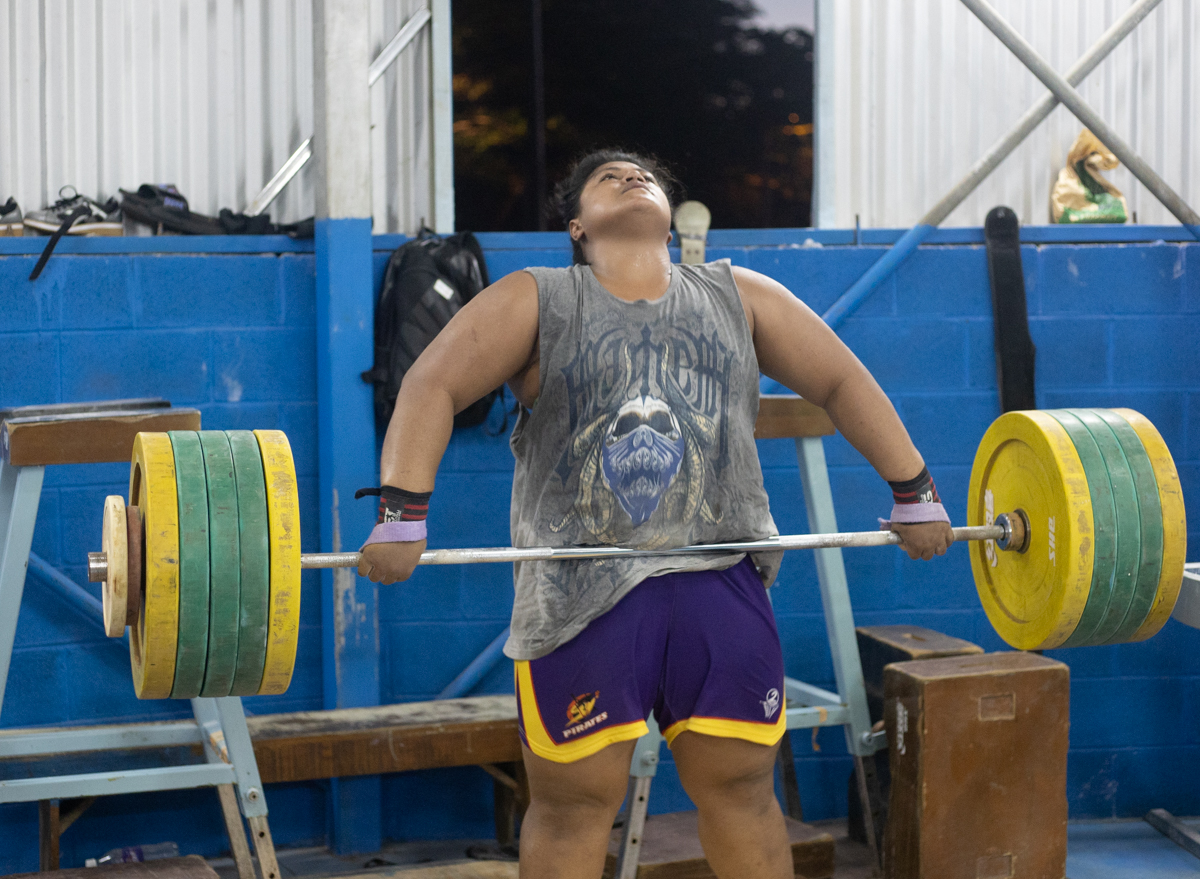 During the interview, it was clear that Stowers did not wish discuss anything to do with her family and what led her to the S.V.S.G.

But she was extremely grateful to God and everyone who has helped her along the way.

“My S.V.S.G. family is always supporting me, especially mama Lina who has been there for me, cheering me on and helping me to achieve great things in life,” she said.

Mama Lina is the President of S.V.S.G., Siliniu Lina Chang.

“My sisters and brothers at the campus of hope are the ones that give me the confidence throughout my competitions,” she said.

The meaning of success to her is making a change for herself personally and motivating others to do the same.

“I like the sport of weightlifting because it gives me power and it challenges me personally,” she said.

As for the future, her eyes are firmly fixed on doing well at the Pacific Games.

“My preparations for the upcoming games are getting tough and especially because I have to compete in front of my country.

“It’s different from my other competitions overseas which is why I have to do my best in front of country.”

Stowers won her first gold medal in the women’s over 90 kilograms weightlifting at the Gold Coast 2018 Commonwealth Games.

“It never crossed my mind that I would become a gold medalist,” she said.

“In all honesty it was hard for me but I tried my best to compete and in the end felt so relieved because it was my first gold medal representing Samoa.

“My dream is to be the best weightlifter ever. I want to win gold at the Olympic Games next year which is why I am training hard – having qualified for the Olympics is very significant for me.

“But it requires a lot of preparations and training not only physically but also mentally.”

Stowers is an advocate of the Positive Movement – a campaign which is focused on eliminating violence against women and girls.