It was organised by local multi-sporting promotion company Samoa Events and was divided into four categories of 21.1km, 10km, 6km and 4km.

Samoa Events director Afoa Seti told Samoa Observer that the annual race had a total of 30 participants this year and started from Taufua Beach Fales and went as far as Samusu, and up the hill halfway to Tiavea for the half marathon which started at 6.30am.

The ages of the runners ranged from 11 to 69 years with Afoa indicating that no records were broken in this year's race.

"Lalomanu is one of the pristine places in the South Pacific. That’s a tourist attraction and a lot of people stay there and that’s why we use Lalomanu as one of our venues for the half marathon," he said. 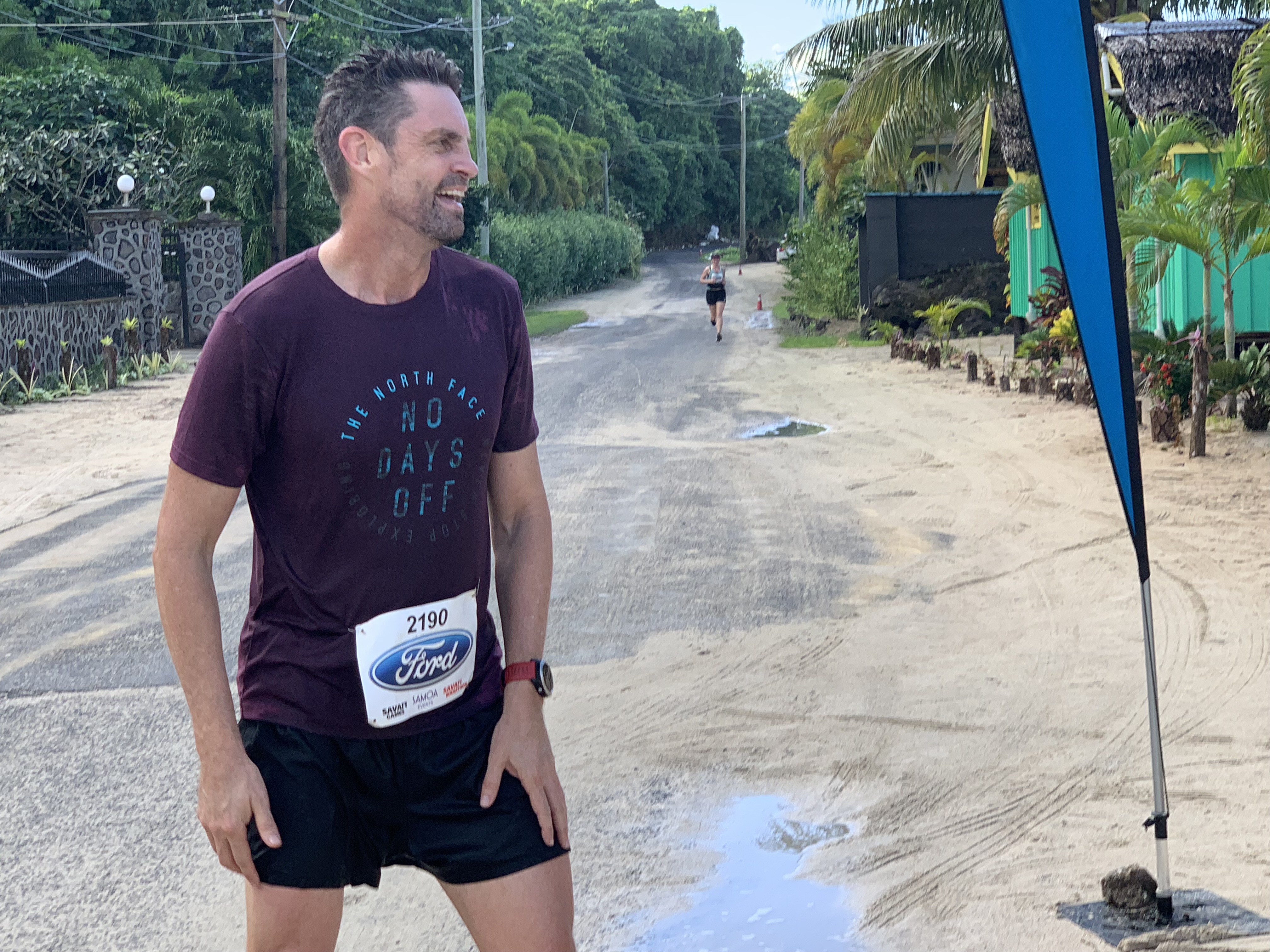 Afoa said Sachin Desai from the U.S. led from the start to the finish in the half marathon with a time of 1:43:58 and "he was untroubled".

"Some of the folk they came earlier last week so that they can get climatized to the heat, and they will be here for the entire weekend and they said it was a very good thing for them to come early.

"It was a good thing because the heat is something that is different from New Zealand and even in Australia," he added.

These runners included Andy Smith and his wife from Auckland, who found the heat a big challenge.

"He held second place during the first half of the race until the hill at Samusu, then the heat and the hill took their toll and he slowed down to conserve energy allowing Matthew Howden to take second place," said Afoa.

Andy said he was happy to fly into Samoa early and get a feel of the country's climate before participating in the event. 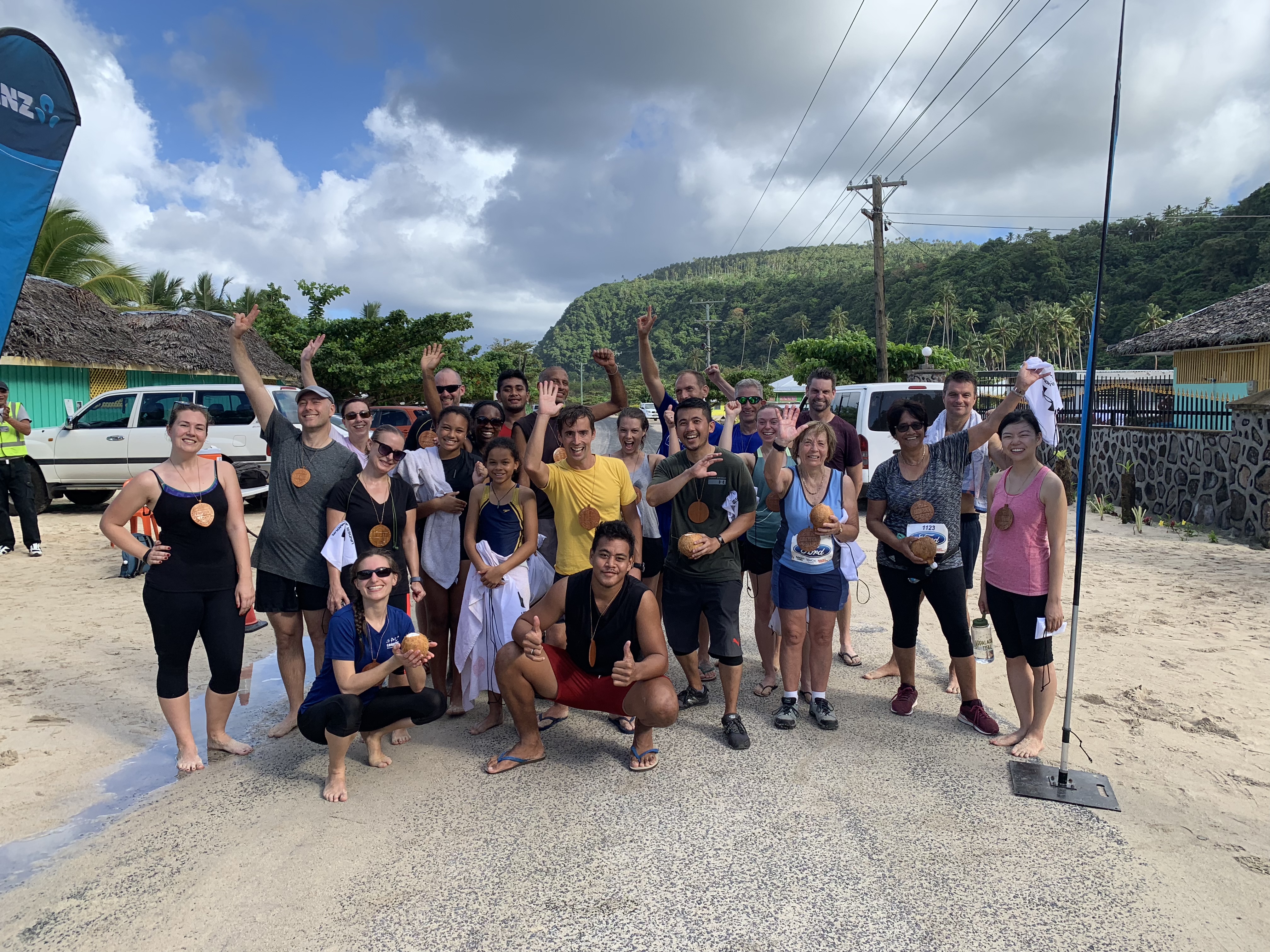 Afoa said the half-marathon caters mostly for those from abroad, which is an event gives them something to come away to during winter season in their home countries.

Friends Christine and Rahaera of Rotorua in New Zealand, who are both in their 60s, said they targeted the half-marathon as part of their holidays in Samoa and walked the entire distance.

Samoa Events will host another similar event in August this year on the big island of Savai'i, called the Lava Half Marathon in Manase. 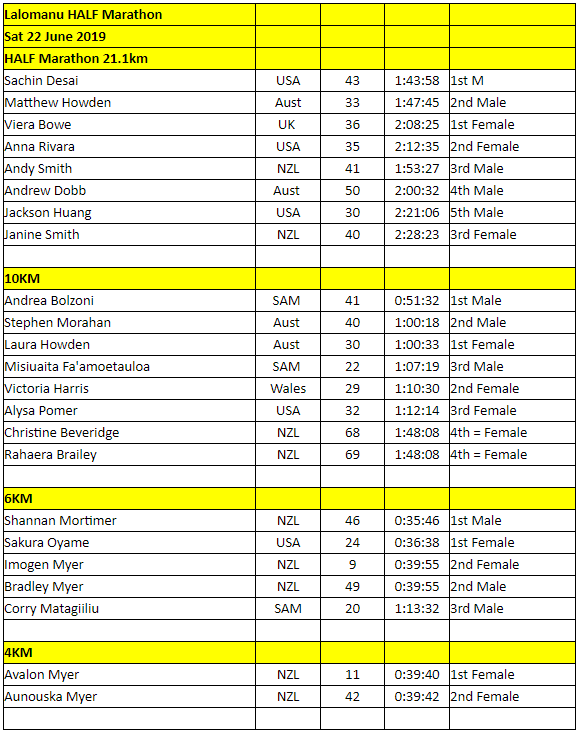