Students from four colleges around Upolu planted more than 200 tree saplings to assist the government with the “Two Million Tree Planting Campaign”.

Held at the Faleolo Reserve last Friday, the intiative from the schools was a collaboration between the between the Forestry Division through the “Two Million Tree Campaign” and the "IMPRESS project" of the Renewable Energy Division. 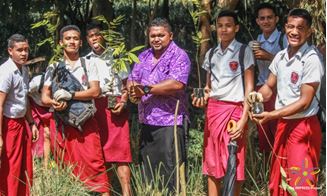 A.C.E.O. for the Foresty Division, Moafanua Tolusina Pouli, in his keynote address, said: “Our national effort is to restore vegetation and forest cover in Samoa using various native Trees that are nurtured by the Forestry Division.

“A healthy forest can restore various biological services that are essential to our human dependence such as water catchment, atmosphere purification, ecological niches and habitat for species.

“This is also an opportunity to cooperate with the IMPRESS Project to promote the importance of sustainable developments through the eradication of invasive species which are dominating most of the lands in Mulifanua,” said Moafanua in a statement from the Ministry of Natural Resources and Environment (M.N.R.E.). 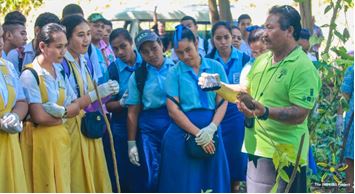 Only four native species were selected by the forestry division to be used for the event, which included Tava, Leva, Fao and Malili.

Moafanua added: “these native plants are very suitable for coastal areas given its elevation and its distance relative to the ocean.”

A.C.E.O. Renewable Energy Division, Vanda Faasoa Chan Ting said: “Our partnership with Forestry Division is to promote the next step for renewable energy in Samoa.

“At the moment we are now constructing the 750kW Biomass Gasification Plant at Afolau and we will be harvesting only invasive species found at certain and allocated plots of Afolau. 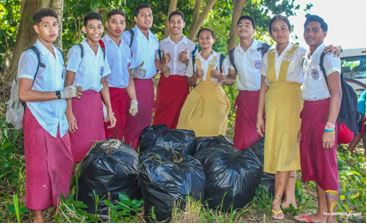 “The new technology will assist Samoa in meeting its target goal of 100 percent renewable energy target for electricity generation by the year 2025. Today’s (last Friday) event is to ensure that our students are well aware of sustainable developments that will benefit all of Samoa in years to come.

“The event also promotes the ongoing replantation of Native species to offset the harvest operations which will take place at allocated plots of Afolau lands for the Biomass Gasification Plant.”

M.N.R.E. acknowledges the continuous support of our Donor – G.E.F. in financially assisting our Government in the implementation of this initiative to further improve the development of the energy sector in Samoa.