Jamie Seu, a.k.a. undefeated Impact Pro Wrestling New Zealand Heavyweight Champion Jamie Tagataese, said his professional wrestling career to date has all happened so fast. The 23 year old Samoan-New Zealander of Fagali’i and Vaivase-uta said he didn’t expect his storyline and career to progress so quickly.

“It’s been a crazy ride.

“It’s truly a blessing, and I’m just enjoying the ride.” 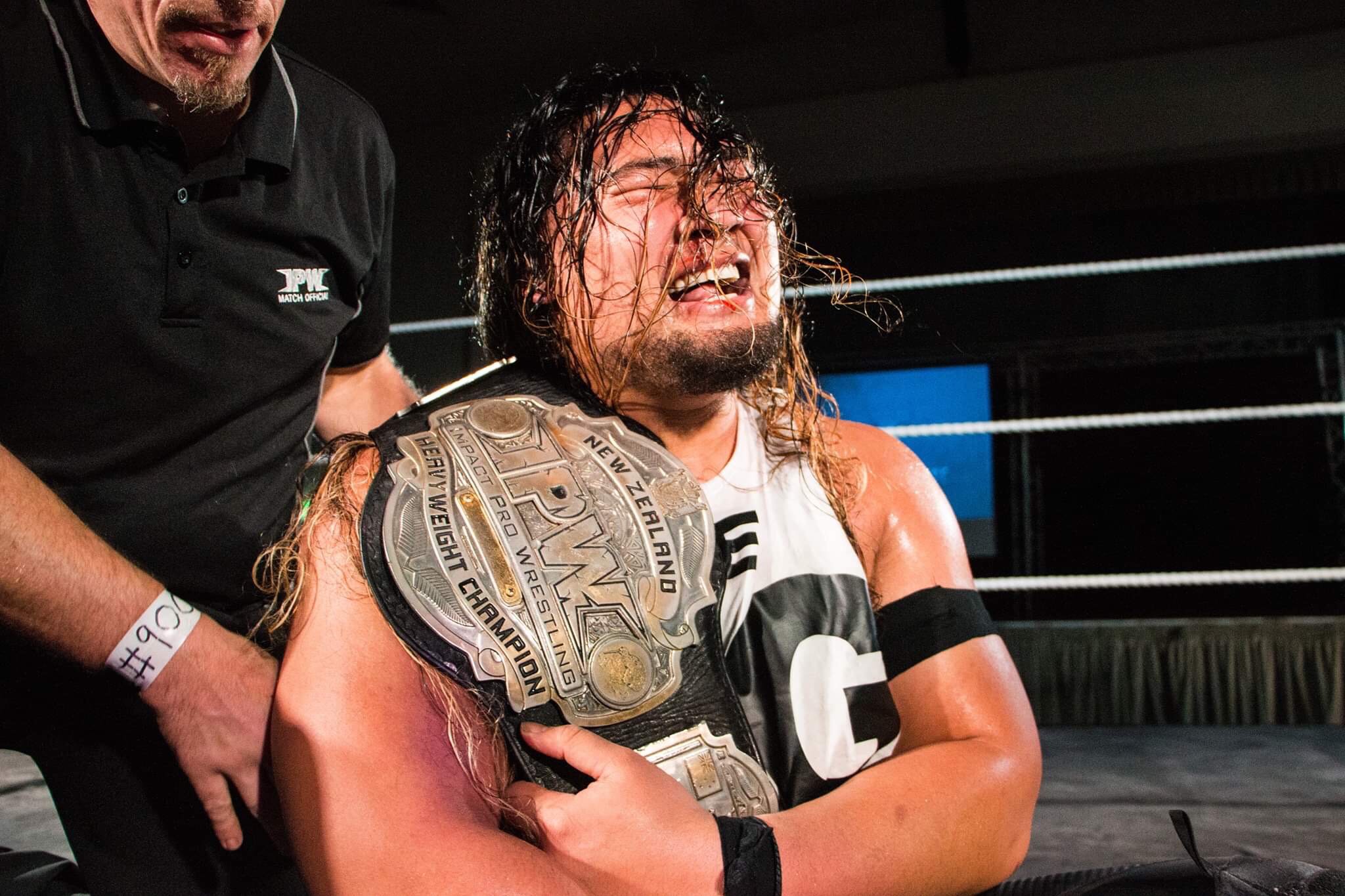 He said to wrestle professionally has always been a dream of his.

“Growing up in New Zealand, and growing up in the environment I grew up in, you would think a dream that big isn’t possible, given that dream is all the way out in the States or Japan.

“And you’re all the way here in little old New Zealand.”

Seu said he’s not sure how but he clearly remembers a childhood moment that sparked his interest in wrestling.

“My dad would just switch on the TV, and it was W.W.F. (World Wrestling Federation) at the time

“I just remember the whole screen being red, and I saw Kane with the mask.

“And I was like damn, this guy is sick.

“That’s when I fell in love with the whole aspect of wrestling, the storylines, not only the physical part of it but also the theatrical part of it.

When Seu decided to chase that dream and look into it, he was surprised to find there were so many New Zealand Wrestling promotions.

He saw I.P.W. had sent two wrestlers to WWE, and one to New Japan Pro-Wrestling.

“I’m like, whoa this is actually possible,” Seu said.

He jumped in and began wrestling training in January 2017.

However he still hadn’t come up with a ring name with his debut approaching one year later.

“One of my trainers just brought up Tagataese,” Seu said.

He thought it was pretty cool, and thinks ‘different person’ is a good fit because he is unique. 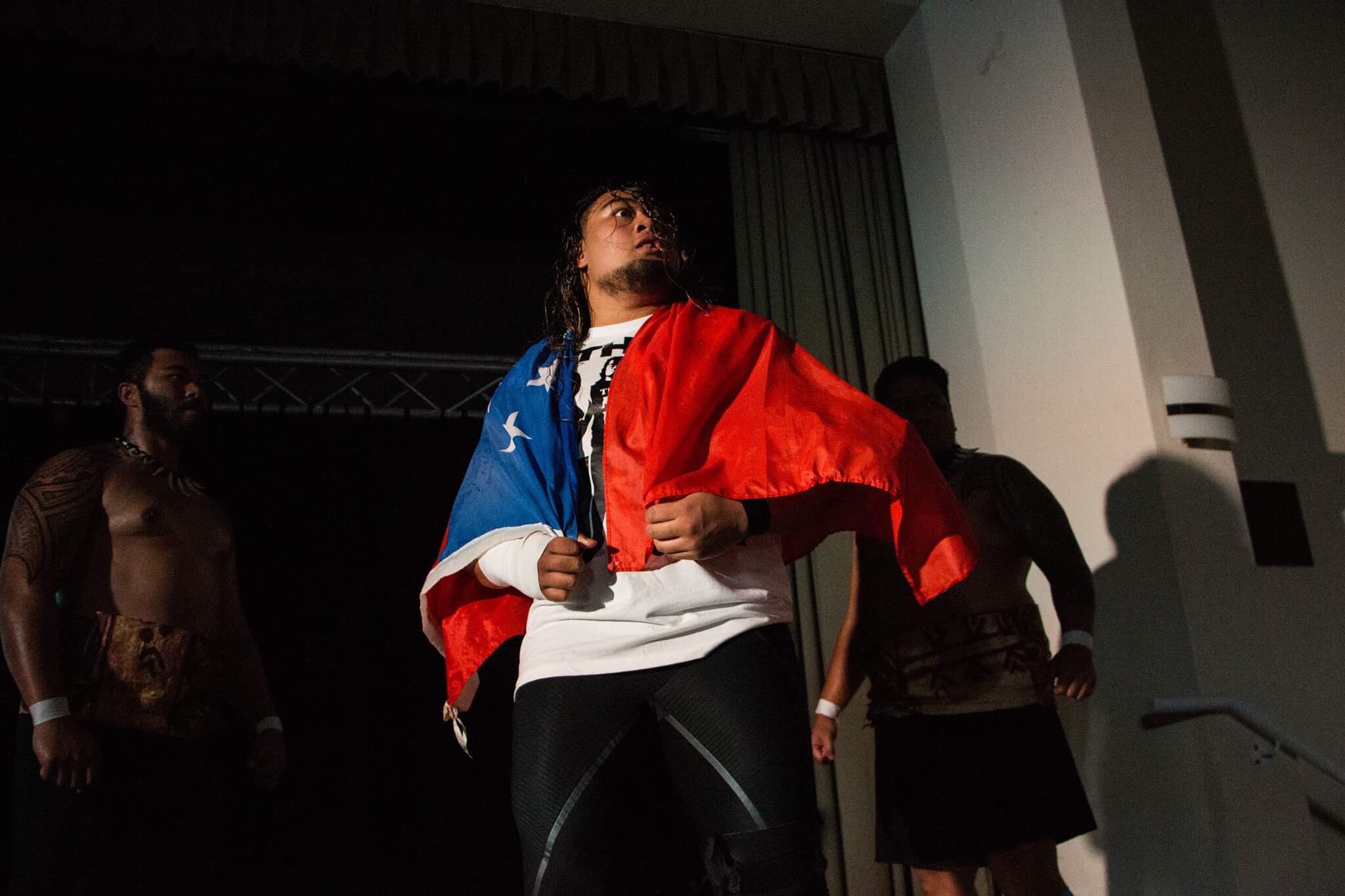 Seu wants to stand out within I.P.W., and then the whole New Zealand wrestling scene.

“In the hopes that one day a company notices me and signs me up.”

The school offers a three month course, and graduates get the chance to train towards a New Japan Pro-Wrestling contract.

“That’s a route I’d like to take as well, but first I wanna make my name here in I.P.W.”

Seu said he wants to build the promotion up around New Zealand.

“Getting to know the whole crew, my classmates trainers and the boss, not only do I love performing and entertaining, I love this business even more.”

Seu’s “day job” is working the graveyard shift as a machine operator at Tasti, which he balances with three trainings a week.

“I can catch a bit of sleep at home before I shoot off to work, after those night trainings,” he said.

The I.P.W. wrestlers all have other occupations as well.

“We do get paid a little, but honestly I never joined this school to get paid.”

Seu said it’s a good start, but the ultimate dream is to take up a full-time contract.

“Travelling around the world and wrestling for a living.

“It’s a lot of hard work and sacrifice, but I’m willing to do all of that, and I know it’ll be worth it.”