An 18-year-old Samoan girl — who was a recipient of the Commonwealth Secretary General's Innovation for Sustainable Development Award — has invited United Kingdom's Prince Harry, the Duke of Sussex to visit Samoa.

Leilua Lino shared her story about being a victim of sexual abuse earlier this month, during a garden party celebrating the Commonwealth’s 70th anniversary at the Marlborough House in London.

Ms. Lino said it was first her time on an airplane accompanied by the Samoa Victim Support Group’s president, Siliniu Lina Chang.

“I was a little scared because we don’t know what can happen, mind you there are tragedies on planes but I was very confident that God was there to protect me and Siliniu, and I was also assured with the thought of my brothers and sisters at the shelter praying for us.

“During my time in London we went through so many interviews and I was very humbled when I first met Prince Harry because I credit God for the opportunity that was given to me,” she said.

Speaking to the Samoa Observer she said despite the hardships she went through, God was always there for her.

“As I stood before the crowd in my mind I pictured that I was speaking in front of my brothers and sisters at the campus, there was peace within me despite a little nervousness because my spoken English was not very good but did not stop me.

“I thought that if I did not speak before the crowd, they might think that Samoans do not know how to speak English. Before concluding, I invited everyone to come visit us in Samoa, especially Prince Harry.

“Prince Harry thanked me for having the courage to speak up about my past experiences, he said if it happened to him he would not open up instead he would keep it to himself or share only with his family,” she added.

Ms. Lino said she did not feel any pride after her conversation with Prince Harry.

“All that came to my mind is to glorify God for all that he has done. He gave me the courage to share my story in front of so many people.

“The funniest part of my experience was when I corrected the announcers because they said I was 20 years old but in fact I am only 18,” she said. 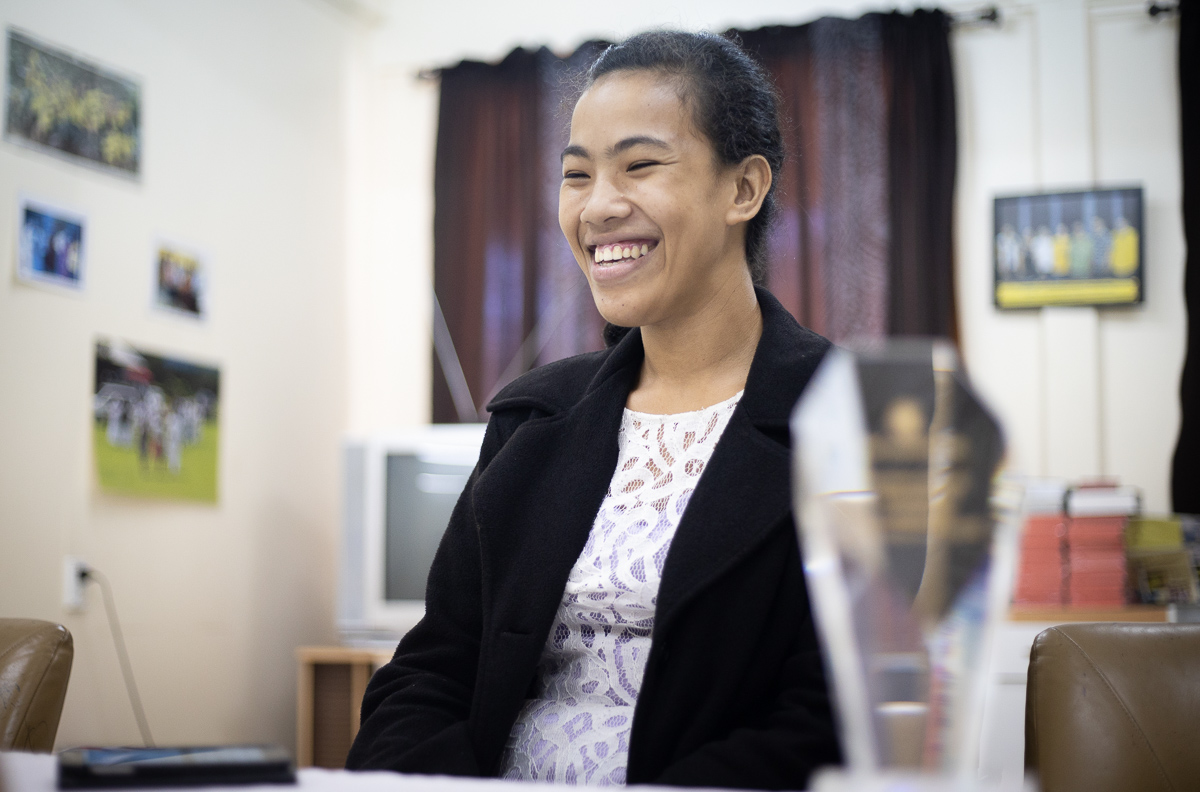 She hopes her actions will help other victims to speak out because staying quiet may lead to people committing suicide.

“Life is a gift from God which we cannot give up by ending it.

“I am still working on my Positive Movement campaign which is focused on eliminating violence against women and girls - so far I have visited more than 45 schools in Samoa for colleges and primary schools,” she said.

She had some doubts when she first started the campaign on whether it can make a difference in her life.

“After sharing my story at one of the schools, a little girl came up to me in tears and shared her struggles and that was when I realised that our campaign makes a difference.

“I want to save lives by sharing my story for others to hear especially those that are without hope and can’t see a way out. I want to be an ambassador to help those who are victims of any in need of help,” she said.

Ms. Lino thanked various people for helping her throughout her journey.

“I would like to acknowledge everyone who helped me like Siliniu, despite my being difficult at times she would always be there, also the members of S.V.S.G., my brothers and sisters at the campus for their prayers.

“Supreme Court Justice Vui Clarence Nelson for everything that he did to support me during my trip and not forgetting everyone who has donated gifts at our shelter, may God bless you all.”