The Chinese government has handed over new and refurbished sporting venues and facilities to the Samoa Government for next month's Pacific Games.

During the official handover ceremony Thursday, Prime Minister Tuilaepa Dr. Sa'ilele Malielegaoi acknowledged the support of the Chinese government for Samoa in the "miracle Games".

He then thanked Chinese workers and engineers for working behind the scenes to ensure the projects were completed on time. 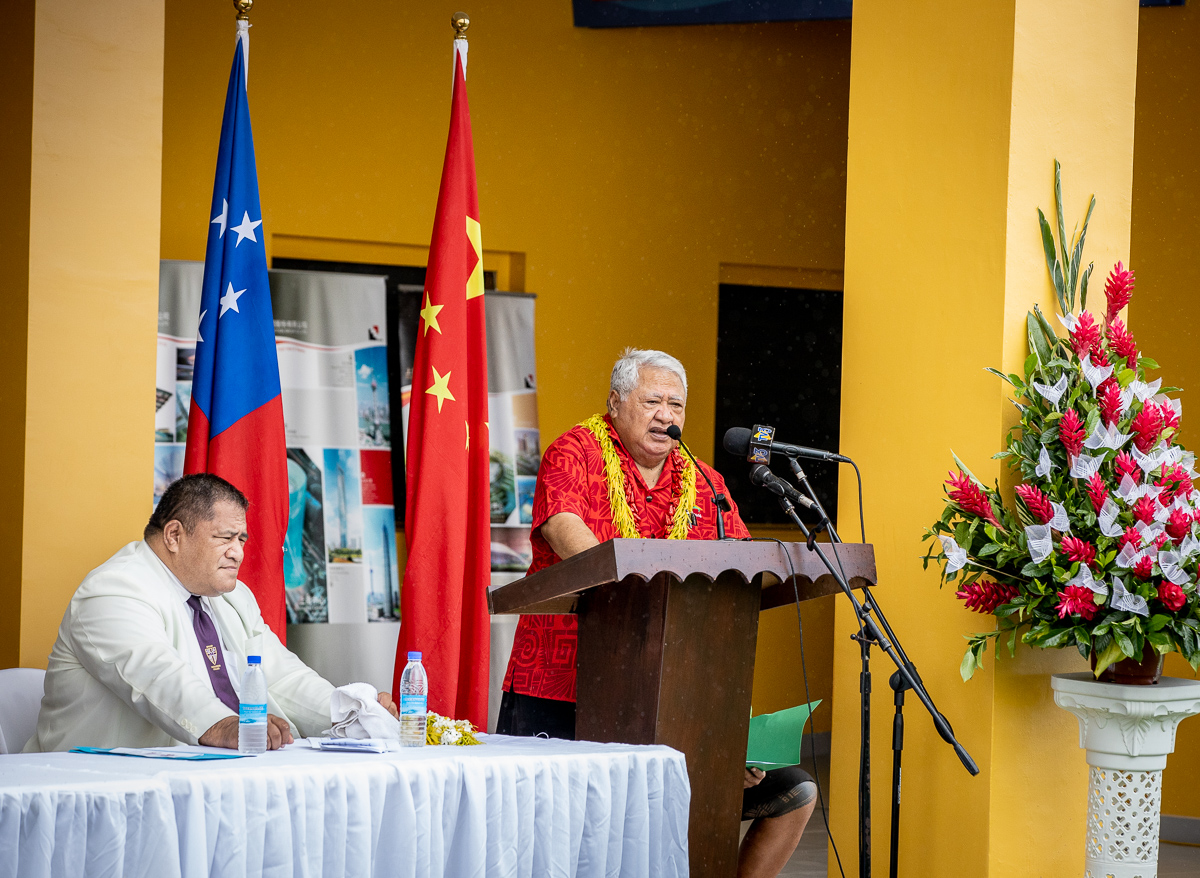 "I would like to thank the 200 Chinese engineers and workers form Anhui Construction as well as the Shanghai Construction, who have been working tirelessly to complete the construction of the multi-sport center, as well as executing renovations of sports facilities where the games will be held," he said.

"Samoa and China have grown from strength to strength in their diplomatic relations stretching all the way back to 1975. Since then our friendship and ties have continued to flourish, benefiting the development of many sectors of Samoa’s economy, including education health, sports, agriculture, tourism, human resource development and infrastructure.

"On behalf of the people and the government of Samoa, I would like to thank the government of the People’s Republic of China through the China Aid programme, which has been of immense assistance to us in support of the miracle games," he said.

Tuilaepa said the construction of the new gymnasium would align with Samoa Government's vision to grow the Faleata sports complex as the sports hub for Samoa and the Pacific region. 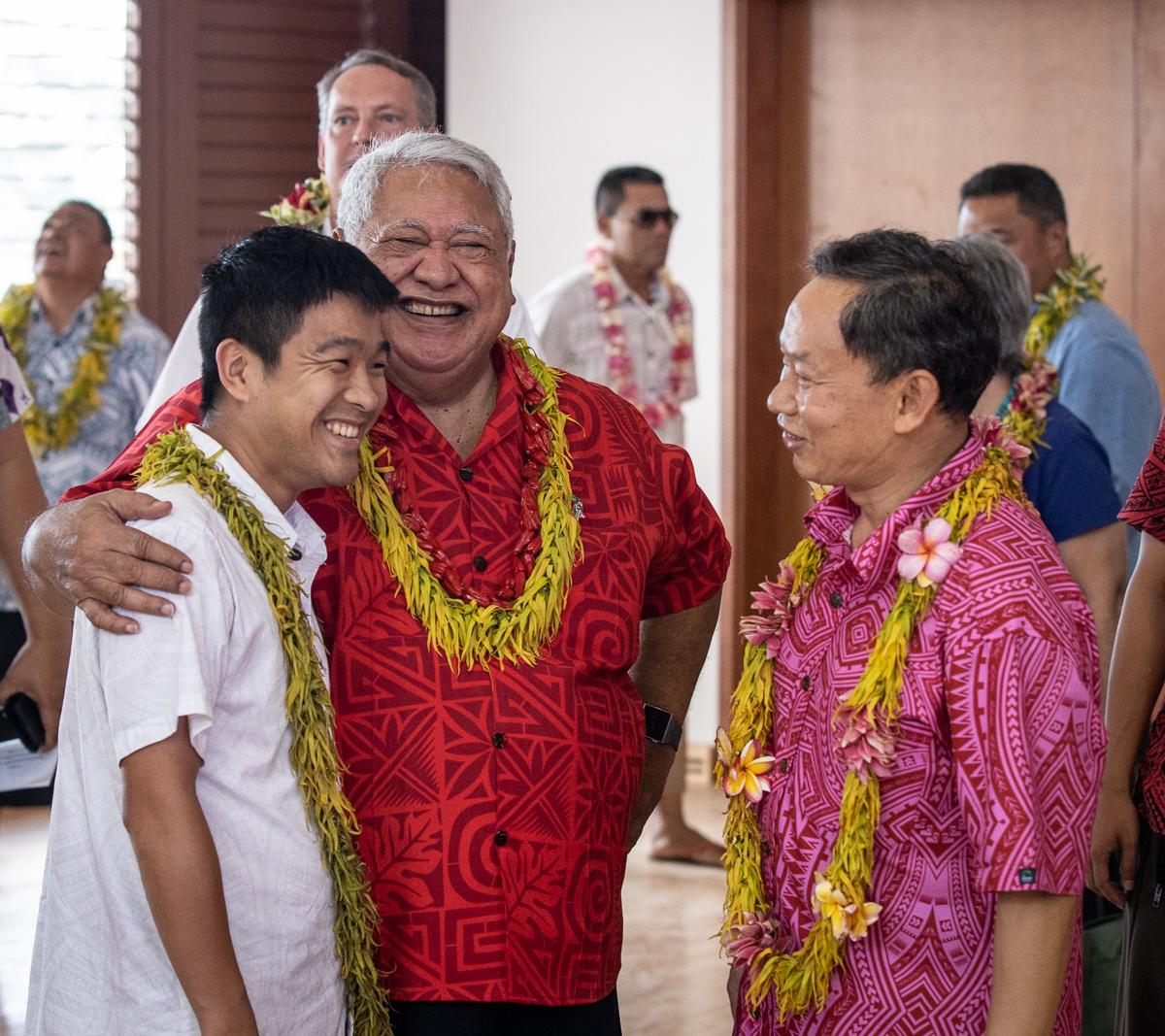 The multipurpose sports gym was built by the Shanghai Construction Group in less than nine months, said Project Manager Shi Linjie. It will be the venue for basketball, netball, badminton and table tennis.

Mr Linjie said the challenge was the shortage in time — both to build and organise labour and materials for the project to finish on time — but also the weather as most of the duration of the project was the rainy season.

During the handing over ceremony, the People's Republic of China Ambassador to Samoa, Chao Xiaoliang said considering the fact that the project was done in less than nine months, it was a miracle created by both the Chinese and the Samoans.

"I know that the Chinese construction team has worked day and night without having any vacations in their nine months of intense hard work. They overcame many difficulties as well, such as shortage of building materials, wet rainy seasons and ferocious attacks from mosquitoes. 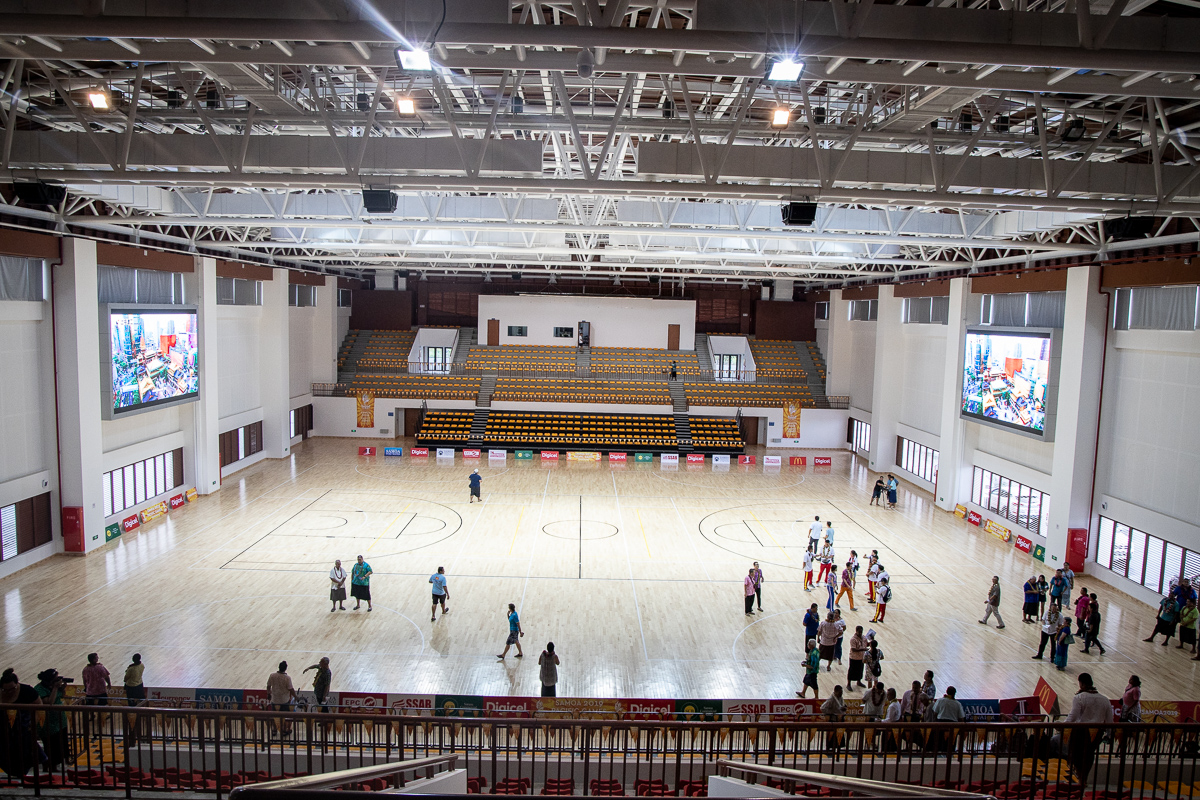 "The Samoa government has also done a lot to coordinate implementation of the projects. Hon. Prime Minister Tuilaepa paid his personal attention to the projects and provided precious help when there is shortage of building materials.

"Hereby I wish to thank all of you for your dedication and contribution to the projects. It fully demonstrates the depth and breath of China-Samoa friendship and trust," he said.

Asked about the cost of the project, neither the Ambassador nor the project manager Shi Linjie, knew. 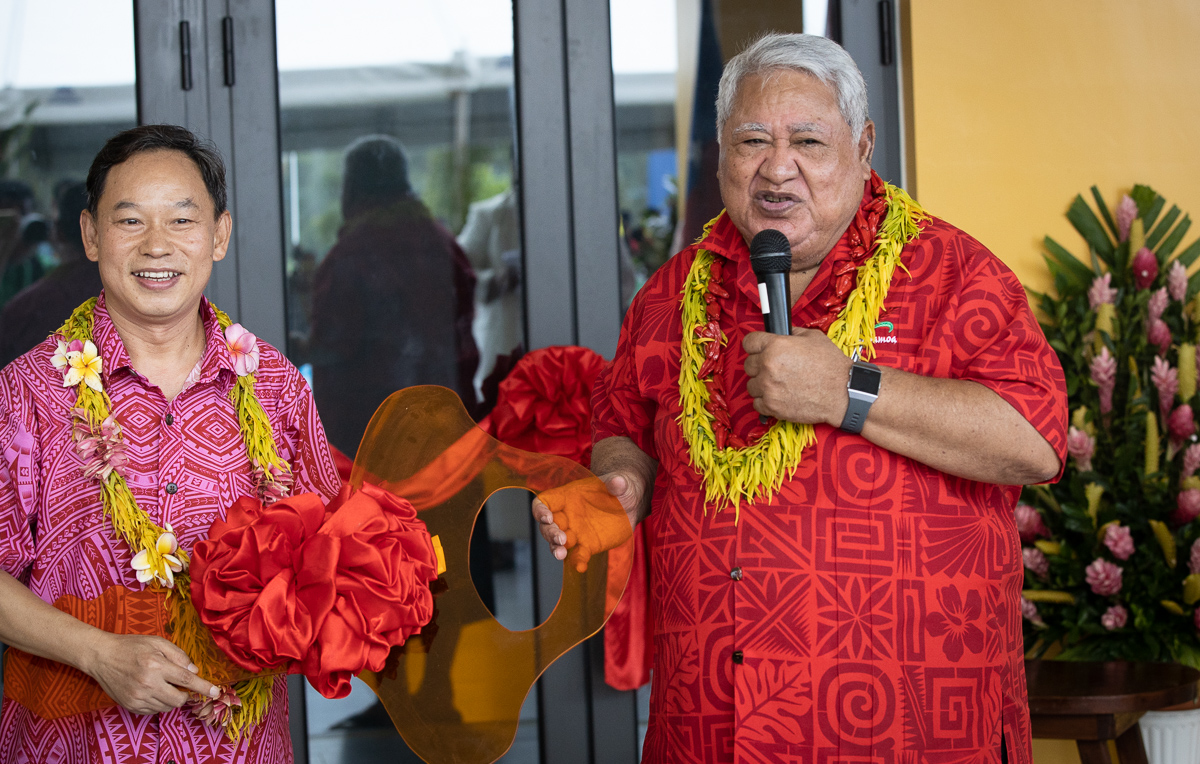 Samoa's Aquatic Center and Apia Park were both renovated by Anhui Foreign Economic Group. Apia Park covers an area of 9,000 square meters including a stadium, grand stand and tennis courts and is able to host nearly 3,500 spectators.

Mr Xiaoliang said he is hopeful the sports facilities will not only be helpful for the Pacific Games, but also be community friendly and is used by the public after the Games.

"I hope the gym and other sports facilities will be helpful not only just for sports but also hope for Samoan people in the future where they can use it.

"Like the aquatic center, every Saturday and every Sunday, many people go there and it’s a very good public place for ordinary people," he said. 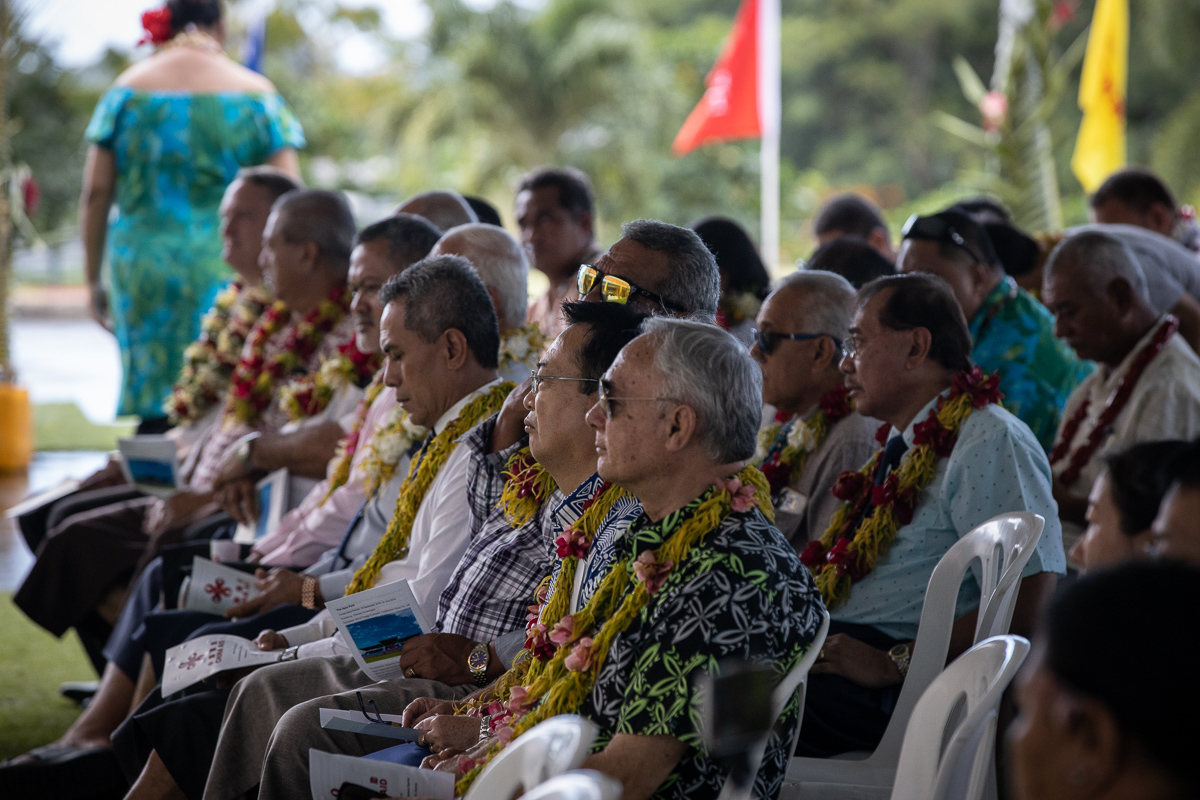