Eight women from south of Sydney, Australia made the most of their trip to Samoa by visiting Saint Mary's Primary in Savalalo and presented gifts for the girls.

Dear Tourist caught up with five of the women at Tanoa Tusitala Hotel as they were waiting for their ride to the airport, after spending a week in Samoa.

Trish Crimean said they toured Savai'i where they saw some interesting things, but the highlight was definitely visiting St. Mary's Primary.

"But today (Thursday), friends and I went to some schools and my friend had a gift for the children and it was so beautiful to us and welcomed us like V.I.P. guests and the teachers came and shook hands and kissed us and the principal," she said.

"It was lovely because it was the whole school assembly. It wasn’t just one class. So we waited for the teacher to finish and it was beautiful, I had goosebumps. And the children are so clean and such happy faces.

"They had a beautiful big banner and what I liked was the southern cross flag and our indigenous people flag and it was welcome Australia and they had a beautiful building that the children had made of the Opera House and under each done is an Australian animal; it was very heartwarming." 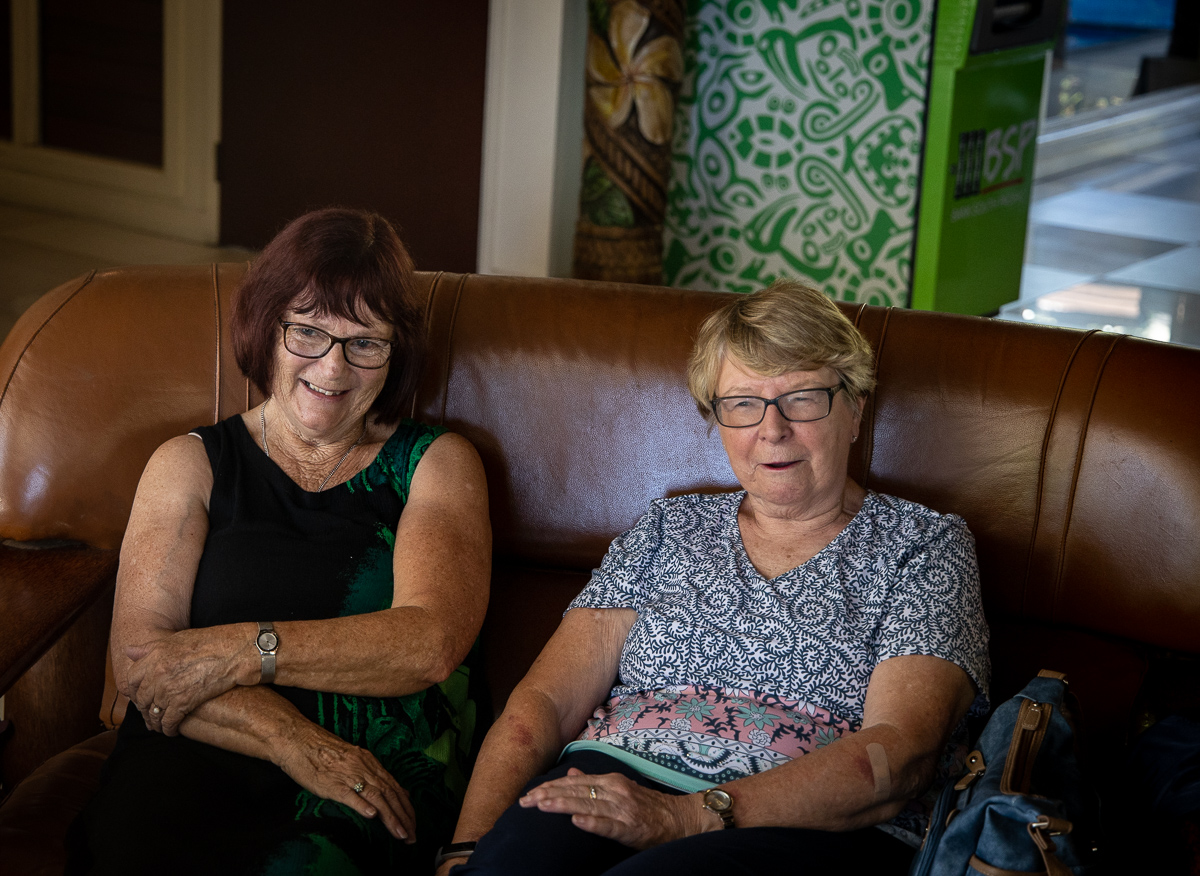 Colleen Baum, 79, said they visited the school because it was the closest school to the hotel and it was a wonderful surprise and experience for them to see the students preparations for the Australian team to participate in the Pacific Games.

"We teared up because it was so precious," she said.

Sixty-four-year-old Wendy Hassedd said their visit to the school sums up Samoa as a whole.

"Everyone is happy, everyone is nice and welcoming and helpful, and you should be very proud of your country," she said.

Or as how Colleen put it, "We’re on pension; you see we like to spend our money." 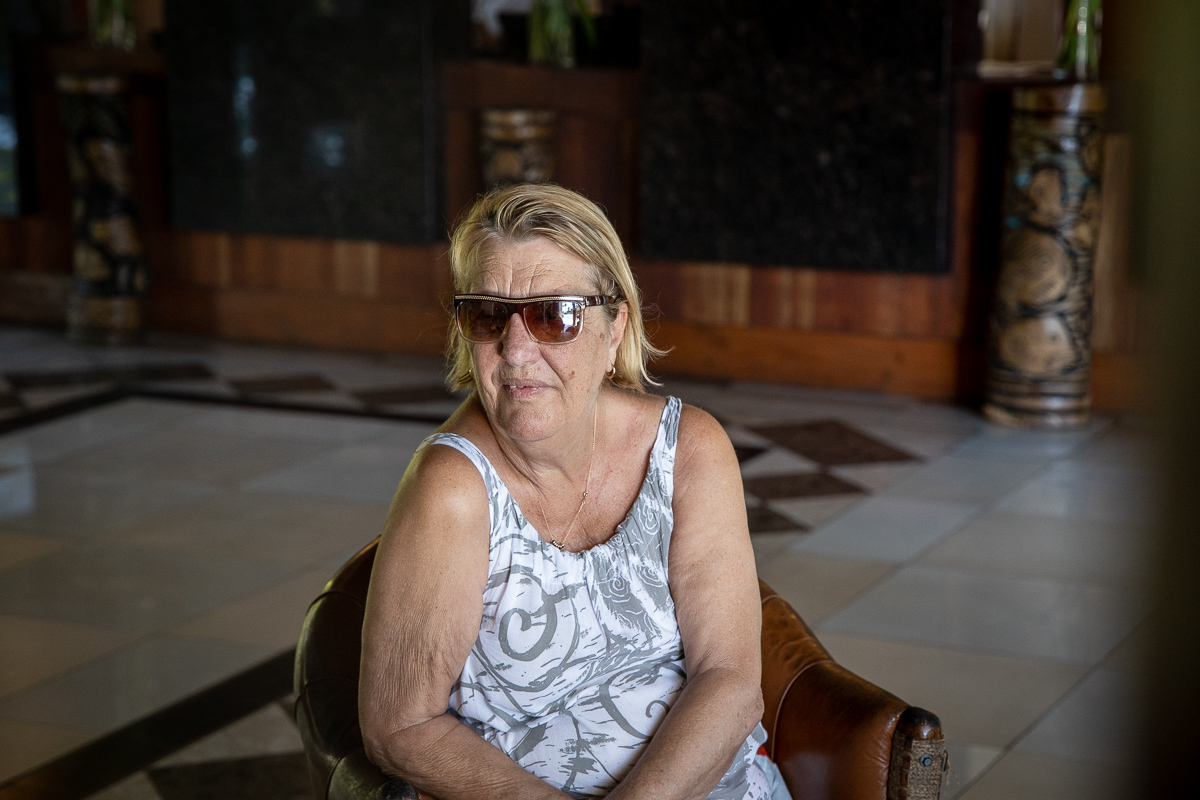 The group told Dear Tourist of their adventures to the Robert Louis Stevenson Museum, Piula Cave Pools and their experience with the locals.

"We went to the Piula Cave Pools yesterday and we two ladies couldn’t get in and there were three Samoan girl cousins and one of them was a tiny little thing and she was taking my hands and helping me down into the water and saying be careful and it’s a little bit deeper and it was such a sweet thing.

"People are just so beautiful and there’s always a smile. I don’t know what they are feeling inside or maybe they have been told to smile but it’s all so beautiful," added Colleen.

The group visited two churches on Sunday and were also impressed with what they saw and heard, with the men and women all dressed in white, the singing and the children. 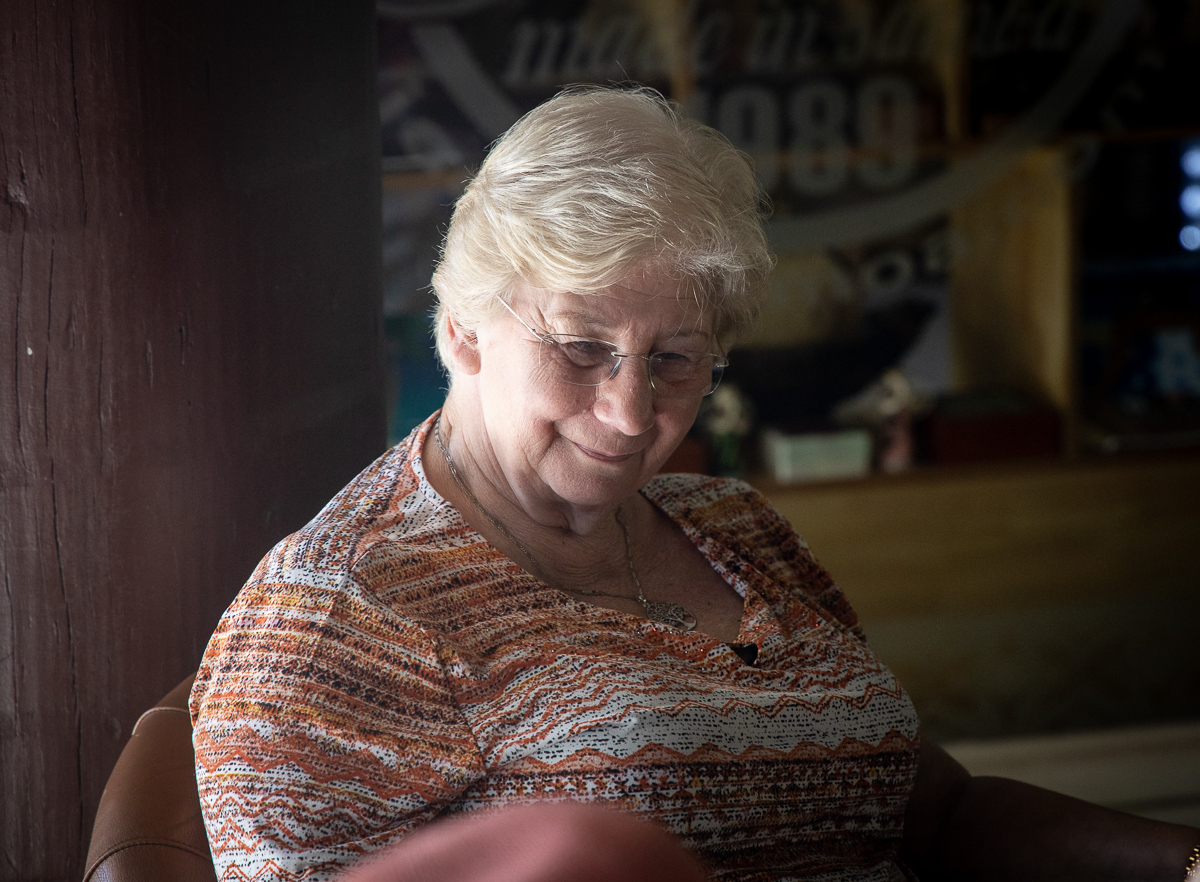 There are also some things the women think can be improved about Samoa.

"The street dogs. I’m an animal lover and when we went across to Savaii at the terminal, there were dogs there that were very very unwell, it was sad and that sort of thing spoils things for me," said Trish.

"But I can’t understand why the female dogs, or all the dogs aren’t neutered, there were cats around as well, around restaurants as well there are always cats; I’m not supposed to but I feed them because I can’t bare it. I think that could be improved."

Colleen also expressed her concerns about the grates in the seawall without covers, saying it is unsafe for children.

"At the grates where the waters wash up in the seawalls, the covers weren’t there on the holes. And whats stopping children from falling in there, even in the dark.

"And there were these little boys coming to sell crisps, if they fell in there, you’d never find them and that was my biggest concern."