Local and small business owners have appealed to the Government for more time to sell their remaining stock of Styrofoam food containers and cups, while others are worried the alternatives will be costly and gradually drive them out of business.

A number of businesses that the Samoa Observer interviewed expressed support for the ban and the long-term effects it will have on the environment, but said they should be given more time to dispose their remaining stock and they are worried with the cost of alternatives.

Chan Mow Company Ltd marketing and sales manager, Sally Chan Mow, said they support the ban but emphasised that businesses should be given more time.

“The issue we had was that they give us six-months notice of the ban, but all this foam cups and plates have been here for years,” she said.

“We have lots of orders of supply we got. For us the import price is 40 to 50 per cent or more we spend to import foam product in Samoa but we sell in the price of $2 tala and upwards depended on the sizes” she added.

She said they are currently considering other alternatives to replace foam cups and plates, such as products made from Palms leaves or reusable cups and plates or paper cups. 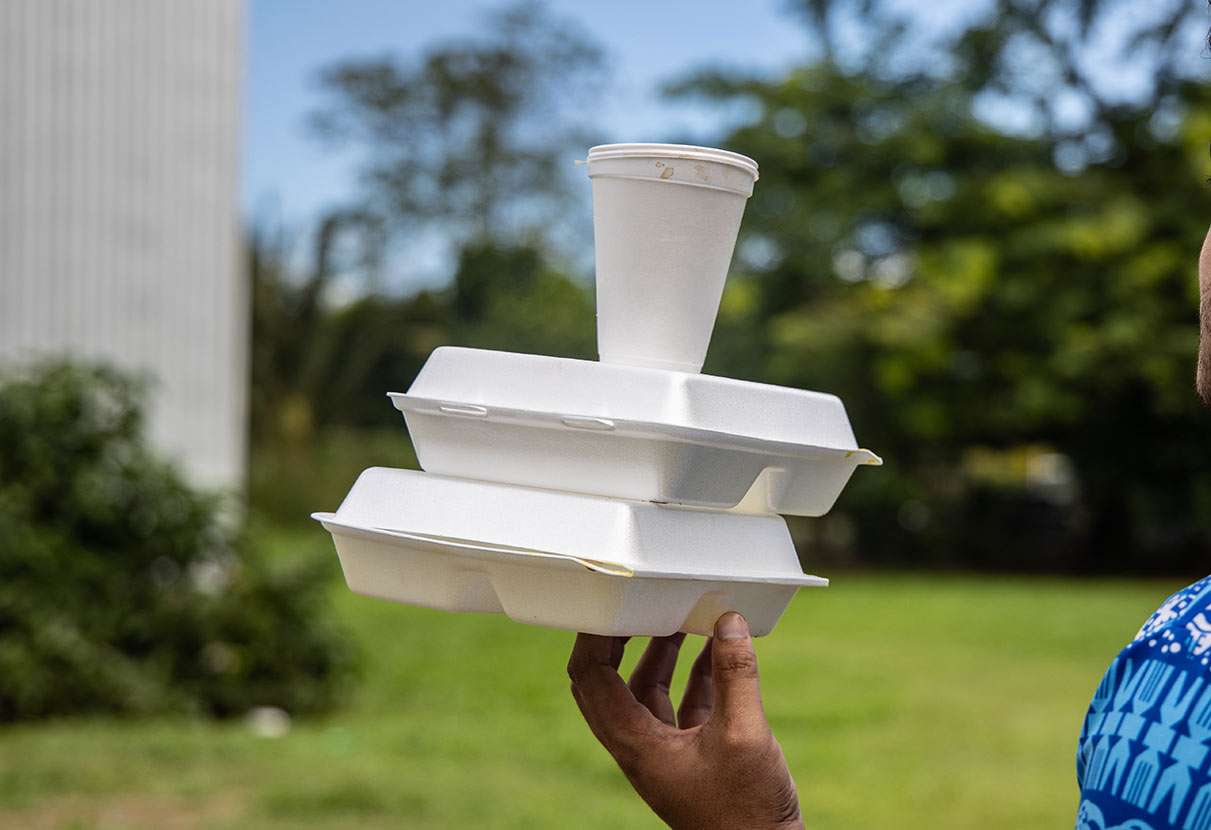 Vaomalo Kini, 60, a local shop owner at Vaitele market also supports the phasing out of foam product due to its long-term effect on the environment.

“As a citizen I strongly support the Government’s decision in banning plastic, which takes year to decompose and bring threats to the environment.” 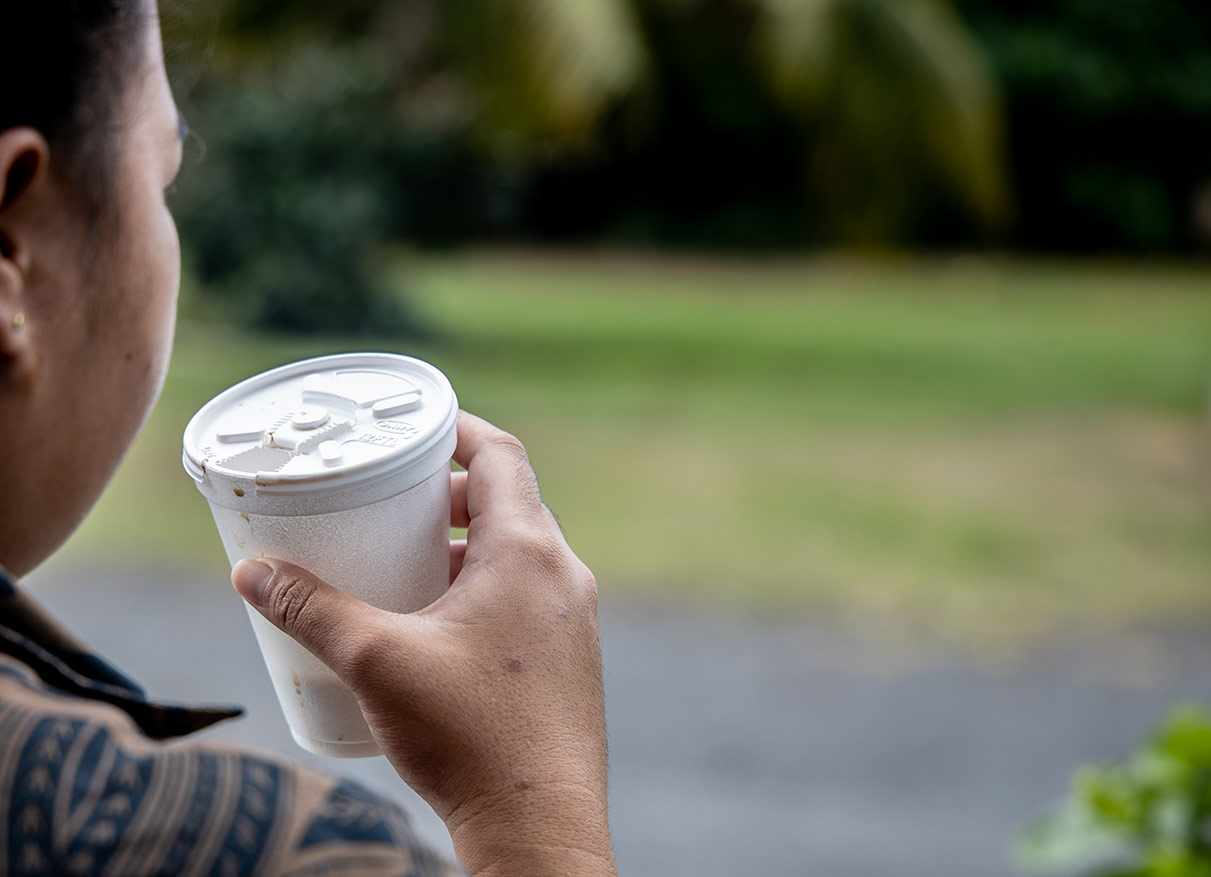 And while his shop sells coffee to the public and therefore rely on foam cups, he accepts that the ban will have an impact on his business, but they are already looking at alternatives such as paper cups or people bringing their own cups.

“I will tell people to come with their own cups from their home,” he added.

Mr Kini purchases foam cups from the supermarket for $3.70 which gave him 25 cups per set. Each coffee cup is sold to a customer for $1 tala per cup and he can make $100 tala in a day.

But 48-year-old Uai Fanene, who owns a shop at the Savalalo market, said the Government should give them an alternative before they impose the ban as her business will be affected.

“The thing is there are lots of people who buy coffee in morning.

“This is the amount that is going to be taking away as a result of banning foam cups,” she added.

Faapaia Chung Kwan, 38, of Vailele who is a shop owner at Taufusi market said she has no problem with the ban but her biggest concern is the alternatives could be more expensive and her business will make a loss.

“It will have an impact on us the coffee and noodle seller because this cup is cheap for us” she said.

The announcement on the ban on Styrofoam was made last year by Ministry of Natural Resources and Environment C.E.O. Ulu Bismarck Crawley, when the Government moved to ban single use plastic bags and straws effective January this year.