A pistol next to a tool box was also seized by the police during the raid on Monday (Photo: Samoa Police Service)

The Village Mayor of Faleula, Fetaia'i Va'auli, has expressed disappointment at the lack of communication from the Police in relation to a raid at their village. The raid led to the seizing of illegal firearms, ammunition and the charging of three people.

Speaking to the Samoa Observer, Fetaia'i said the Police should have informed him as he is the village Mayor.

Acting on information received from the public, the Police executed a search warrant and were able to seize a 22 pistol, 303 rifle, 30 caliber rifle, two 22 rifles and a 12 gauge shotgun. High-powered ammunition was also seized in the raid, said a statement released by the Police on Wednesday on its Facebook page.

The Police have charged three people following the confiscation of illegal firearms and ammunition at Faleula and Leauva'a.

"They should say who exactly it was and who was there," said Fetaia'i.

"Because you are mentioning that it’s from someone from here but I’m unsure on whose house it is. But even the Police should have come here and informed me as this is how these things should be done, but right now I am not sure." 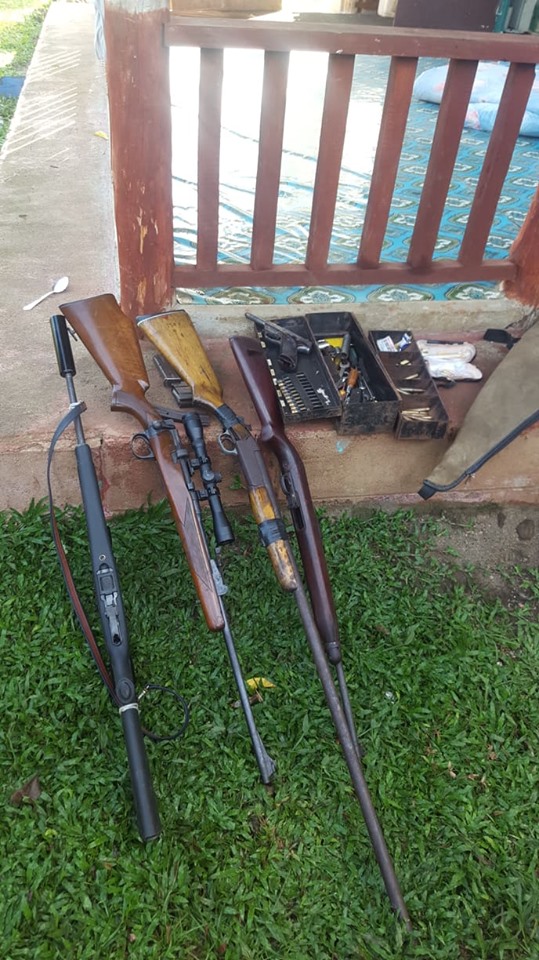 Fetaia'i said the Village mayor should be informed so they are aware of what is going on in the village, pointing out that Faleula is a big village.

"Because Faleula is not a small place — as you have seen — Faleula does not have just one, two or three roads and they all run from in-land towards the main road.

"I need time to seek out and confirm because I don’t know any names, then I do not know what to say since even I am unsure of it."

Some villagers of Leauva'a, which is the other village mentioned in the Police statement, told this newspaper they were not aware of the raid.

Leauva'a village mayor, who did not wish to be identified, said he is also not aware and is concerned that such action tarnishes the village's name.

According to the Police statement, the three suspects who have been charged will appear in Court for mention on June 25 and July 9.