A Member of Parliament has questioned the Government over the leasing of customary lands.

Speaking during debate on the Government’s $913.6 million budget for Financial Year 2019-2020, Faumuina Leatinuu Fong turned to the Ministry of Natural Resources and Environment (M.N.R.E.) Acting Minister and Prime Minister Tuilaepa Dr. Sa'ilele Malielegaoi and urged him to look at customary lands that are leased by the Government.

But the Prime Minister interjected and pointed out that Faumuina is a member of the Parliamentary Committee overseeing customary lands and government leases.

“It is good for you to faithfully uphold your duty as a committee member and ask your questions. There are two ways the Government utilizes customary lands — either lease it or take it (under the Lands Taking Act) — and you won’t be able to understand if you don’t ask and don't bother attending the committee hearings.”

The P.M. appeared upset and then questioned why the M.P. was raising the issue in Parliament. 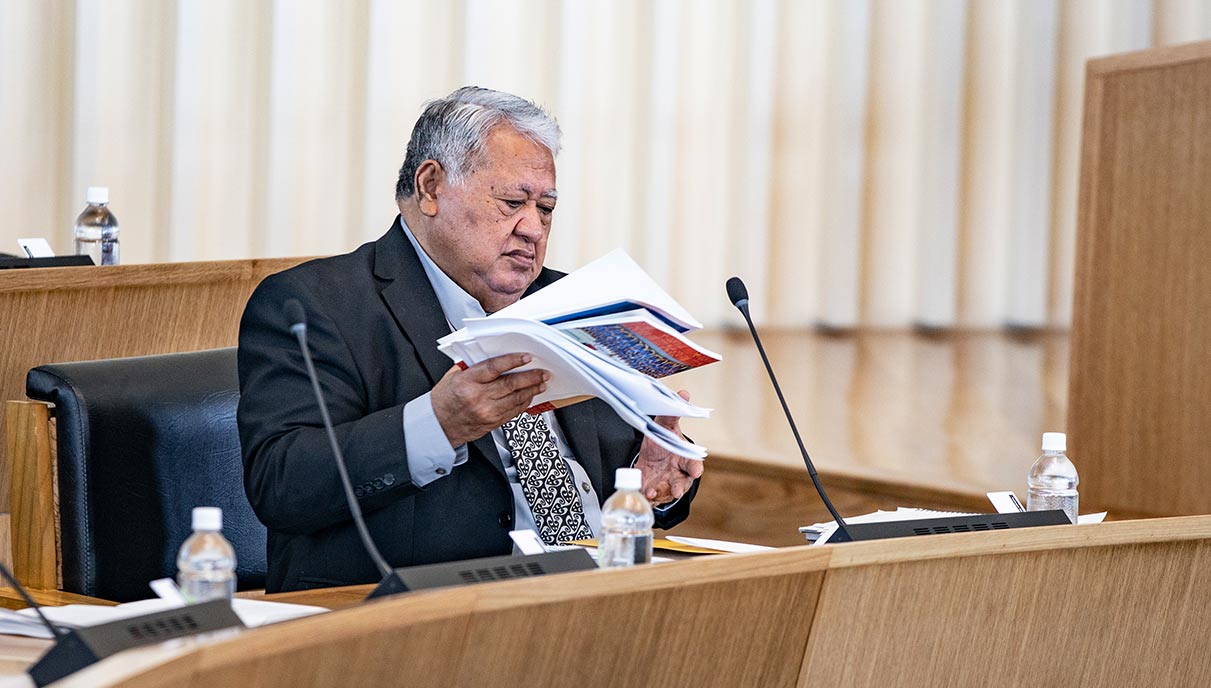 “What do you think? If you don’t understand go and talk to the Minister, because if you raise it we will not sit idle, we will be obligated to address this and correct you.”

However, Faumuina in response, said it is within Parliament where such issues are raised and debated.

“If we can’t address this in Parliament, I don’t know....,” he said, before Tuilaepa again interjected.

“I am telling you now, there are many times when we (H.R.P.P.) meet and you’re present and you can always take it up with the Minister. There are two ways the Government can utilize customary lands.”

The P.M., as an example, then talked about a main road and how it can cross a village and whether it should be leased by the Government.

“Think about it. It should be leased, we should take it for the good of the public and use it for public access. It is very simple matter as opposed to a Member of Parliament who refuses to understand.”