Prime Minister, Tuilaepa Dr. Sailele Malielegaoi, has warned villagers not to entertain sand miners, who travel to the villages to mine sand and extract gravel for their businesses, and do not care about the long-term impact of soil erosion and desertification.

He sounded the warning during the launch of the National Land Week 2019 at Lalomanu, Aleipata on Monday morning.

Urging the people to think twice about their actions and the effects it will have on Samoa's environment, the Prime Minister said the actions of sand miners could be reason behind a major landslide in the area. 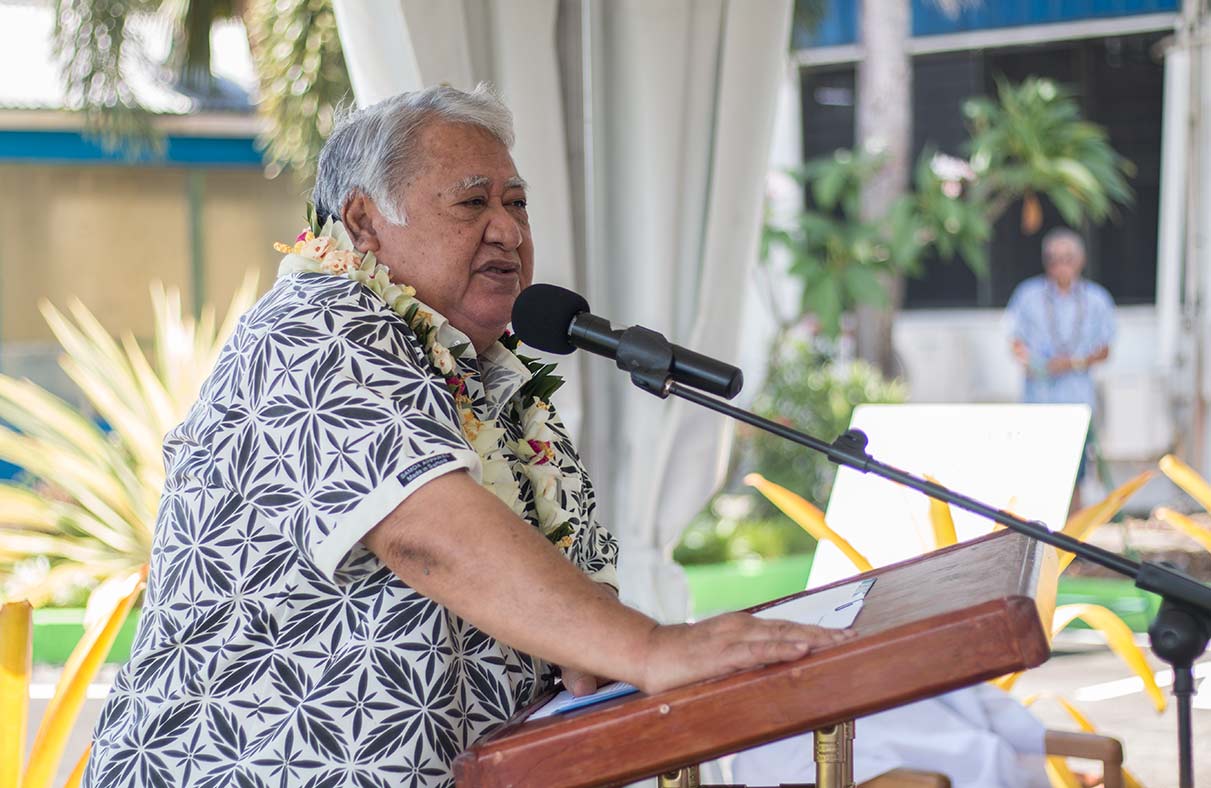 The Prime Minister said this is the second year National Land Week has been marked in Samoa with the first year focused on soil and sustainable farming in the high-land areas of the country.

"But this year 2019 Samoa is putting significant on coastal lands as they have proved to be vulnerable to climate change, including sea level rise and the strong currents crashing on the shores, which are not normal for our coastal lands.

"And not only are our coastal lands eroding into the sea but also these trucks that keep coming in to extract our sands and soil," he said.

The official opening of the programme was well attended by representatives of the south eastern districts of Upolu, including Lotofaga, Lepa, Saleapaga and Aleipata.

The Prime Minister warned the villagers against entertaining sand manufacturers, who travel to the villages to mine sand and extract gravel for their businesses, due to the long-term impact of soil erosion.

"That’s why in Lalomanu, there are people who make a business out of it, they allow people to extract the sand, followed by extraction of gravel from the base of the mountain. And as we know, any steep mountain such as these, all the heaviness on the top is anchored by the rocks down here.

"That’s why this recent landslide happened and luckily there was no causality but up to now we still don’t know if maybe there was somebody buried down there," he said. 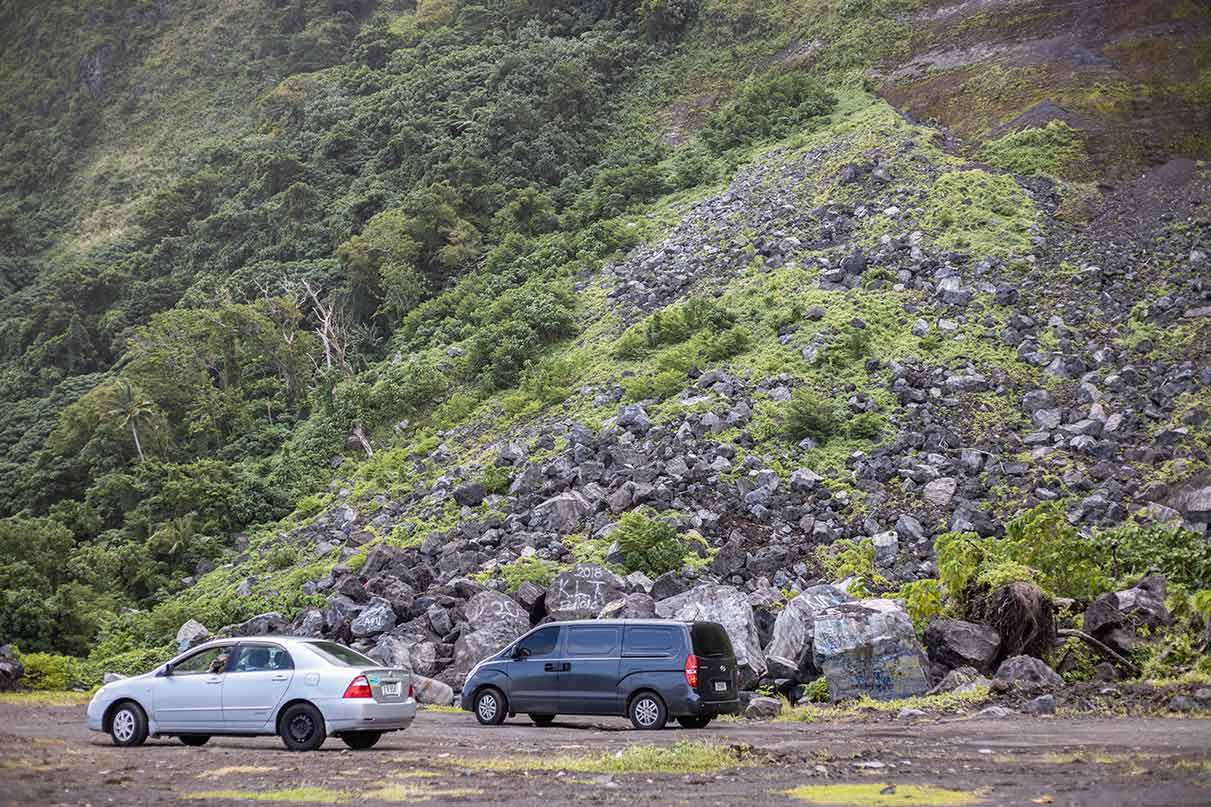 The village chiefs were also cautioned against using the opportunity to sell the natural resources for money, added the Prime Minister but rather think of the future of their children.

"These businesses have lots of money, I don’t know if  you’ve visited where these people have their operations. They take big boulders and crush it to make black sand. They have their usual ways of operating but they come to take sand from here, it’s easier for them but it affects the environment.

"The reason why I say this is because you the chiefs of the villages, we are who God chose to look after these resources for our future generations.

"Just because you have been chosen by the families to look after the lands, does not mean you abuse that power. You protect your families’ resources for your future children to use.

"If we do this because of the money without thinking of our children in the future, they will grow up and have to look for somewhere to go," he added. 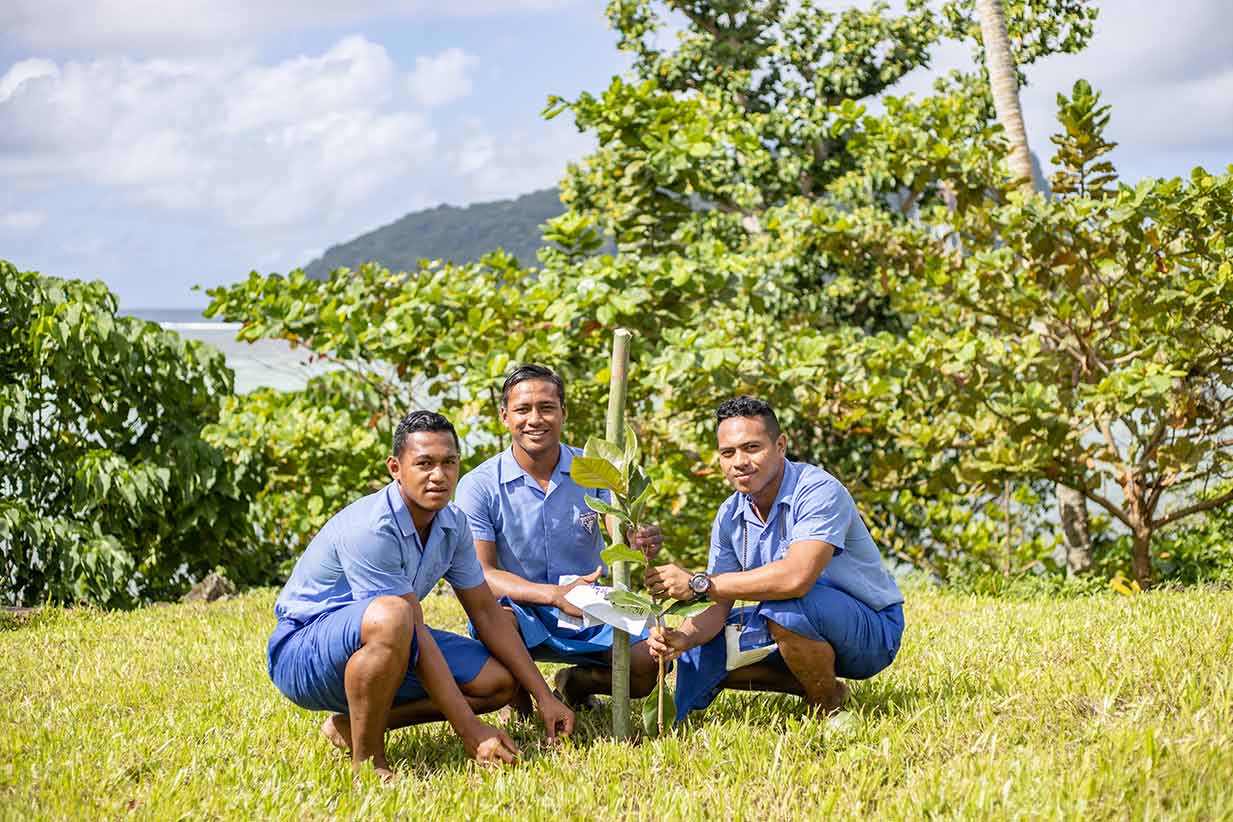 The 2019 National Land Week is celebrated under the theme, "Climate proofing our coastal lands with sustainable land management (S.L.M.) tools and practices for the future!" in close partnership with all its national and local stakeholders including also both national and international development partners, the World Day to Combat Land Degradation (W.D.C.L.D.).

According to the Prime Minister, Samoa has been a part of the United Nations Convention to Combat Desertification for 21 years, since it's adoption in 1994. It has contributed to the advancement of sustainable land management as its main tool to rehabilitate, restore and reverse land degradation in the context of desertification as it affects Samoa.

The program included a presentation by Fepulea'i Dr. Aleni Fepuleai on the causes and effects as well as the impact of land and coastal processes in Aleipata from Lotofaga to Tiavea by one geomorphologist or geologist. 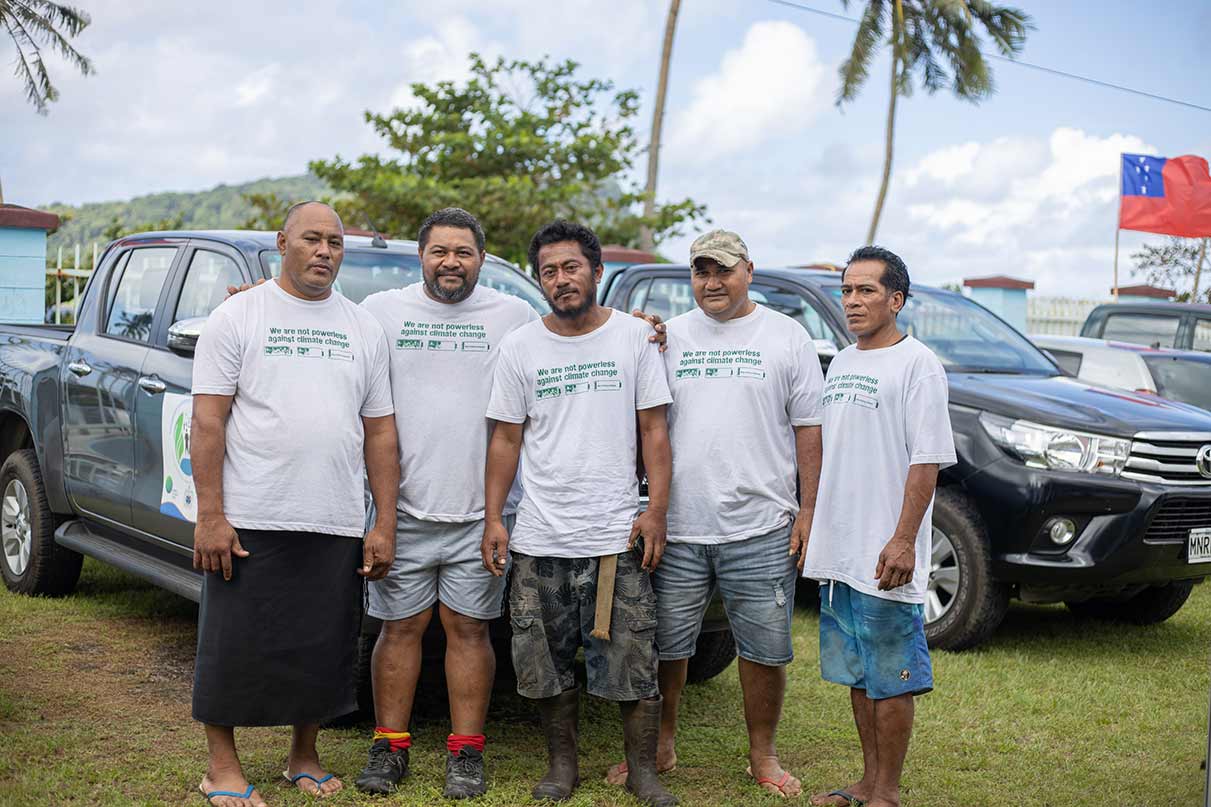