Samoa will have to wait a little longer to benefit from the promise of faster and cheaper internet.

That’s because the Tui Samoa Cable will not go live until next month.

This was confirmed by Minister of Communication and Information Technology, Afamasaga Tico Tupa’i, in response to questions from the Samoa Observer on the status of the cable.

“The cable is delayed due to some unforeseen circumstances,” he said.

What the circumstances are, the Minister did not say.

The Tui Samoa Cable was brought to its landing site in Moata’a last month.

Afamasaga said the goal was to go live before Christmas.

But the plans have changed.

“We lost three weeks due to the availability of the berthing during the loading, bad weather, some technical problems on the vessel and the entry of the vessel in Wallis lagoon,” he said.

“The final splice is now planned in Suva end of this week on the 24th.

“All equipment has been installed and once the final splice is in then it means the system is complete.

“Training and testing of the system will commence immediately after crew returns from holiday and if system is clear then it will be switched on immediately,” explained the Minister.

Last month Afamasaga assured the public that prices for internet will be significantly cheaper.

According to the Minister of M.C.I.T. currently, the cable is being laid between Fatuna and Suva Fiji.

“The plan is to reach Fiji by the second week of December then the testing period starts with the intention to go live before Christmas.

“All this depends on the smooth operation of the cable-laying process currently in progress so let’s hope it goes well.”

Regarding cheap internet and what the public needs to expect, Afamasaga stated the price will be less than US$90 (T$216).

“Government and S.S.C.C. have been working to significantly reduce wholesale capacity prices from an estimated US$300 (T$771) Mbps to a price which will be less than US$90.

“It is intended that with affordable bandwidth pricing Samoans licensed telecommunications operators will be able to increase the value proposition for their retail customers.

“In short Samoans retail customers should see a significant increase in their data bundles,” explained the Minister. 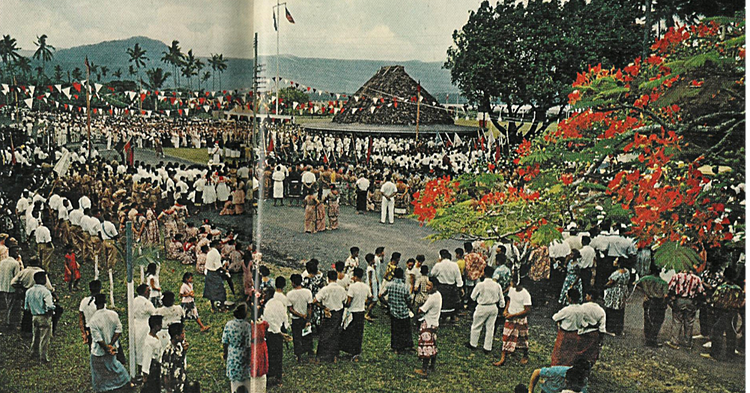 Mother of seven, Noluama Fetausiai, and her family have been on the move since they were evicted by the authorities from their village three years ago.