Mali'oli'o Bridge could be opened in December

The new Mali’oli’o bridge is half way completed and if all goes well, it could be opened in December.

This was confirmed by the Minister of Works, Transport and Infrastructure, Papali’I Niko Lee Hang, during an interview with the Samoa Observer.

“The current work is about 40 percent in completion,” Papali’i said.  “We are looking at the end of December to have it commissioned and opened.”

Located in Samalaeulu, Savai’i, pictures from the construction shows the arch bridge structure already being mounted and connected from one side to the other.

Ah Liki Construction Company is the contractor for the $7.64 million project. 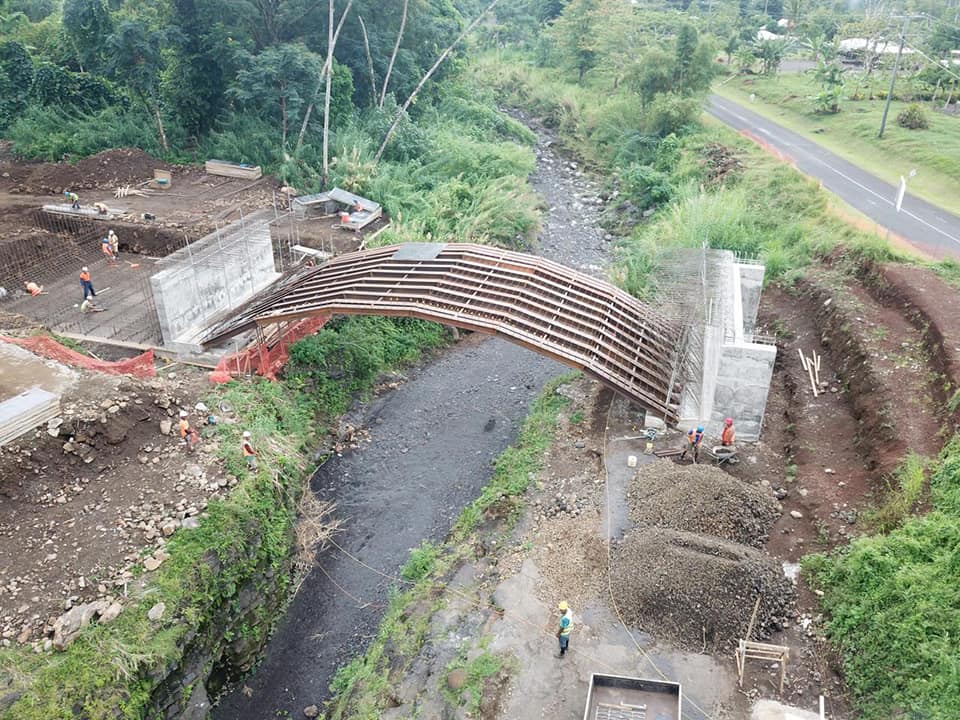 According to Papali’i, the Mali’oli’o river continues to burst its banks from time to time.

He gave assurance that construction workers are not in danger and are well aware of the river’s unusual natural developments.

The Mali’oli’o river is the second largest river on the island of Savai’i and is known for its intense current.

It has claimed several lives in previous years.

In January 2012, the river claimed the lives of a couple who attempted to cross the ford despite the strong flow of the current.

According to Papali’i, the Government's goal is to open the bridge as soon as it is completed.

He added that at the moment, villagers and travelers are using the ford to cross the river.

Construction of a bridge over the Maliolio River was proposed over 30 years ago.

Those construction plans was halted when the decision was made to upgrade the existing concrete ford instead.

It is part of a US$26.35 million (T$69.47 million) grant from the World Bank and Australia’s Department of Foreign Affairs and Trade to restore key road sector assets damaged by extreme weather events and to enhance the climate resilience of critical roads and bridges in the country.