Samoa 2040 targets better prospects for all

Those who attended the Samoa 2040 Consultation (Photo: Vaitogi Asuisui Matafeo)

It is one of the priorities for the Samoa 2040 plans.

A public consultation into the World Bank initiative was held at Tui Atua Tupua Tamasese Efi building on Friday.

It was attended by Government officials, village leaders and members of the private sector. 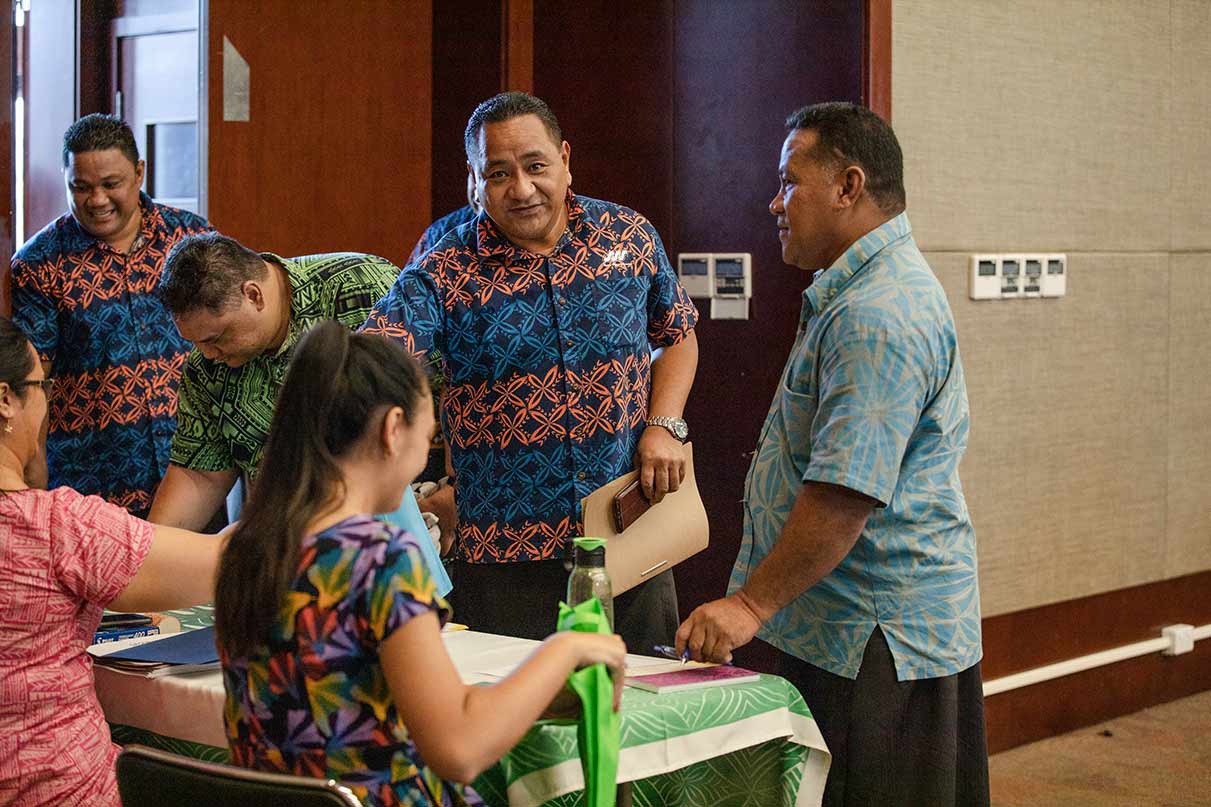 The Government is also looking at doubling the formal employment rate by 2040 and to increase per capita income to reach $20,000.

It was announced in Parliament last month and the public consultation is evident the project is making progress.

“It is important to make it absolutely clear that Samoa 2040 does not replace the current S.D.S. (Strategy for the Development of Samoa) in fact the two documents should complement each other,” said Sili.

He said Samoa 2040 takes a longer perspective of its development agenda to determine where Samoa should be in 20 years time.

“It is a forward looking statement that identifies the key economic opportunities, the potential of transforming Samoa to a high growth path by the year 2040.” 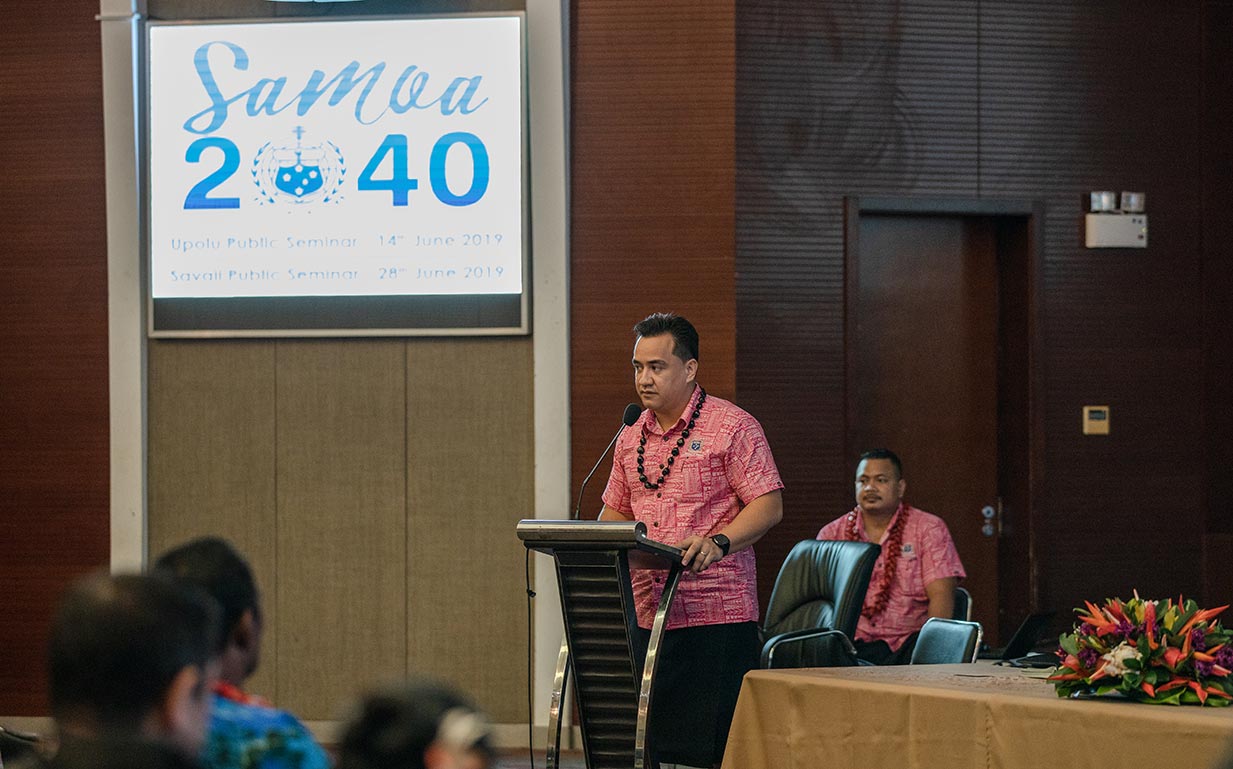 Samoa’s vision for 2040 is to transform the Samoan economy to a higher growth path, to ensure the needs of present and future generations are met and that no one is left behind.

According to Sili: “To achieve the vision, there are seven thematic areas have been identified to have the potential to generate transformation change and achieve a high growth path for Samoa.”

Enhancing digital development and valued adding from the submarine cable; lifting the tourist’s number and spending and the latest reports indicated that we’re currently getting over $500 million from this industry.

However there is room to invest more in the tourism industry and the government is keen to hear from the public on ways to improve.

The government will also continue to support greater labor mobility and boosting the contribution of agriculture to the .G.D.P. and also making sure that food security for the people in the vent of natural disasters.

“And fortunately we have a about six month of foreign exchange that we currently have if everything else collapses we will be able to import out current import levels for six months that’s obviously quite positive for us. “Also its part of our security arrangements to ensure that in the event of a natural disaster we will be able to import materials that we need to reconstruct the damaged infrastructure, and also provide for restoration of school buildings and medical facilities,” he said.

He said for 2040 the government needs to look at investing in human capital its health and education.

“We had seminar with the World Bank and they pointed to the importance of childhood development. They say that for many countries by year three the brains of the children are stunted and its worst in the Pacific,” said Sili.

He said it will take a huge investment in education and also working with the parents to given good nourishments for their children and to provide positive environment for the children to grow.

“There’s a commitment to decentralized health care away from Moto’otua and to reinvesting into the Komiti Tumama. In the past there were no district clinics, the registered nurses to conduct primary medical care for immunization for the young children in the villages.

“And obviously we want a resilient development the last one is to ensure the safe and secure Samoa. Right now it is not secured the impact of social media, the infiltration of work of drugs and guns and it is a huge challenge.”

He said the community needs to be involved in the Samoa 2040 to eliminate these bad traits within the villages through the Village Councils.