The Ministry of Police has plans to impound cars if the driver is caught drink driving, says Police Commissioner Fuiavailiili Egon Keil.

Fuiavailiili confirmed this in an interview with the Samoa Observer, adding they are looking to enforce this law after traffic enforcement powers are given back to the Police.

"That’s not in the law right now, but there’s a lot of things, once it's confirmed the transfer of all the responsibilities that Land Transport Authority traffic had is transferred over to Police.

"There are a lot of laws to be amended and most likely that’s going to be one of them, that if you are caught driving your vehicle and you’re drunk, that vehicle should be impounded and cannot have access to that car," he said.

Last month, the Minister of Works, Transport and Infrastructure, Papali’i Niko Lee Hang, said Cabinet directives relating to the transfer of traffic enforcement powers back to the Police cannot be implemented — until the necessary laws are amended by the Parliament.

Fuiavailiili stressed that this is to prevent unnecessary accidents from drink driving and to keep Samoa safe.

"Because we all know of someone that got drunk and got charged and got released and jumped right back into that same car and drove and got in an accident. And it’s very dangerous for us.

"So we’re trying to mirror what’s happening in other areas as well, were not going to be stagnant, we’re moving forward, we want to be proactive, be creative, be critical thinkers but the underline thing is how we keep Samoa, our people a little bit safer," he told Samoa Observer in an interview.

Speaking to the Samoa Observer during a telephone interview, the Minister said unless the necessary amendments are made to the Ministry of Police Act and the Land Transport Authority Act, the Cabinet recommendations cannot be implemented.

“That will not happen, unless the law is amended. It has to go through Parliamentary process then we can implement the transition," he said.  “We cannot move on with the Cabinet recommendation without following the law.

“That is the recommendation by the Cabinet. However, it cannot be endorsed unless the Acts are amended. And I am referring to the Ministry of Police Act and the L.T.A. Act." 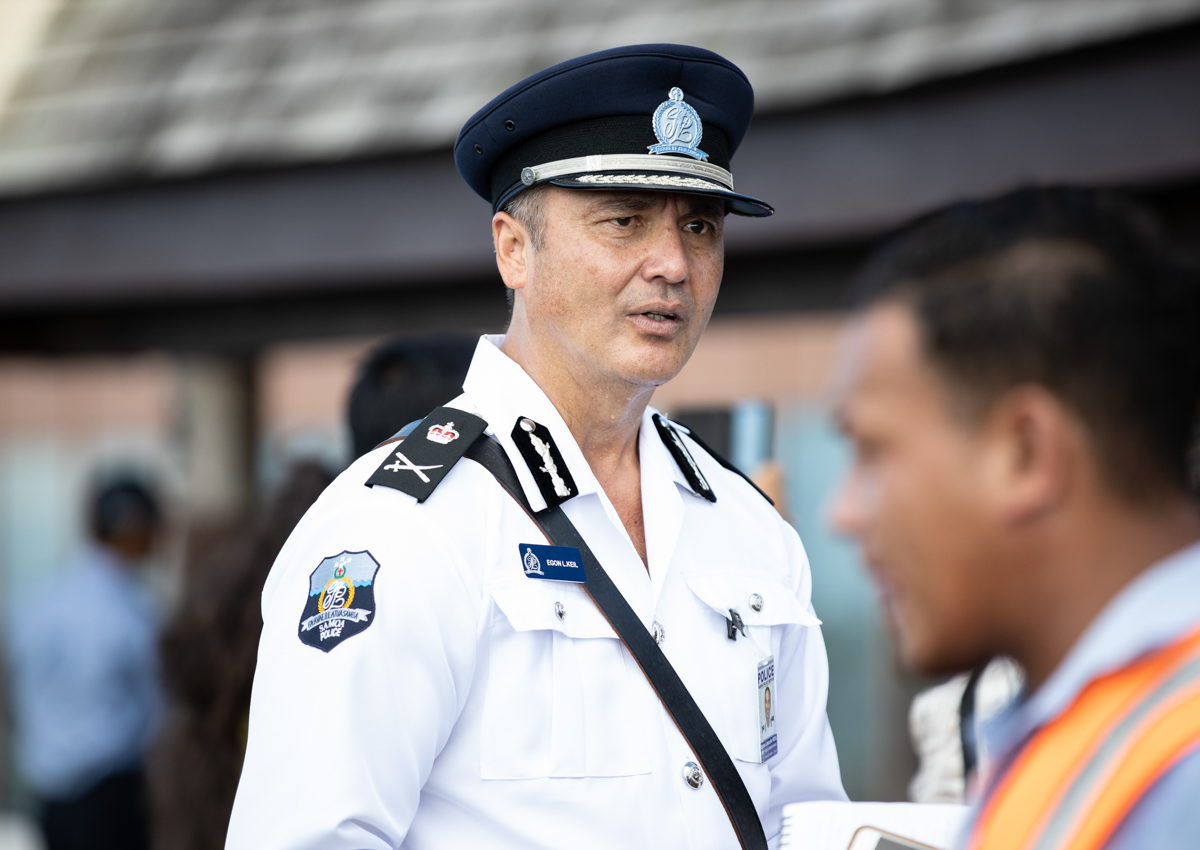 Fuiavailiili reiterated the Samoa Police's efforts to keep Samoa safe does not only involve traffic enforcement, but also other aspects of security.

"But of course the Police does not make laws, we can only make recommendations and it goes through proper channels and until they okay it, then we can practice it.

"But our side, we just want to make sure that the public is safe, and that your family is safe and my family is safe, we all live here, this is our home.

"So were trying to be very fair and protective of what we have here, not just traffic, our homes, our people, our fishing, our airspace and people coming; its everything," he said.

The Police Commissioner also mentioned that they are still weighing their efforts for the Pacific Games in July.

"We can’t focus all our energy too on the Games and who’s gonna respond if you get into trouble, you need the police to respond, so we’re weighing all of these things up and again.

The Samoa Police cannot do it alone, so we’re reaching out to our friends in Australia, New Zealand and other partners to come in and help," he said.