Fuiavailiili Egon Keil warns the criminals minds to think twice before committing any crimes while Nafanua is away. (Photo: Misisona Simo)

"We’re not just sitting around and if there is any bad guy out there listening to me right now and you think you’re going to get away because the Nafanua is not here and you’re gonna do some things over here, well you’ve got a second thing coming," said Fuiavailiili Egon Keil.

Nafanua I, which has served Samoa for over 30 years, was decommissioned Thursday afternoon, embarking on its final voyage back to Australia to retire.

The new Guardian Class Patrol Boat – the Nafanua II will arrive in Samoa by late September. 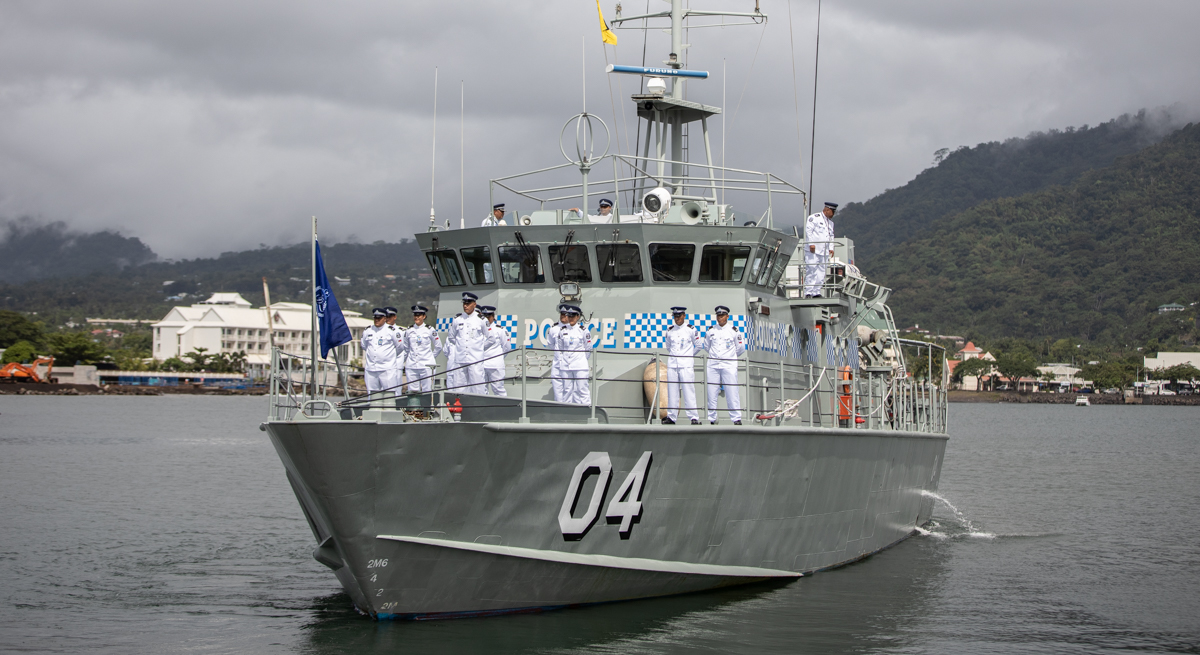 "To me as a Commissioner of Police, I worry about who is going to patrol our E.E.Z. (exclusive economic zone) and who’s going to respond to search and rescue and stuff like that so we’ve thought it out and we like to be very critical thinkers for these things and also with the assistance of M.F.A.T. (Ministry of Foreign Affairs and Trade), Attorney General’s office because the Ministry of Police cannot do it all.

Fuiavailiili also encourages the people of Samoa to let the Police know if they see anything suspicious.

"So I encourage the people of Samoa that if things happen that seem suspicious, something weird, contact us, the Maritime wing is open, the phone number is still there, you can call 911 and you can call 22222 and they will respond using other avenues.

"And if they have to tap into the regions as well like Tonga, Fiji, New Zealand, Australia, America and all that, we will. Also we have air surveillance, we have aircraft dedicated to Samoa and there are two in the Pacific," he told.

"We were fortunate enough that the one of the aircraft are hosted here, at Faleolo, and the other at Vanuatu and these two planes fly all over the region but come here as base, so we have one. So using that plane and using other capabilities and using our local resources too, to try and cover this gap as we wait for Nafanua II," he added. 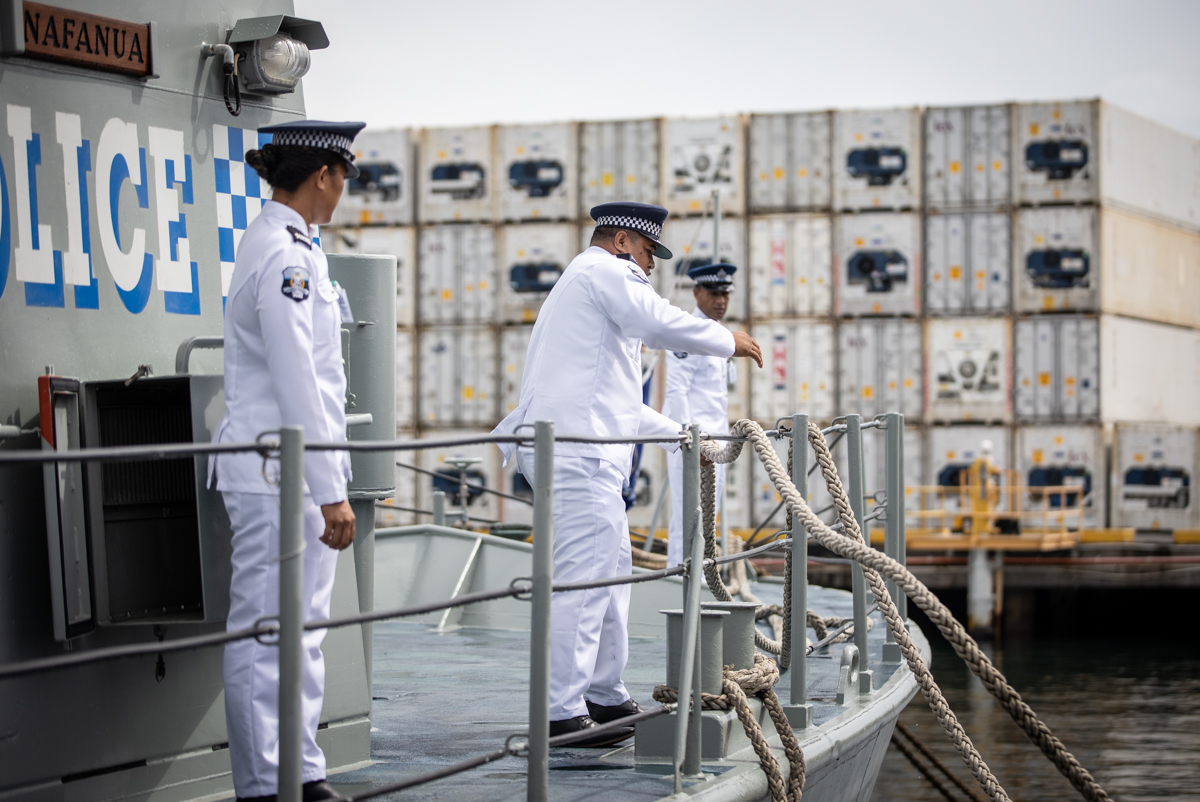 The 21 Police Maritime Officers, who have sailed with the Nafanua, will be undertaking more training and certification in Australia before sailing back with the Nafanua II.

"And hopefully a little bit more capacity to handle transnational organised crime in the Maritime domain or pelagic and of course we work together with other Pacific island nations like Fiji, Tonga and  Kiribati, to protect our E.E.Z.

"And we coordinate our efforts to ensure that nobody comes down here to fish our fishes. So by doing that it’s not just fishing, the illegal drugs coming in to Samoa and all of the Pacific, human trafficking, gun smuggling and all that."

He acknowledged the generosity of the Australian government for it's investments into the Samoa Police Maritime domain.

"Thanks to Australia for actually trusting Samoa and the Pacific, especially Samoan Police to give such a very expensive asset and it is a tool too for the operations of the Police benefiting Samoa. And the protection of our oceans and our people," said Fuiavailiili.