1
Rosalia Manutulila Tialino from Savaii is one of the first Policewomen in the Pacific to be posted out at sea. (Photo: Areta Areta)

Rosalia Manutulila Tialino from Savai'i is one of the first policewomen in the Pacific to be deployed out to sea.

She is one of three women along with 18 other maritime officers who have set sail for Australia on the Police-operated maritime patrol boat Nafanua I — her deployment making Samoa the first in the Pacific to have policewomen posted out to sea.

Speaking to the Samoa Observer, she said she is honored to rewrite the records books, in terms of policewomen getting deployment to sea.

"I feel privileged and proud to be one of the first young women in the Pacific to be one of those who are taking back the ship to retire and come back with the new one," she said.

"I know it’s something really important to me because this is the ship that served Samoa during strong cyclones and it's work that I am proud of." 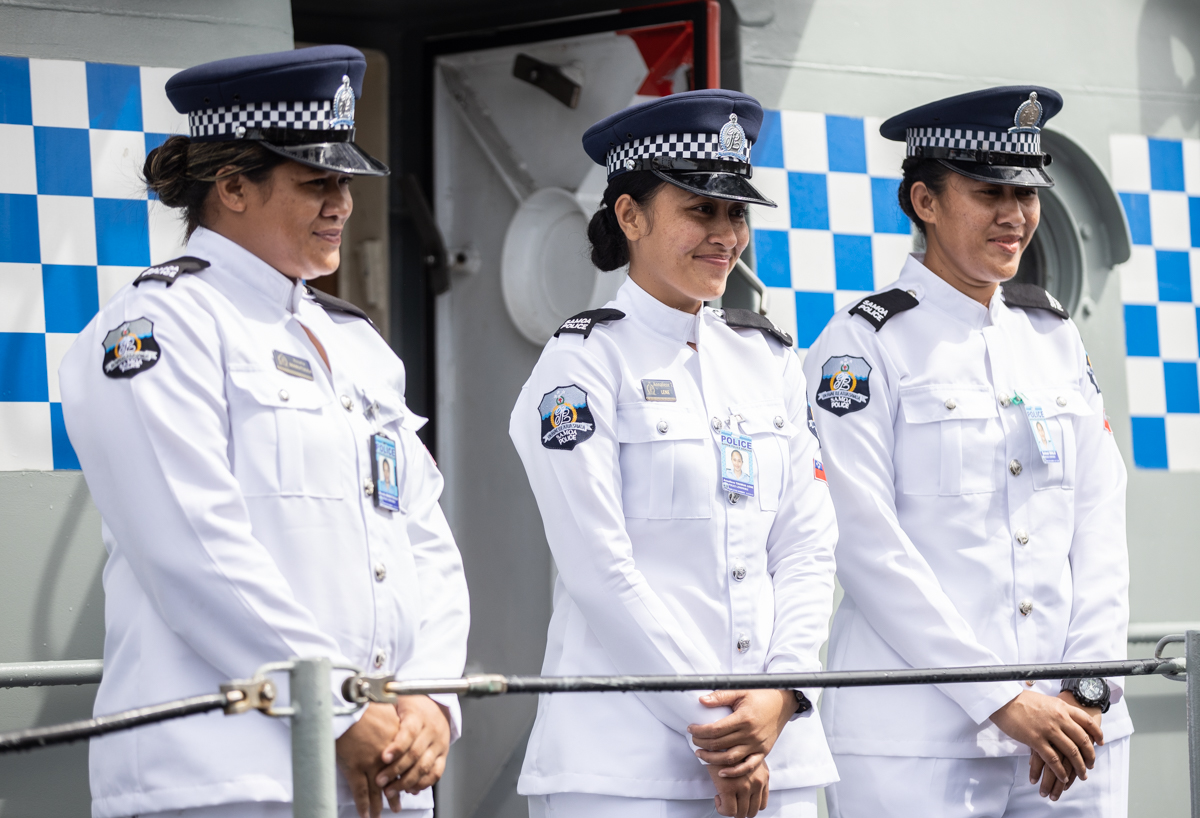 The 30-year-old is a mother of four children whose ages range from four to nine and is from Lefagoali'i Savai'i where she was raised by her grandparents.

Her last surviving grandparent, 85-year-old Manu Tulilaleti, was present at the farewell event of the Nafanua I last Thursday, and he was emotional with the turn of events and his granddaughter's departure.

"I thank the leader of the country for recognizing the efforts of the younger generation which is why we have come here today.

"I thank the leader of the country for recognizing the efforts of the younger generation which is why we have come here today. It’s a pleasant seeing where our children’s careers are now," he said in an interview with this newspaper.

Rosalia is married to Muliagatele Iuga Tialino, who was holding back tears when asked for his comments in relation to his wife's accomplishments.

"I’m proud, I’m proud for her. She’s accomplished a lot but I think in the long run it’s a good career (move) for her because she’s been here for about a year now and I think she’ll do well here, and I think she’s looking forward to serve in this side of the service so we are proud of her.

"It’s just being away from home in this length of time, but you know it's part of a career. I myself have been away while she stays home, but as I said that’s the only challenge, not being with her and the little one," he added. 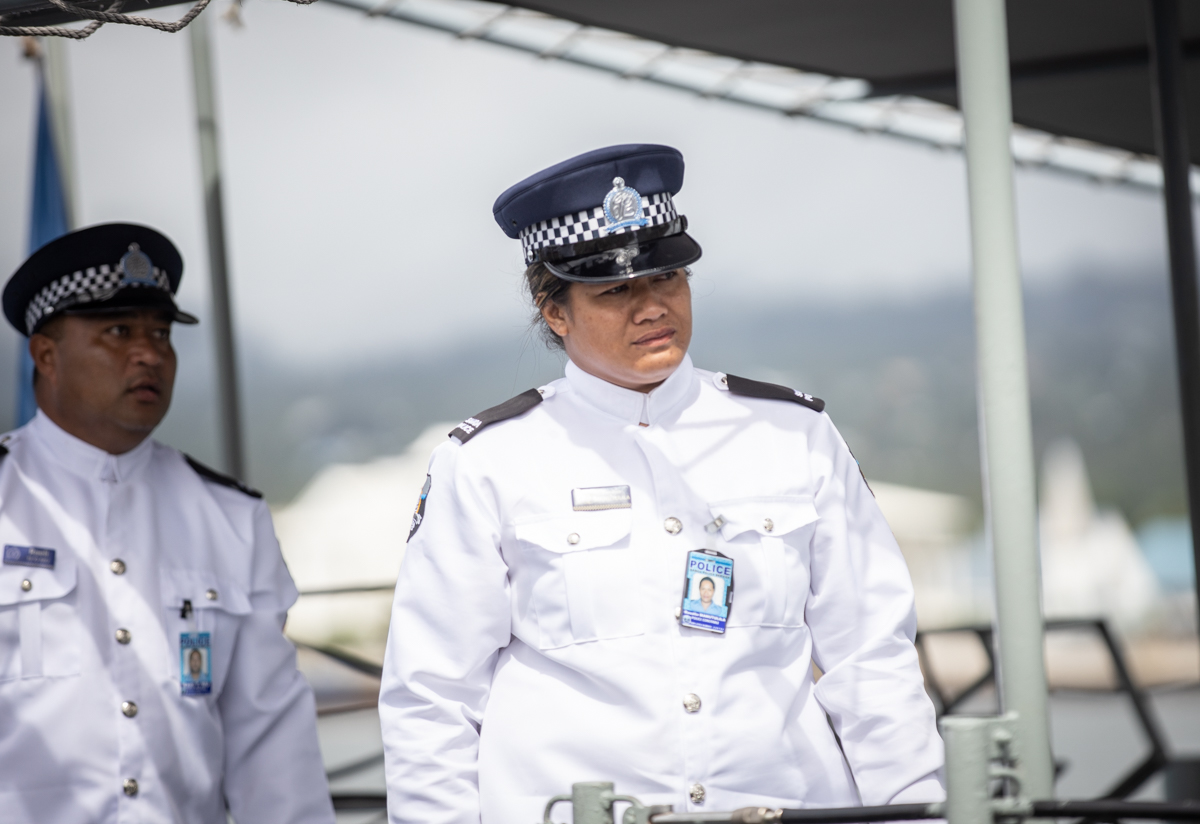 Rosalia said all her life she wanted to be a police officer, but took a detour in life landed her at the school of Amoa in Savai'i working as a secretary, before she applied to join the Police in 2012.

"I worked in the department of courts and prosecutions and then into general services. There was a time when the Nafanua advertised their positions and I was very keen to apply because for me, if it’s something I know that I like and will enjoy. I always apply for it and so I did it," she said.

She enjoys playing rugby and volleyball when growing up but was involved with a lot of netball during her high school years.

Asked what she enjoyed the most with the Nafanua being a part of her life, she said she enjoyed the training that came with it, particularly the survival course and steering the ship.

"At first, when I just applied and was very new to the job, they took us to Australia for training for a seamanship course and I found that I really enjoyed the survival course. I enjoyed it because I like being in the water, swimming and that.

"During training there were some other participants from around the Pacific that did not know how to swim, I enjoyed helping them out also with swimming as well as activities with life jackets because there are scenarios that are given to us to throw the life jacket and one of us has to go into the sea and put it on," she added. 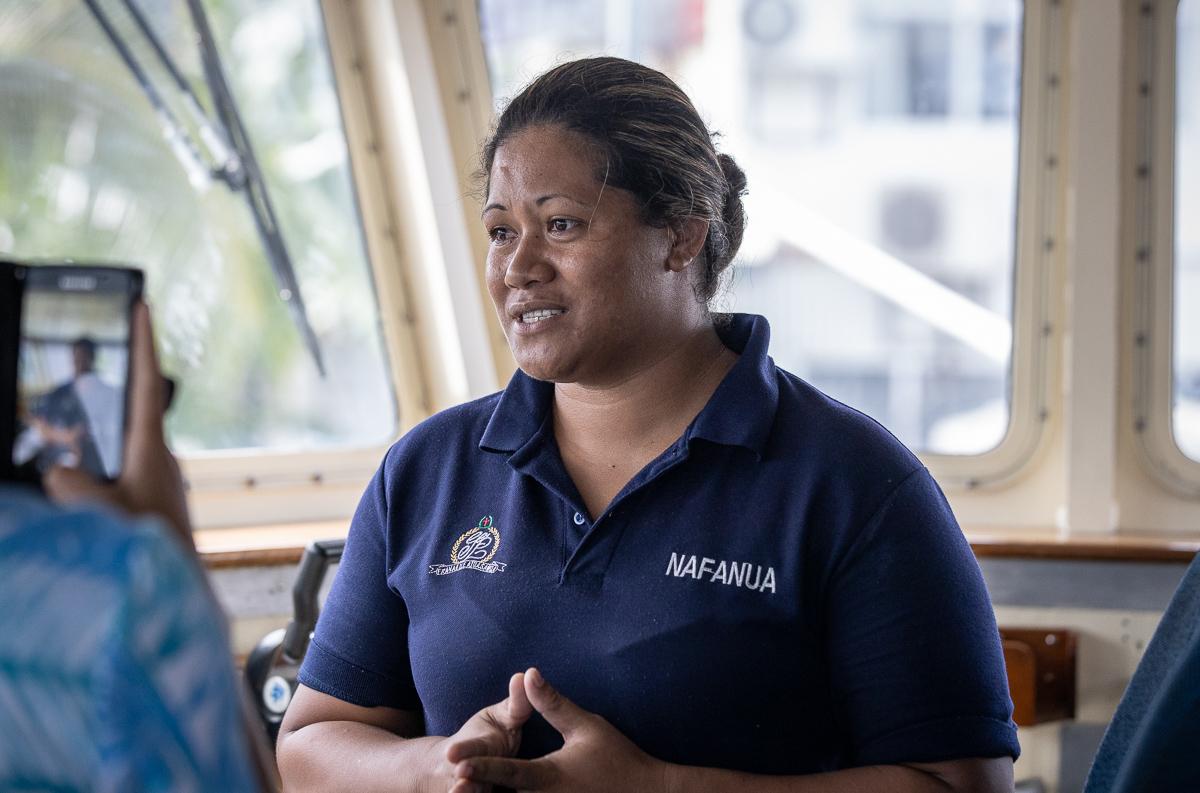 Rosalia said despite her doubts, sometimes when on duty with the patrol boat plus their voyage to Australia, she said that God is always with them.

"With the voyage going to Australia, it’s going to be a lesson for me. And I am looking forward to try and learn skills and more knowledge from those over there so that I may improve my position in the police force as well as my service on the Nafanua and our people.

"And I am always looking forward to training overseas, because I have a big aim going forward, because I want to be a captain in the future, God willing he helps me achieve everything," she added.

The crew will be away for a few months due to training in Australia before they return with the new ship in late September.

"The thing is the voyage isn’t an easy or short one, and we all know how the currents are like, it’s rough and they can rise to high levels, and most times there are challenges I feel within, regarding what might happen and such but I am confident that God is always with us and especially that this is my service for my country, Samoa," she said. 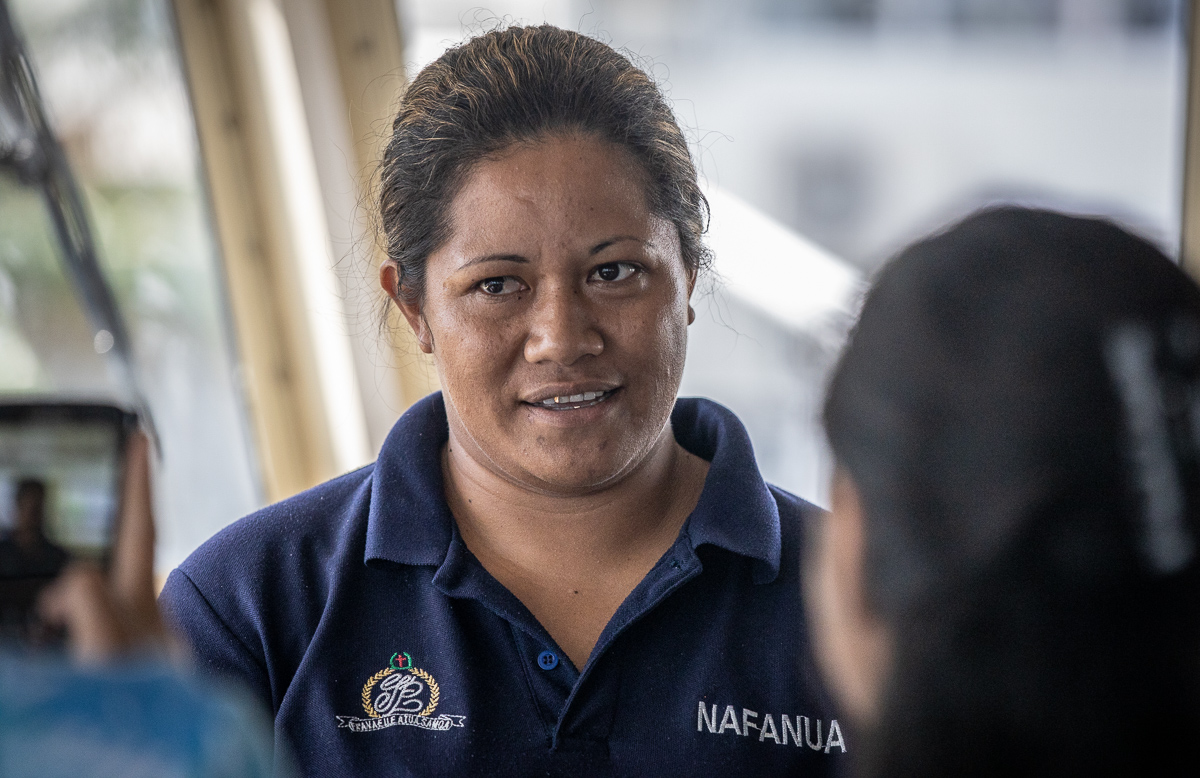