The Samoa Police Service is taking a more proactive approach to ensure the safety of the travelling public, following the Lady Samoa bus crash at Auala, Savai'i, at the beginning of the week.

"So now what is the Police doing about it, we’re jumping on it and stopping buses that are loaded and then start ticketing and advising and do whatever is in the law to prevent these things from happening," Police Commissioner, Fuiavailiili Egon Keil said.

"We’re going to take a little more proactive role especially when the law to transition the law enforcement traffic section back to the Ministry of Police."

Fuiavailiili said the Police response will be a lot more clearer once the responsibilities have been sorted out with the recent reshuffling of responsibilities between them at the Land Transport Authority.

"Once we get that legally (sorted) and then it will be easier to for the Police to move and handle all these issues.

"Not only, overloading buses and speed but also the traffic lights, speeding and tire burn outs and a host of other things the Ministry of Police will be looking at, with the goal to keep Samoa safe," he said. 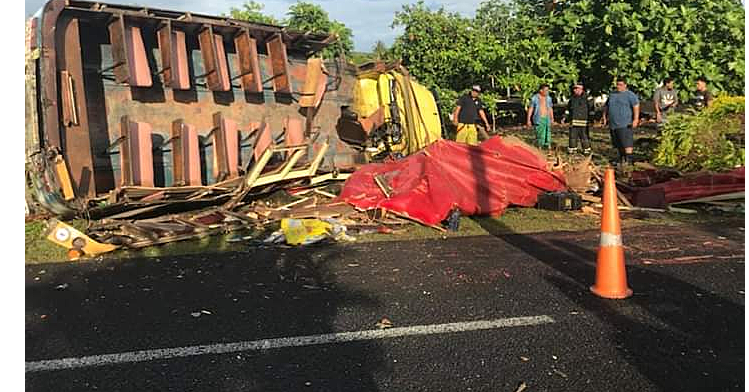 Asked whether the bus driver involved in the incident at Savai'i has been charged, he said no.

"He’s got medical injuries form the incident, so going through a process and investigations are still going on but like I said in the media before, preliminary investigation shows the bus was overloaded and speeding was a factor, because if speed was low, maybe this would not have happened."

More than 50 passengers, majority of whom were students, were on board the bus when the driver lost control causing the bus to flip.

In Samoa, a bus can only take on a maximum load of 33 passengers.