A father and son team from New Zealand have reeled in a 136.4 kg blue marlin in their first attempt at game fishing.

Hayden Ussher from Rangiora, Canterbury and his son Connor were on a half-day charter with Troppo Fishing Adventures and skipper, Greg Hopping.

“We’ve been to Samoa eight times and never been fishing,” Hayden said.

He said Connor hooked into the marlin after about 20 minutes of circling and after a while he took over the line.

“A bit over an hour we had it at the boat.

“We weren’t sure until the last probably quarter of an hour that it was a marlin. We’re all very excited and very impressed.” 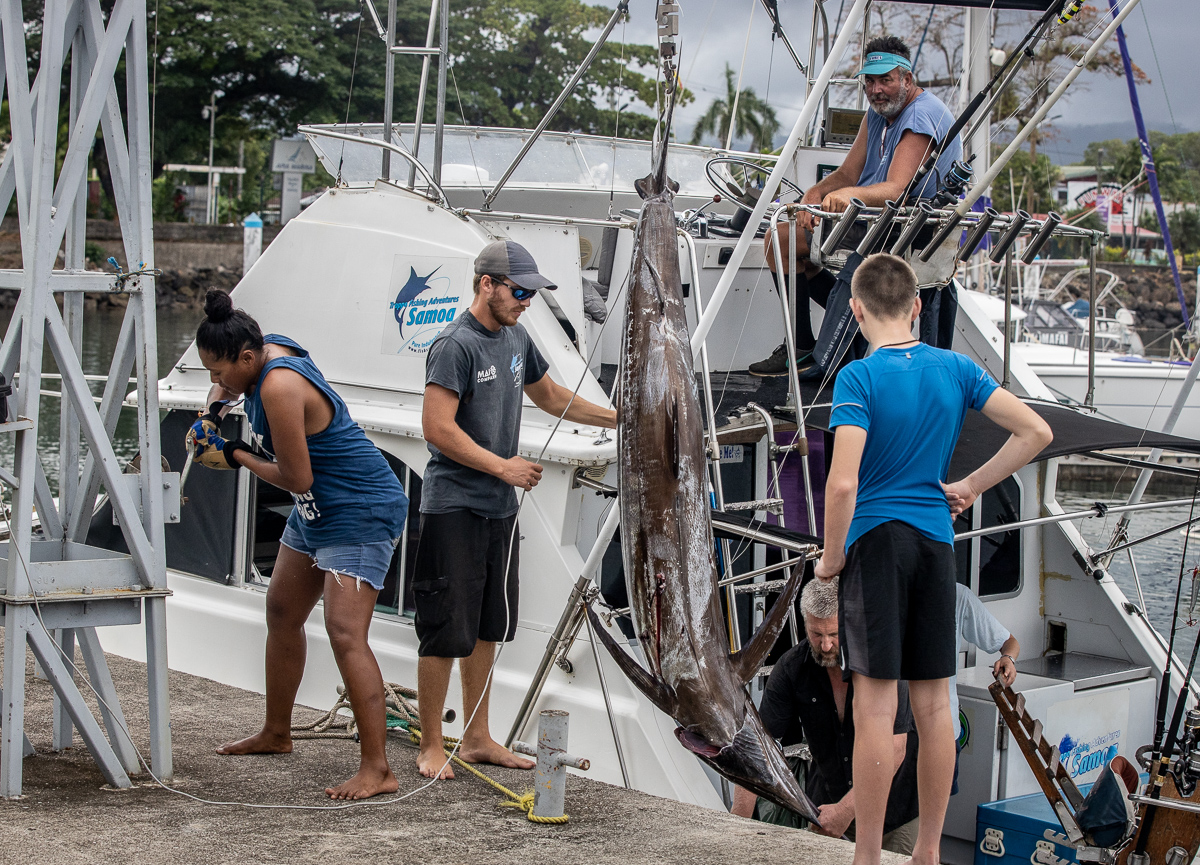 Hayden said he and partner, Gillian Dalley, along with their son, Connor, love Samoa and the country’s culture and friendliness keeps bringing them back.

“We’ve been to a few of the other islands but we keep coming back to Samoa. To me it hasn’t been over-touristified yet.”

He said too many of the others end up becoming too focused on resorts and lose themselves.

“[Samoa] hasn’t been tainted yet.”

Hayden said they try and do something new every time they come.

The family are dairy farmers by trade.

“This is our quiet time of the season where we’re not milking cows, so it’s the only time when we can actually get a family holiday away. 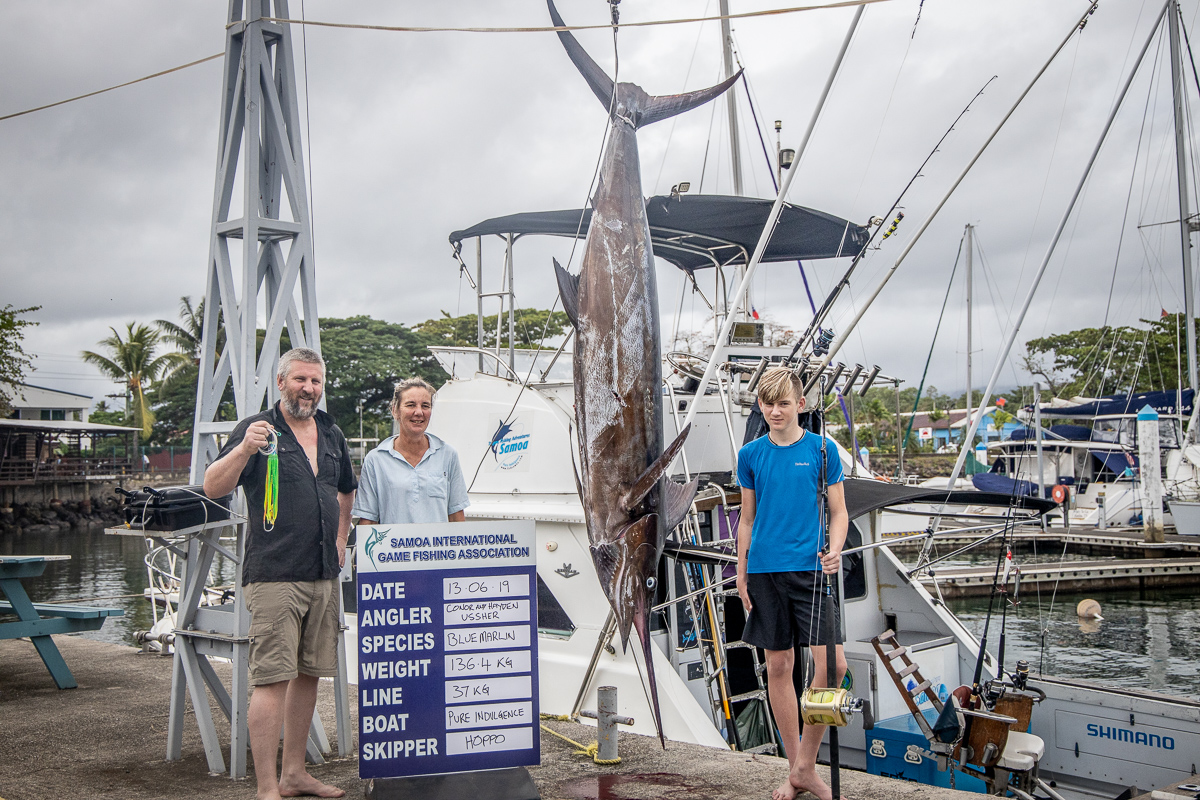 “It’s always nice to come to a warmer spot as well, so it kind of ticks all the boxes for us.

“Left Christchurch in 4 degrees and arrived here in 32 degrees.”

Hayden said they will keep returning and hope to spend even more time in the country after their working lives are over.

“We brought my parents over with us three trips ago.

“We went round both islands and showed them right round.”