The parties involved in the $141,000 lawsuit. (Photo: Vaitogi Asuisui Matafeo)

Former Manu Samoa coach Fuimaono Titimaea Tafua did not breach any of the terms and conditions of his employment contract with the Samoa Rugby Union (S.R.U.), the Supreme Court has heard.

The coaching record of Fuimaono was revealed in Court on Wednesday — during the cross examination of the S.R.U. Chief Executive Officer, Faleomavaega Vincent Fepuleai — over the termination of Fuimaono's contract as head coach.

Fuimaono is suing the S.R.U. for the payout of the balance of his contract valued at $141,000 and is of the view that his termination was wrong.

The plaintiff is represented by overseas lawyer Satui Simativa Perese, while Counsel Semi Leung Wai represented the respondents, the S.R.U. 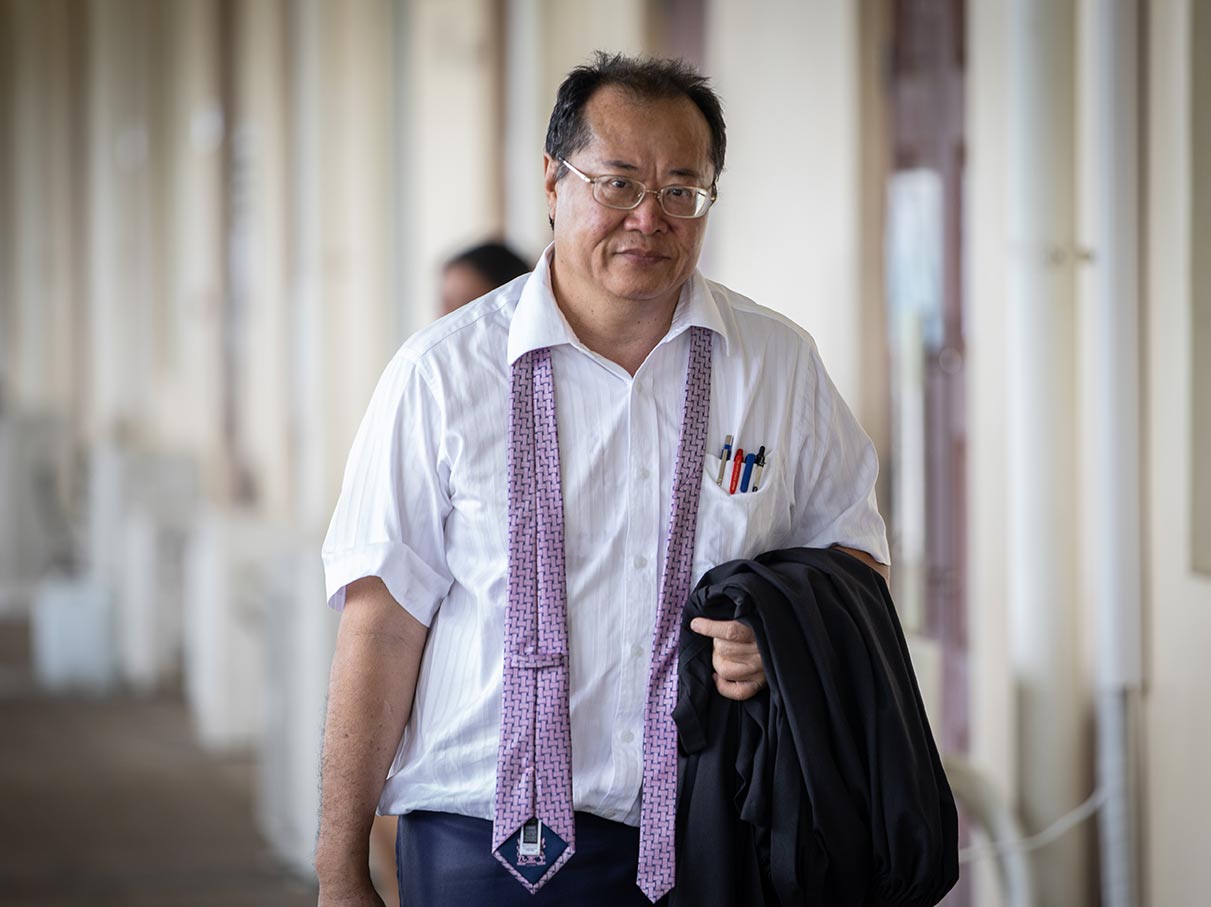 Fuimaono's contract was terminated after a special meeting by the S.R.U. Board of Directors on 25 August 2018.

“I noticed that you never mentioned that you considered Mr Tafua had misconducted himself,” asked Satui and Fepulea’i agreed.

The C.E.O. also agreed that Tafua didn’t breach conditions of his employment and didn’t willfully disobey lawful instructions given by the S.R.U.

However the C.E.O. disputed that Tafua’s performance was up to par as mandated under his contract. 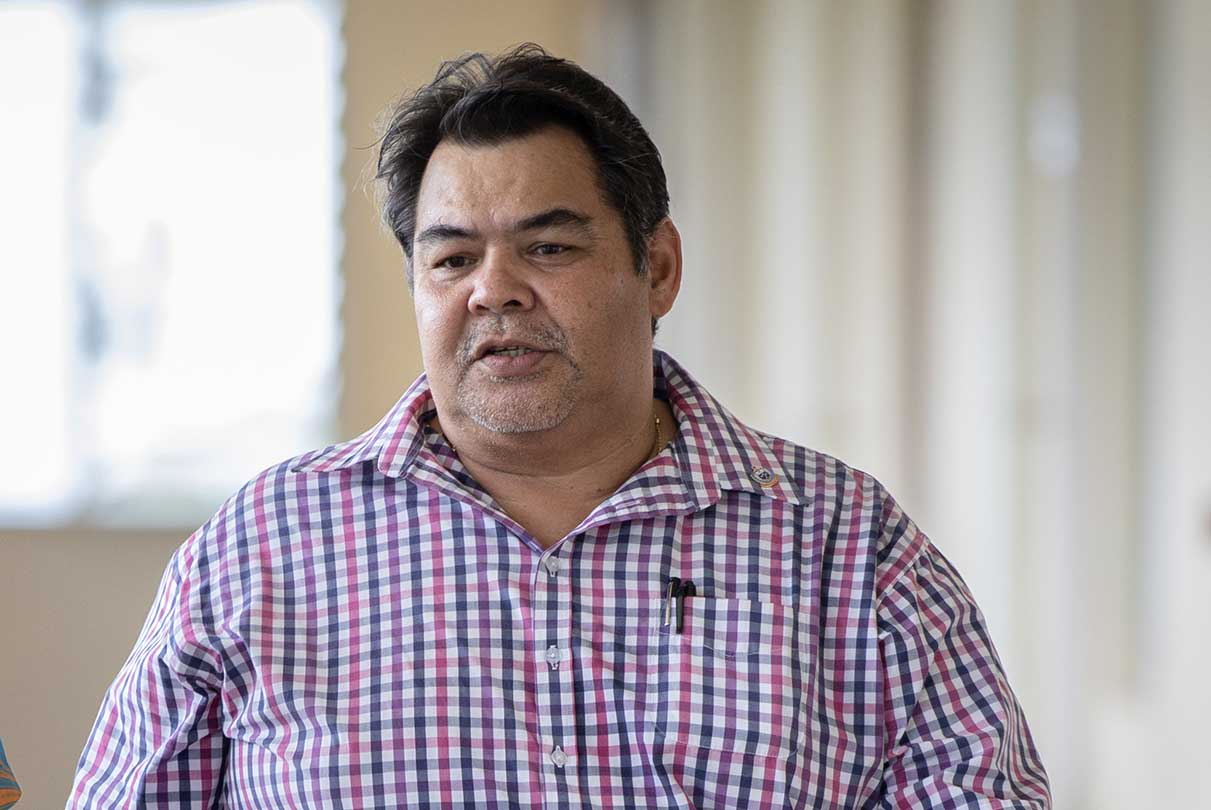 The C.E.O. said there are seven key performance indicators (K.P.I.) outlined in Fuimaono’s contract, however only one was fulfilled.

Satui took issue with one of the key performance indicators in the contract, which points to the Georgia test in 2017 that was held before Fuimaono was employed and the C.E.O. agreed.

However Fepulea’i noted this is one of the two K.P.I.’s that Fuimaono fulfilled.

“There is no point in winning the Test Tier 1 if you don’t get to the World Cup,” and Fepulea’i agreed.

Satui also noted there is no point in improving world rankings in 2016, if the team didn't qualify for the World Cup, but Fepulea’i said there are reasons the K.P.I.’s are put in place.

“It can be elaborate broadly in terms of the overall performance of the team, in terms of what board wanted from the team was top win the matches that why we put it in there.

“The view of the union is that coaches to win matches that are categorically one of the reasons the board argued with the World Rugby.

That is why the K.P.I.’s are put in place because sponsorships to win game go hand in hand and that is why those were put in the K.P.I.s,” said the C.E.O.

Satui put to Fepulea’i that in Fuimaono’s contract which ended September 2019, yet he remains liable for K.P.I.’s from 2017 and 2020 and was not the head coach during these times. 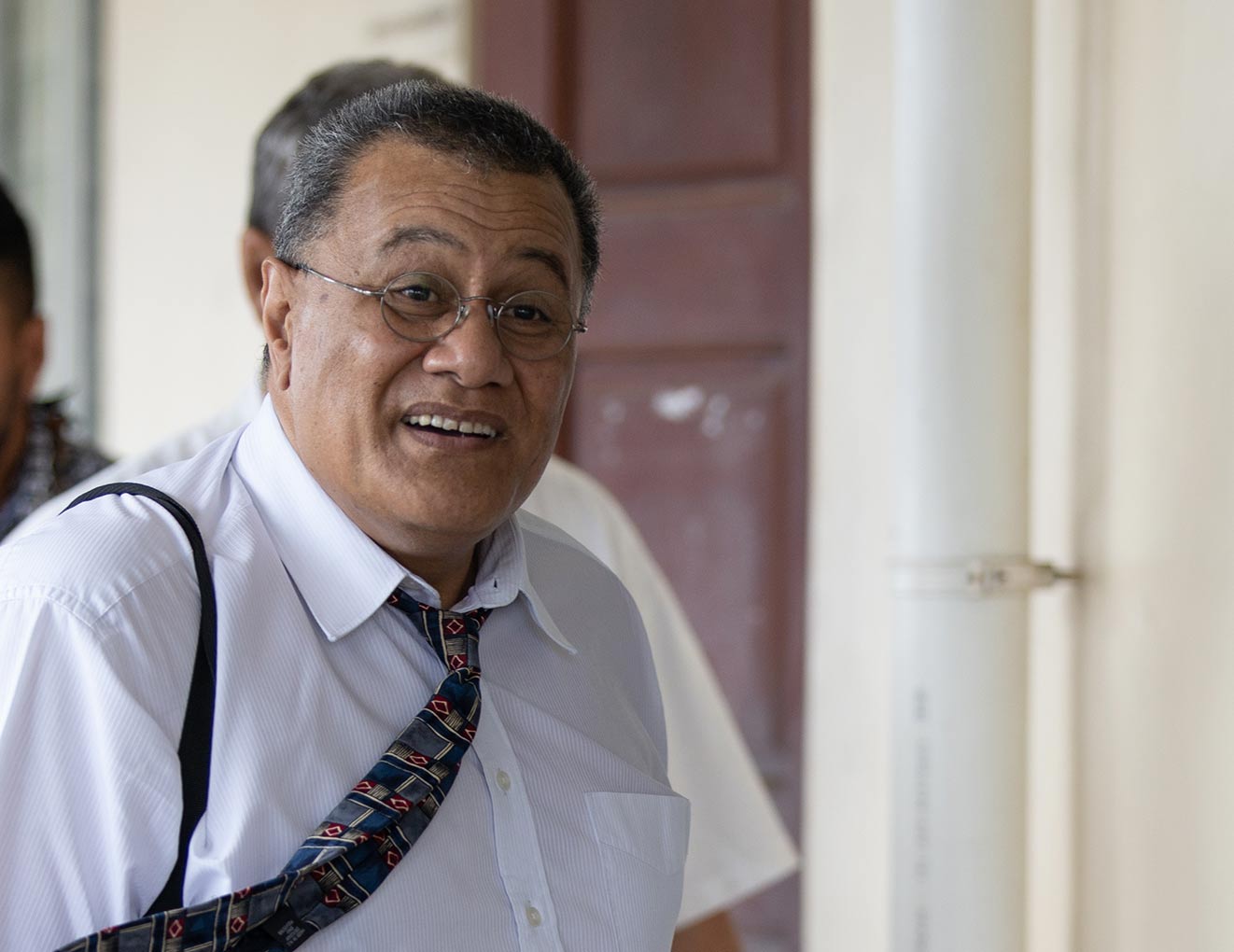 In response, Fepulea’i admitted that was lapse on his part.

Satui claimed the reason that Fuimaono’s contract was terminated was due to mistakes made by the C.E.O. before and during the course of the employment.

“You made a number of mistakes and that led to the termination of Mr Tafua,” argued Satui, but the proposition was disputed by Fepulea’i, who said “no I don’t accept that".

Satui then moved on to the screening process and noted there were seven applicants and five categories outlined in the term or reference for the panelists.

Fepulea’i made it clear the panelist in charge of the interviewing process was selected outside of the S.R.U. to assure there is no interference.

It was explained the term of reference was set out by Trainer and then General Manager of High Performance Unit, Brian Hopley who is also a representative of the World Rugby Union, said the C.E.O.

“The decision was made that the appointment and the process should be independent from any interference by the board.”

According to the C.E.O. once the board received the preferred candidate by the panelists, the board however appointed Fuimaono.

“When the report was submitted to the board and they appointed Mr Tafua they tried to find a way to accommodate Mr Tafua’s and justify his appointment and that was because he came six of the seven shortlisted,” said Fepuela’i.

The C.E.O. said Tafua’s appointment was to bring back stability into the team and also considering the cultural aspect and there was never a discussion prior to the process.

Satui put it to Fepulea’i that he failed to relay to the panel, as to what kind of person the S.R.U. board wanted, which led to the problem and Fepulea’i fired back that he’s not a mind reader.

“I can’t read minds of what they were thinking and it was such a difficult decision by the board as well when they decided on terminating the last head coach (Namulauulu Alama Ieremia) and there were conflicting views at that time. The decision of the board at the time was to go back and have the thorough process where there is no interference from the board,” said the C.E.O.

Satui reminded the C.E.O. that during the screening process for the head coach in 2017, the World Rugby wanted to know the appointment before it was made.

“You knew that stage there has been a breach of that requirement for World Rugby had to be consulted before the appointment. And you did not do anything about that, like ring up the World Rugby to apologize,” said the counsel.

The C.E.O. explained the matter was left to the Chairman as it was the appropriate thing to do and he apologized to the World Rugby on behalf of the Union.

Satui also questioned the C.E.O. on World Rugby losing confidence in Fuimaono started from the process the C.E.O. managed and Fepulea’i disagreed.

“After the northern hemisphere tour, the World Rugby officials came to Samoa and met with the board and tried to mediate a way forward. And they were happy to have Fuimaono continue as head coach, but they were not going to support paying for his salary,” said the C.E.O.

Satui told the C.E.O.’s failures to properly manage the relationship with the World Rugby continued to the series of incidents that eventually led to Fuimaono’s contract being terminated.

However the C.E.O. disagreed. The hearing continues.