Children wave from the top of the fire truck. (Photo: Misiona Simo)

More than 80 child vendors from around Upolu gathered to celebrate World Day Against Child Labour at the Samoa Victims Support Group (S.V.S.G.) Campus of Hope at Tuanaimato.

The event on Wednesday was hosted by International Labour Organisation (I.L.O.) and S.V.S.G. under the theme "children should not work in fields, but on dreams!". 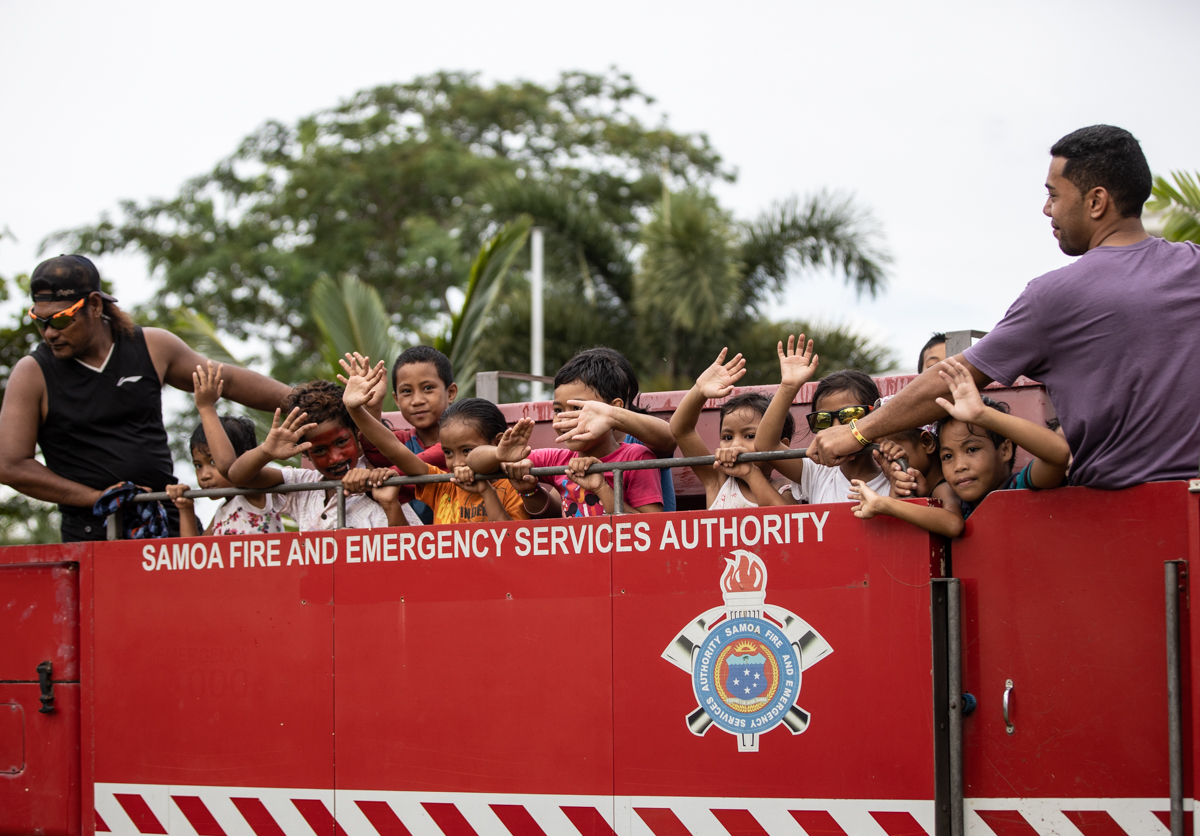 I.L.O. National Coordinator to Samoa, Tomasi Peni said the event was also a follow-up to their buddy-up programme with S.V.S.G. and most of the children are vendors, whom they managed to secure school scholarships for.

“And because this year’s celebration is based on children not working in fields, but focusing on dreams — it is also a chance for them to discover what they want to be — in the future.

“But for today (Wednesday), it is a chance for them to just be themselves, which is a child and just enjoy and have lots of fun."

Mr. Peni said that addressing child labour issues in Samoa is a collaborative effort between various ministries like Ministry of Education, Sports and Culture (M.E.S.C.) with their Compulsory Education Act, Ministry of Commerce, Industry and Labour with their Labour Acts, Ministry of Women Community and Social Development with child protection and not forgetting S.V.S.G., which deals with a variety of issues.

“A total of 106 child vendors were recorded in our latest survey done in 2016 and we hope that our initiatives will decrease the number in the years to come. 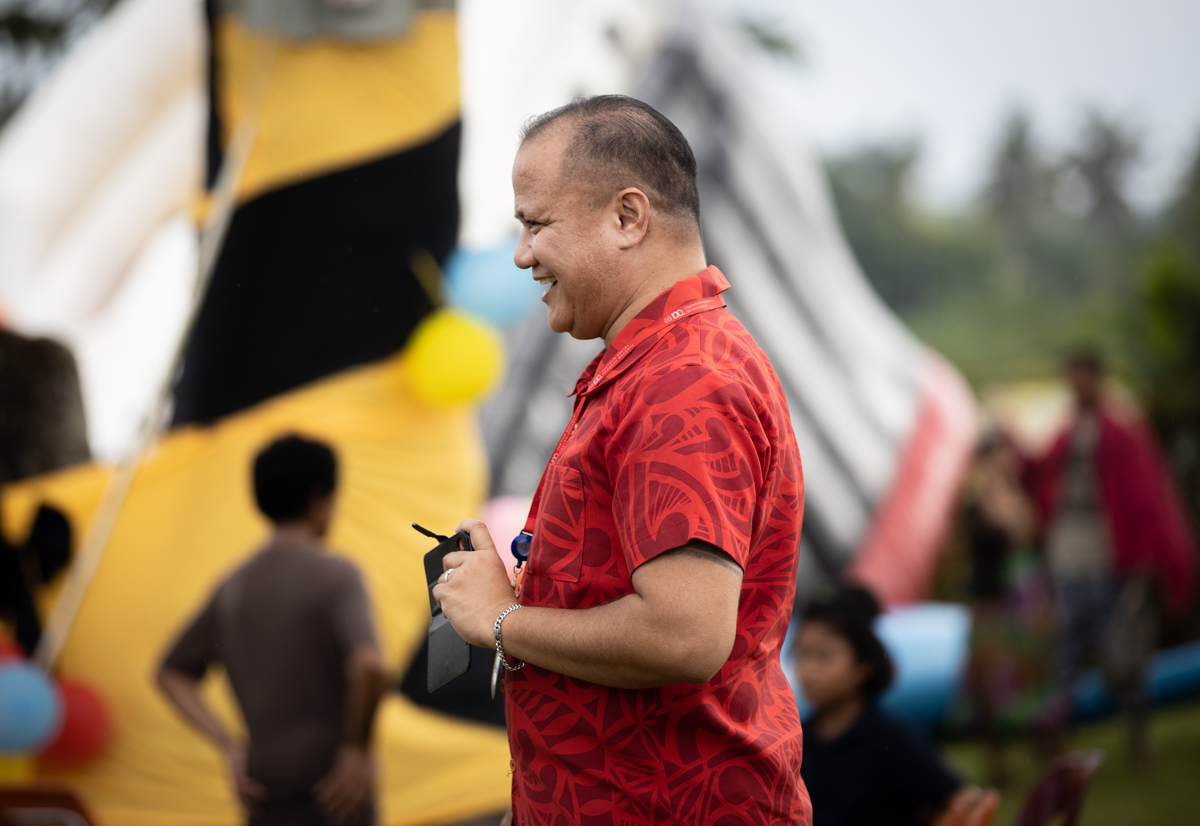 “The minimum age for children to work is 15 in Samoa but they are required only to work in light jobs.

“Samoa is very fortunate that the only child labour found in Samoa is street vending unlike other countries like Fiji and P.N.G. there are worst case scenarios like sexual exploitations,” he added.

He also said the Government of Samoa is doing their best to address child labour but there is a need for more laws to be enacted to help make effective measures to tackle the issue. 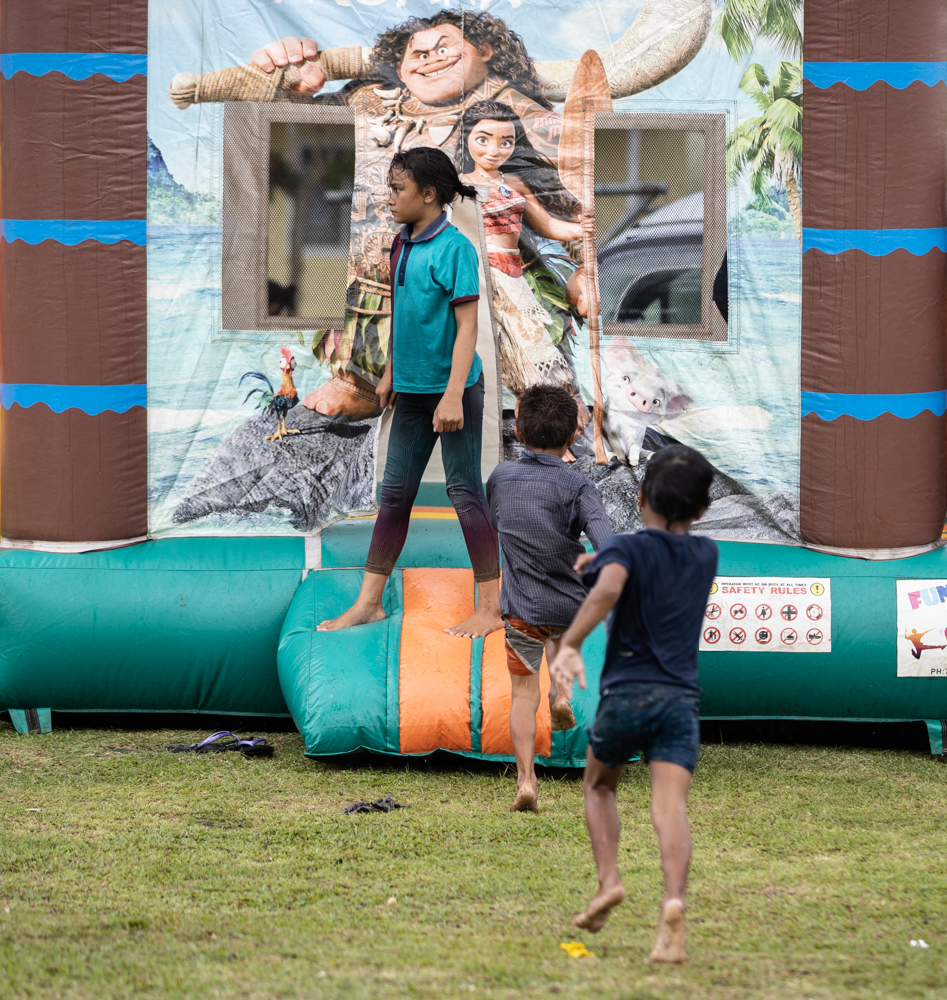 A total of 152 million children from around the world are still in child labour - although child labour occurs in almost every sector, seven out of every 10 is in agriculture, according to the I.L.O. website.

The I.L.O. started marking child labour in 2002 to focus attention on the global extent of child labour and the action and efforts needed to eliminate it.