The group behind the campaign to save the 117-year-old Court House is seeking legal advice, following reports the Government will go ahead and demolish the German-made building.

Samoa Tofia Mai le Atua (S.T.M.A.) Chairman, Taloto Obed Unasa, said they were looking at their options including the option of filing a court injunction against any new development plans for the building.

"We want to look at that process and getting legal advice on filing a court injunction against any development plans on the building unless the board’s work is complete," he said.

Taloto said a meeting with Prime Minister Tuilaepa Dr. Sa'ilele Malielegaoi was convened on May 27 this year, where he said the PM assured them that the Government will give the group more time to do fundraising.

"He said I’ll give a chance for you to go and search funds for the old court house and then he said to go to the Minister of Tourism, to discuss and go over our proposed plan again.

"And those things were done on the Friday before we came to Australia. That’s where the meeting was at and also prepared our plans, and dropped it off to Pinati’s office, his secretary, and another copy to the C.E.O. of tourism.

"So two papers were dropped to the offices of the government regarding our financial plans in seeking funding for the building. And then we left Samoa.

"But we were surprised to hear the Prime Minister’s comments that time is up it won’t be left any longer, the building will be demolished and that’s what he his mind is set on.

"Two weeks is not enough time to get the money needed which is from five million to 10 million, it’s unrealistic. Which means he wasn’t being truthful with us if this is the time frame he gave us," he told Samoa Observer in a phone interview.

The Prime Minister is reported to have told Talamua Media that a lot of people promised millions to rebuild and preserve the building but they failed to keep their promise, consequently the Samoa Government has decided the colonial structure will be pulled down.

Taloto is adamant that the building can still be saved, if the right processes are followed, despite the decision of the Prime Minister.

"There are processes when it comes to the laws of the Government; there are laws under their PUMA Act, Plan Urban Management Act 2004. It says the Act has a board, with representatives from the Government, and members of the communities within this board. 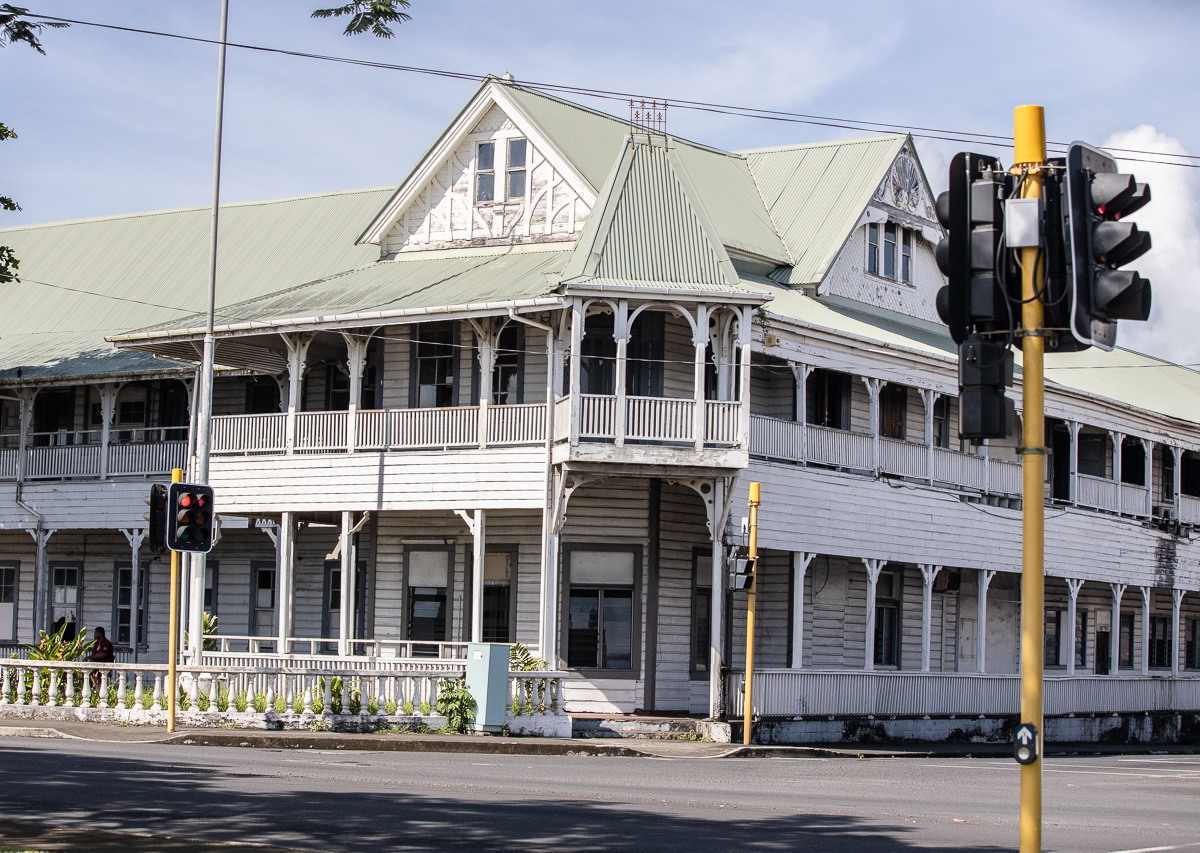 Part II of the Planning and Urban Management 2004, section 5(2) states:

Planning and Urban Management Board-

(1) A Planning and Urban Management Board is hereby established.

(a) The Minister, who shall be Chairperson;

(b) 10 members, comprising 5 government and 5 community representatives as determined from time to time by the Head of State, acting on the advice of Cabinet.

Also underlined under the PUMA 2004 Act in Part III states functions of the Board, and in section 9(h) and (i) it states:

"To preserve those buildings areas or other places of scientific, aesthetic, architectural or historical interest, or otherwise of special cultural value;

"To promote education and community awareness concerning urban and planning issues," it read.

Taloto said they have done what they needed to do, and whatever comes next is out of their control.

"Our work follows the law so we met with the P.M., we’ve met with the Minister, the C.E.O. and the S.I.F.A. Chief Executive Officer and also the UN director in Apia. Meaning we have met everybody in the government regarding the building.

"[But] there has been a different response to demolish the building and those things are different from our conversation.

"And those things, we do not have control to what they respond to and even though it’s against our own conversations that we talked about with an understanding that they gave us an opportunity to seek funds for the building," he added.

Attempts to get comments from the offices of the Prime Minister and Tourism Minister, Sala Fata Pinati were unsuccessful as of press time.