In Sinamoga, Matulo Luni on a classic example of bulky waste, a hard-to-dispose of item like a car can rust away indefinitely, potentially poisioning the soil it sits on. (Photo: Misiona Simo)
Climate Change

PacWaste Plus, which was signed here in Samoa earlier this year, is a five-year project aimed at improving not only waste management but also data collection and the human capacity to deal with the growing issue of rubbish.

Hazardous waste like e-waste is a central focus for Samoa, but projects and funding allocations between the 15 countries involved will not be finalised for another eight to 12 months, according to project manager Bradley Nolan. 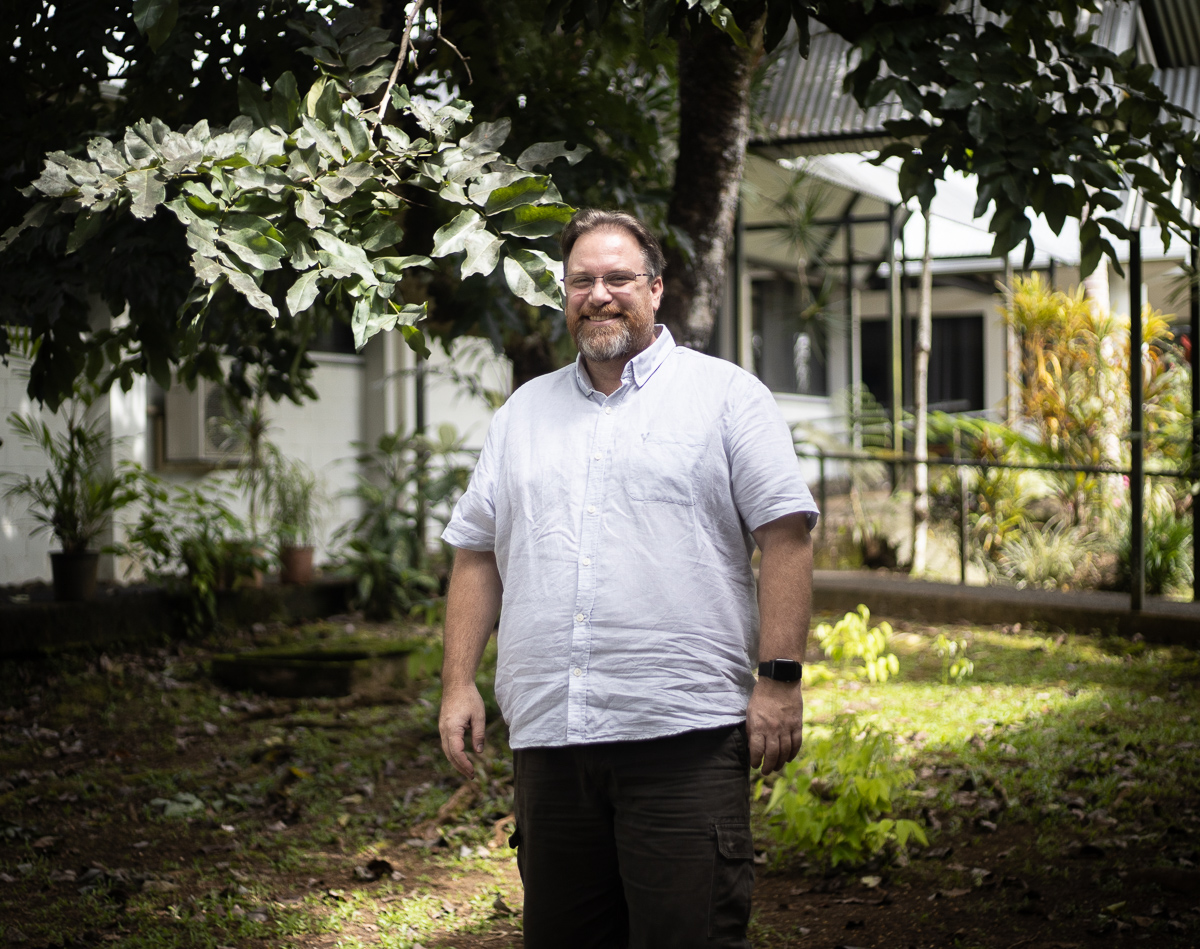 The other waste streams include recyclables, organic waste, bulky and waste water.

Mr Nolan works for the implementing agency of the project, the Secretariat of the Pacific Regional Environment Program (S.P.R.E.P.). He said following a useful two-week inception period in Fiji in May, the PacWaste Plus steering committee is ready to conduct a deep-dive into each country’s priorities, gaps, and needs in order to best spend the E.U. funding over the next four years.

The work will focus on four “key result area": data collection, legislation and policy, on ground action, and capacity building, which will include developing a tertiary course at the University of the South Pacific in waste management.

“We will be looking to have a holistic approach across all four areas,” Mr Nolan said. The data collection and policy feed into each other, as do planning for capacity building and developing action in the different countries.

And in an effort not to duplicate other projects, part of the inception of the project was to partner with agencies like Japan’s J-P.R.I.S.M II (Promotion of Regional Initiative on Solid Waste Management Phase II), and Australia’s P.R.I.F (Pacific Region Infrastructure Facility) to see where crossovers exist and where the agencies can support each other.

“Although we have a generous donation from the E.U. to finance this particular project, when you spread that money across 15 countries and five years, it’s not a significant amount of money,” Mr Nolan said.

“So what we’ll be doing is sitting down with countries, going over their priorities, looking at opportunities that exist and taking the time – the next eight to 12 months depending on progress – to identify and build a full project concept note.”

The project steering committee will judge those concepts carefully and choose which will go ahead and then the next three years will be all about implementation.

When projects are decided, they should enable countries to share their projects by the end of the five years so that the effects are felt long after the funding is gone.

“There is US$5 million (T$13.18 million) that has been identified as available for those project concepts in country and the steering committee will need to determine which projects best service the best value of that,” Mr Nolan explained.

“We’ll be working with those countries to make sure they get the outcome they require but that it’s a transferable outcome so that the learnings can be translated to other countries.”