Apia Waterfront Development Project a few steps away from fully opening the Event Space to the public. (Photo: Misiona Simo)

Therefore, when the Apia Waterfront Development Project advised in a public notice of the availability of the Eleele Fou car park area starting last Friday, local motorists heaved a sigh of relief.

"We thank you for your patience and continuous support while undertaking this project for the development of our small city.

"We are a few steps away from fully opening the Event Space to the public. We are looking forward to it and we hope you are too," the notice read.

Samoa Observer spoke to some members of the public and most were happy there were more car parking spaces available in the town area.

Salesa, a public servant working at the Samoa Government Building FMFMII, is he is thankful for the quick development by the Apia Waterfront Development Project.

"Before, there was a hassle when people used to look around for available parking for their cars. But thankfully this car park has been completed early — now that this is done the people can come here to park — instead of continuously going around seeking parking," said the 58-year-old.

He said they usually had to mediate disputes amongst motorists over parking space.

"Once some people circle the building twice or three times, they get angry and all we can do is to try and deal with it and make them understand what the issue was. But work is mostly done now and the members of the public are having less trouble finding parking. Now a car can always find parking even though it’s not completely complete."

And while the added parking space is good news for motorists, he personally thinks that a lot of the space is taken up by the plants which were grown for landscaping.

"I believe that it isn’t lost on everybody how fast many cars are coming in and in my opinion, it seems like a lot of the space is taken up by plants. But it should’ve been made available for more parking spaces, to accommodate for the increasing number of cars," he added.

Thirty-seven-year-old Henry Mapusaga said the new car park meant people's cars were a lot safer now than parking on the side of the road.

"And whatever part of town you want to go to, for whatever duties and errands especially those who work here to park for the long day, it’s very good. 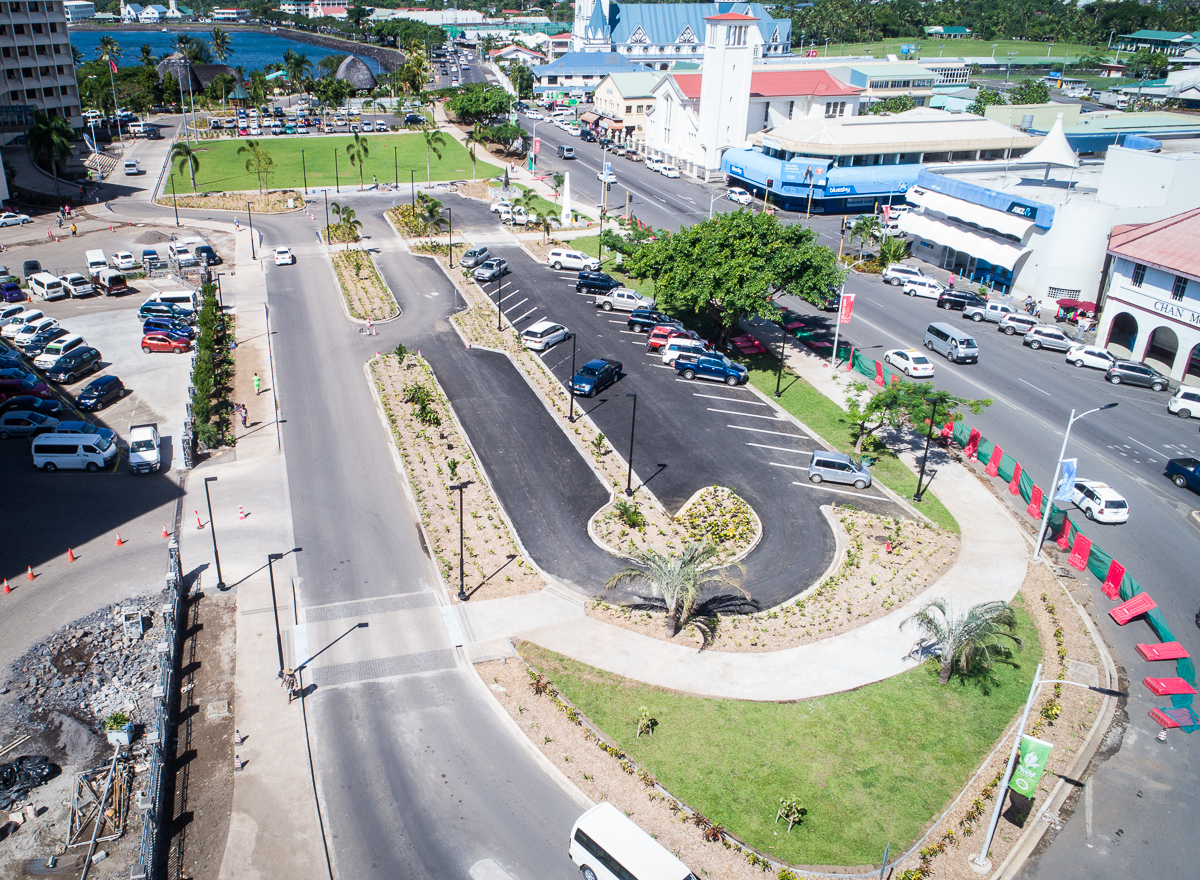 "The biggest thing is that I like how the car park is safe. I can leave my car here and go somewhere I don’t have to worry anymore," he added.

Mr. Mapusaga said the carpark extension is also good for tourists, as they can park there and go to the cultural and information center.

Apia Waterfront Development Project public notice also advised the public about the flow of traffic in the new parking area with the redevelopment work creating two entry/exit points into and out of the car park.

"One is directly in front of the Central Bank Samoa (C.B.S.) building and the other is located further at the edge of the green space/lawn.

"No right turn into the first aisle when entering the car park area through the eastern access," it read.