Anastasia Faaopea Teo from Vaie'e Safata was born on May 12, 1913 and survived both World Wars as well as the deadly influenza pandemic which claimed thousands of lives in Samoa in 1918.

She was possibly the oldest living person in Samoa before her death, with the Pension Office confirming her date of birth at Vaiee to Tinisi Mataia Te’o of Tafitoala. Her father was Felise Te’o of Vaiee who was a Catechist.

The death of the late Anastasia brought together her children, grandchildren and families in Samoa and across the world to honour her memory and to celebrate her life.

Her burial was held at her younger sister's home at Moamoa, where she was cared for by her sisters' children as most of her children resided overseas.

The family held her funeral service Wednesday at the Mulivai Catholic Church. 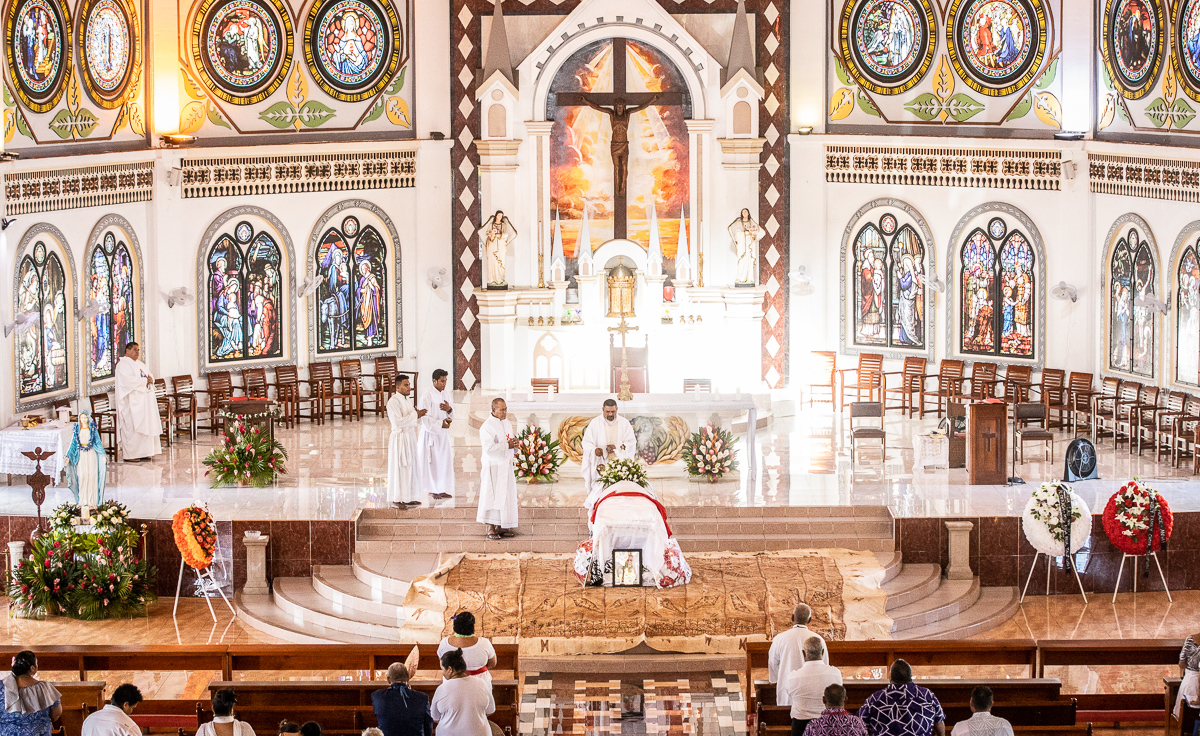 Relatives Tulipe Tili and Maria Losa Alesana told this newspaper that Anastasia is a woman of faith and family and cherishes her parents.

And while Felise Te'o and Tinisi Te'o were her biological parents, she was adopted by Mrs. Alesana's parents, Faapale and Tiafala.

Mrs. Alesana said she always admired the work Anastasia did for her family.

Speaking during the eulogy at the funeral service, Mrs. Tili said as a relative who cared for Anastasia during her old age, she considered herself blessed to have spent time with her.

She referred to Anastasia as a servant given by God to provide blessings not only in her life, but also in the lives of her family and her children.

"Because Ana always forgets things during her elderly age, I always ask her questions to wake her mind. The only questions Ana gets the right answer for is who her saviour is — she would always say God is my saviour," she added.