A sixth place finish for Samoa at the Paris Sevens was enough to get them into sixth in the overall World Rugby Sevens Series standings.

The Manu 7s lost two of three games on Day Two, but a win over Argentina in the 5th-6th Semifinal was enough to ensure they overtook Australia in the overall standings, after they could only manage a tie for 11th at the tournament.

The day couldn’t have started much worse for Samoa, who were totally outclassed by South Africa in 40-7 Cup quarterfinal defeat.

The Blitzbokke were ruthlessly efficient and dominated the breakdown to monopolise possession, with a consolation try to forward Alamanda Motuga after the hooter the only silver lining for Samoa. 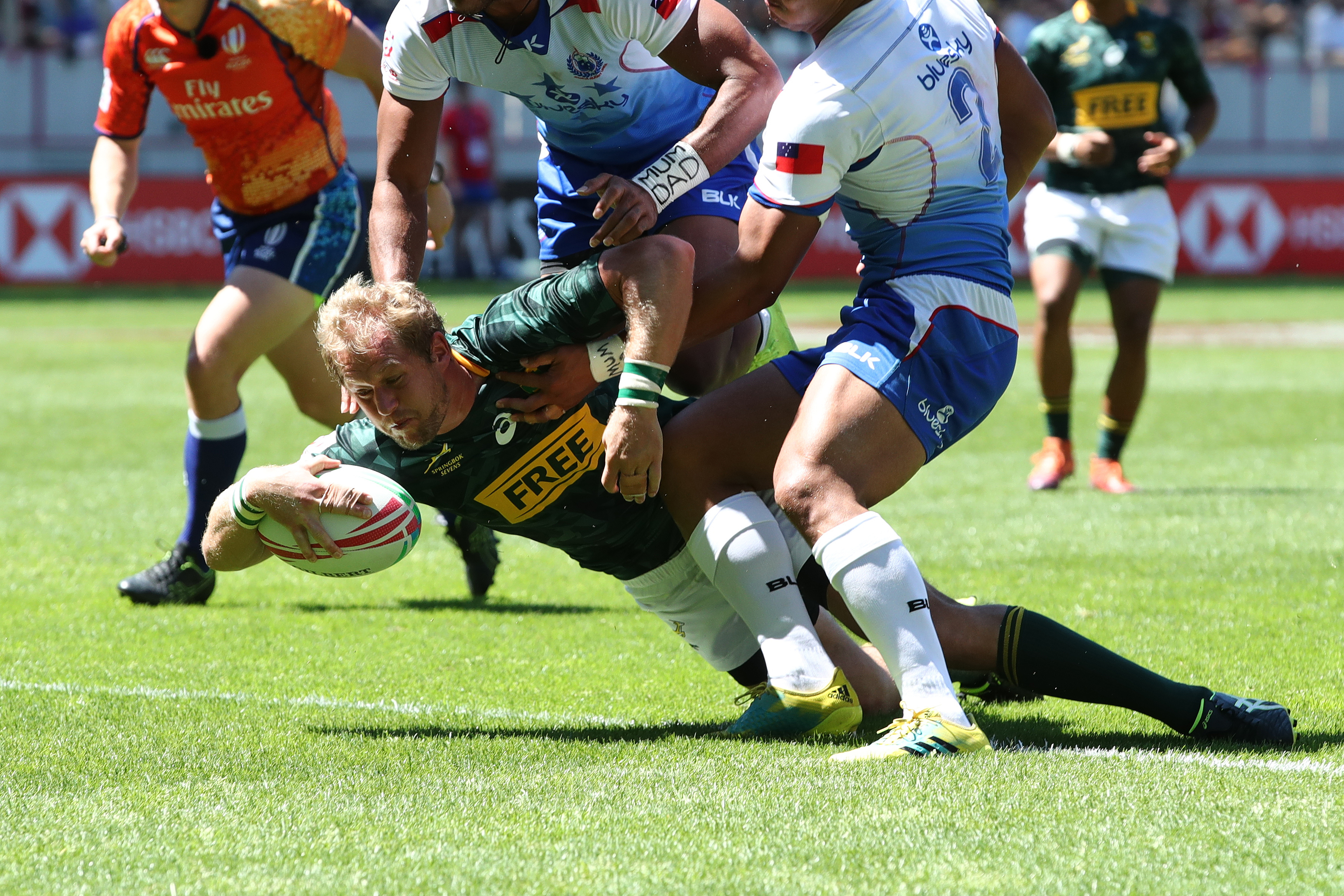 That meant Sir Gordon Tietjens opted for a new playmaker combination for the 5th-6th Semifinal, with Phillip Luki getting a start up front to facilitate Tomasi Alosio’s shift into the halves alongside Paulo Toilolo Fanuasa, with Tila Mealoi heading to the bench.

Neither side could break the 0-0 deadlock until the sixth minute, when Felipe del Mestre scored a try to give the Pumas a 5-0 lead at the break.

Samoa hit back twice in the second half through Alosio and Joe Perez, and a Luciano Gonzalez try on full-time went unconverted, giving the Manu a 10-12 win.

They faced off against France for fifth, and the hosts showed why they’ve been one of the form teams of the Series over the last five tournaments, winning 40-5.

Tietjens rung the changes for this game with sixth place in the overall standings secure, benching captain David Afamasaga, and key players Motuga and John Vaili to give the less experienced players in the team an extended run.

Toilolo Fanuasa managed to get his maiden try on the Series for his first ever points at international level in the fifth minute of the match.

Samoa’s sixth place overall finish on the 2018/19 World Rugby Sevens Series is a marked improvement on last season’s 10th, and they almost doubled their points tally (59 to 107).

John Vaili was a major part of their success this season in his first year with the team, proven by the 23 year old earning a nomination for the World Rugby 7s Rookie of the Year Award won by Fiji’s Meli Derenalagi.

Valli picked up the DHL Impact Player award at the Singapore tournament, and lead Samoa with 29 tries on the Series, the 10th highest amount overall.

Alamanda Motuga was the second-top tryscorer for Samoa with 26, and he also finished fourth in the overall DHL Impact Player Rankings having clocked up 111 tackles, 27 breaks, 25 offloads and 166 carries over the 10 tournaments.

The Manu Samoa 7s will get a rare opportunity to perform on home turf next month at the Pacific Games sevens tournament, before the Oceania Championships (also an Olympic qualifier) in November.