A historic moment for Police women

For the first time in 50 years, women were welcomed into the Police Honour Guard. (Photo: Areta Areta)

This historical occasion moment came during the closing of the 57th Independence Anniversary celebration, during the Ministry of Police  Guard of Honour led by Police Superintendent Lafaitele Herbert.

There were 16 women in the Guard of Honour consisting of 50 members.

“One of the big things that we introduced this year for the honour guard is that we have 16 women involved," he said.

“They did really well and we spent a lot of time working not just with the women, but also the men for preparation and making sure no one drops a gun.

“It is a new show we put on, not only for the Honor Guard but the Police Royal band as well,” he said.

Prior to the lowering of the flag, an honour guard performance using the guns in synchronised form received applause from the public.

The Commissioner said having women involved in the Honour Guard is long overdue.

“It’s’ always been a male dominant arena when it comes to law enforcement and especially when it comes to our community where men are a little bit more pronounced but in my way of thinking is that gender should change anything.

“Gender is not an issue, it’s all based merit when it comes to me. “We have women in maritime, tactical unit and also Deputy Commissioner is a female.

“The sky's the limit and there is no ceiling within the Samoa police, it is really up to you. 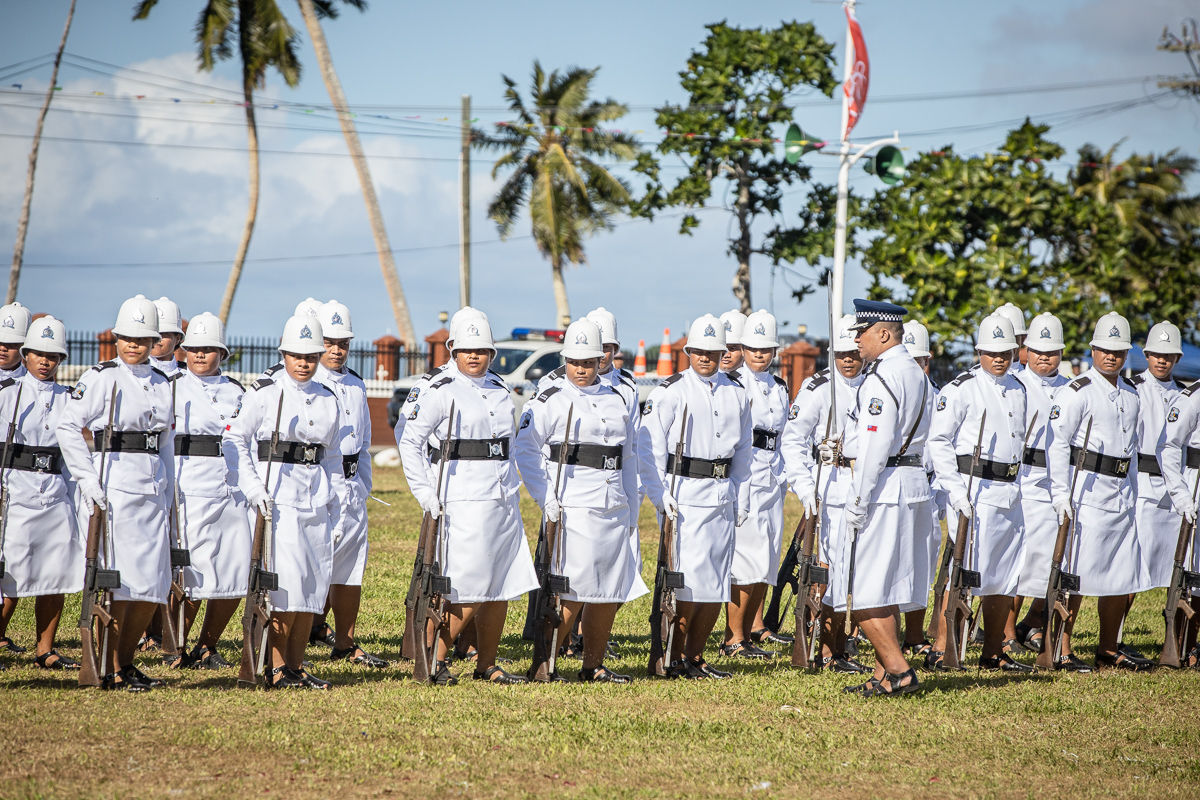 “And it is all merit based now. But if you can’t handle it you are out. The women that are in the Samoa Police are worthy of their positions.” The women volunteered to be in the honour guard and the Commissioner hopes that more female officers will join next year."

In relation to the Samoa Royal Police band’s performance, Fuiavaili’ili said there is so much talent in the Police force.

“The men leading the band are very creative and they come up with these routines and choreography and the one thing I require of them is to make it professional given that they represent the Police.

“Also the songs have to be appropriate and it has to be military type movement, because it is the police force, but it is all them,” said the Commissioner.

The Police band was led by Police Superintendent, Sala Opetaia Lauina. The Commissioner also noted there were no major incidents at the Malae of Ti’afau today.

“There were no major incident, just minor traffic issues given this is the peninsula where there is one way in and way out. 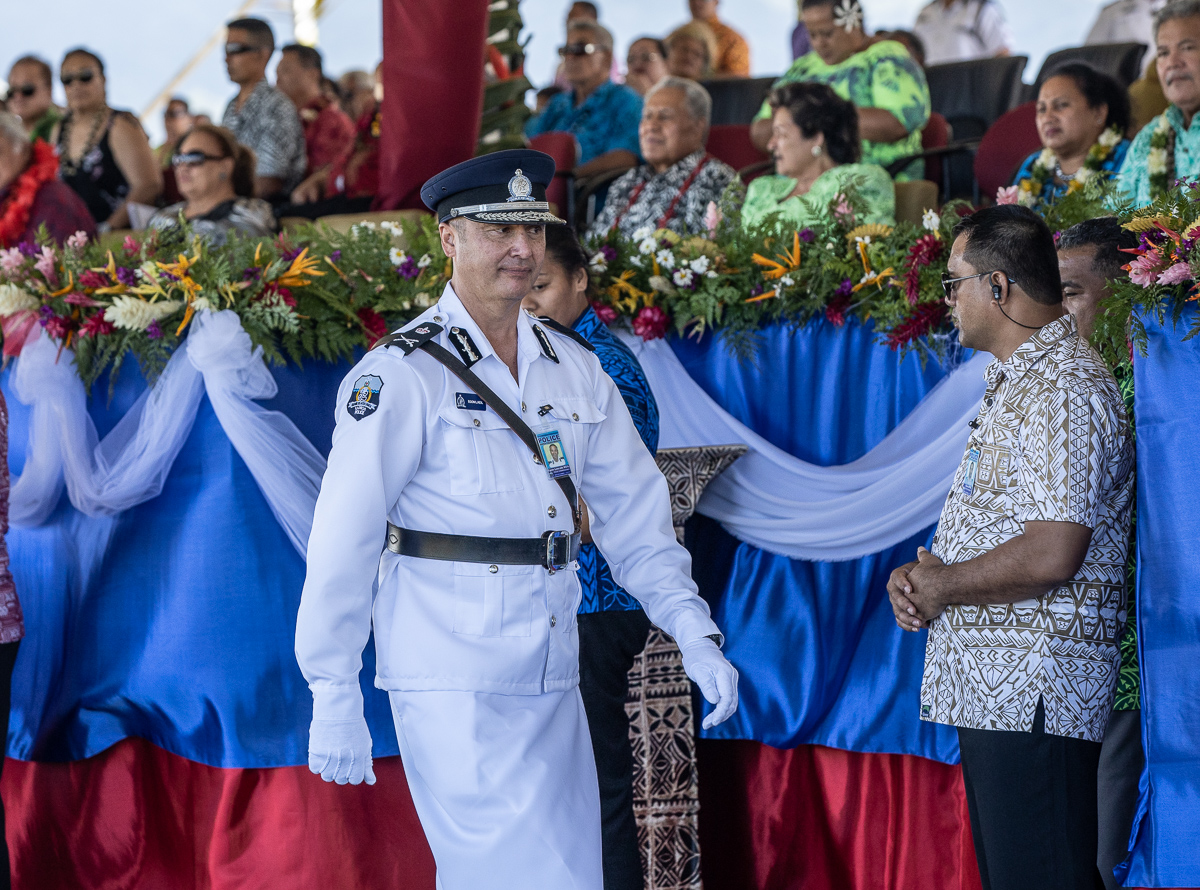 “Security wise as well, there were no incidents that were reported to me but we have over 300 cops dedicated for this event. And this is just a gauge of what we will be doing for the upcoming Pacific Games.

"This is like a little warm up and so when we had the opportunity, we kind of clean it up a little while and get our acts together and thinking outside of the box, so when we do have big events like the Pacific games, we are prepared.”

He said there are police officers from Savai'i in attendance while other officers are left with the outposts to serve calls from the public.

“We are very cognizant of not over deploying the cops here but if there is a need to redeployed them to the outpost that will happen as well.”

He said the march is much more organized this year compared to last year.