The celebration of Samoa’s 57th Independence Day is well and truly underway in a beautiful sunny Saturday in Samoa.

Thousands gathered at the Malae o Tiafa'u this morning to take part in the independence service and the raising of the flag.

The Head of State, His Highness Tuimaleali'ifano Va'aletoa Sualauvi II addressed the nation before Member of the Council of the Deputies, Le Mamea Ropati Mualia, raised the flag.

The night before, the celebration was officially opened with a thanksgiving service at the Immaculate Conception Cathedral at Mulivai.

The service was conducted by former Chairman of the Congregational Christian Church of Samoa, Reverend Elder Tautiaga Senara. 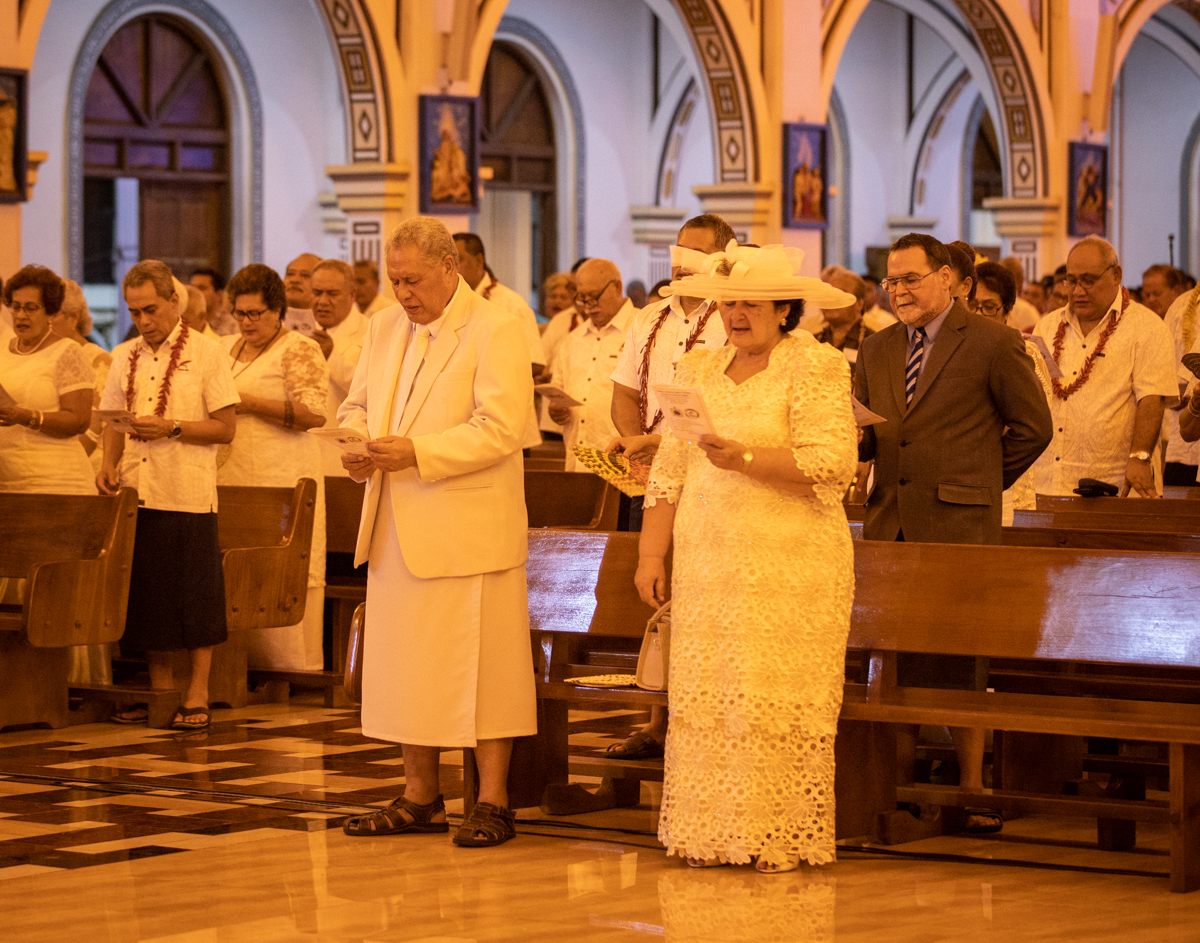 They joined the Prime Minister Tuilaepa Dr. Sa’ilele Malielegaoi, his wife Gillian Malielegaoi; Acting Chief Justice Vui Clarence Nelson and his wife Nynette Nelson, Cabinet Ministers, Members of Parliament, the C.E.O.s and their spouses, and members of the diplomatic corps and other guests.

Rev Senara was assisted by Rev. Mauga Motu, the Deputy Chairman for the National Council of Churches, who read the scriptures. During his sermon, Rev. Senara reminded about the love of Jesus Christ and how freedom should be celebrated.

“Independence is a time to be content and a time of celebration,” he said.

He then turned to the book of Jeremiah, who is known as the weeping prophet, and spoke about the hardship the Prophet Jeremiah encountered while in Israel.

“He cried hysterically for his people of Israel who were supposed to shine the light to the world,” said Rev. Senara. 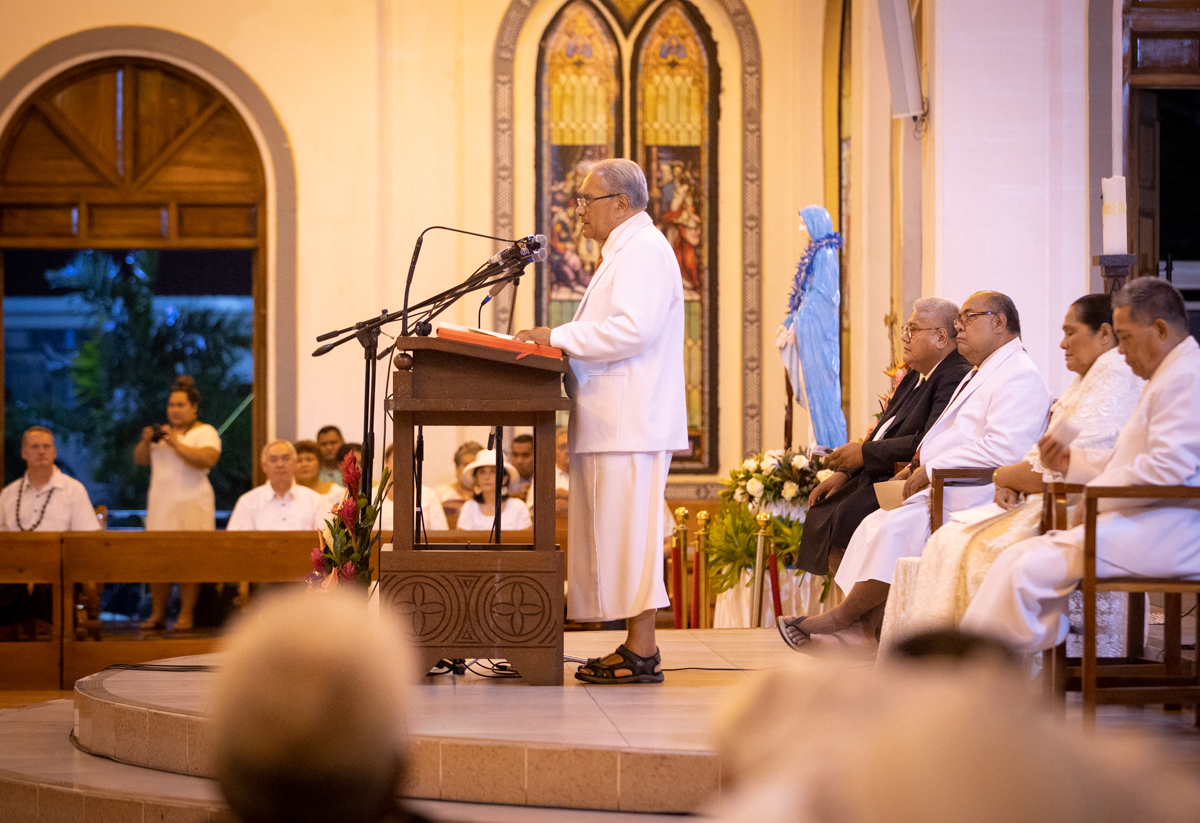 Rev. Senara challenged the audience to take time out to weep for God’ guidance and grace upon Samoa.

Hymns for the services were sung by the Electrical Power Corporation and the Ministry of Revenue staff.

Prior to the service, American Samoa’s Lieutenant Governor Lemanu Peleti Mauga was in admiration of the many years the Samoa Government gained independence.

In an interview with the Samoa Observer, Lemanu said Independence Day in any country should be celebrated.

“And I congratulate the Samoa Government; 57 years of freedom should be celebrated.

“We should celebrate not only for the freedom we are enjoying, but for our forefathers who paved the way for us, we all know that it was not easy task, but they persevered and 57 years we are still going strong.”

Lemanu then turned to the bond the two Samoas share over the years.

“Although we are separated by governance, by the sea we are all Samoans and we are one in spirit. 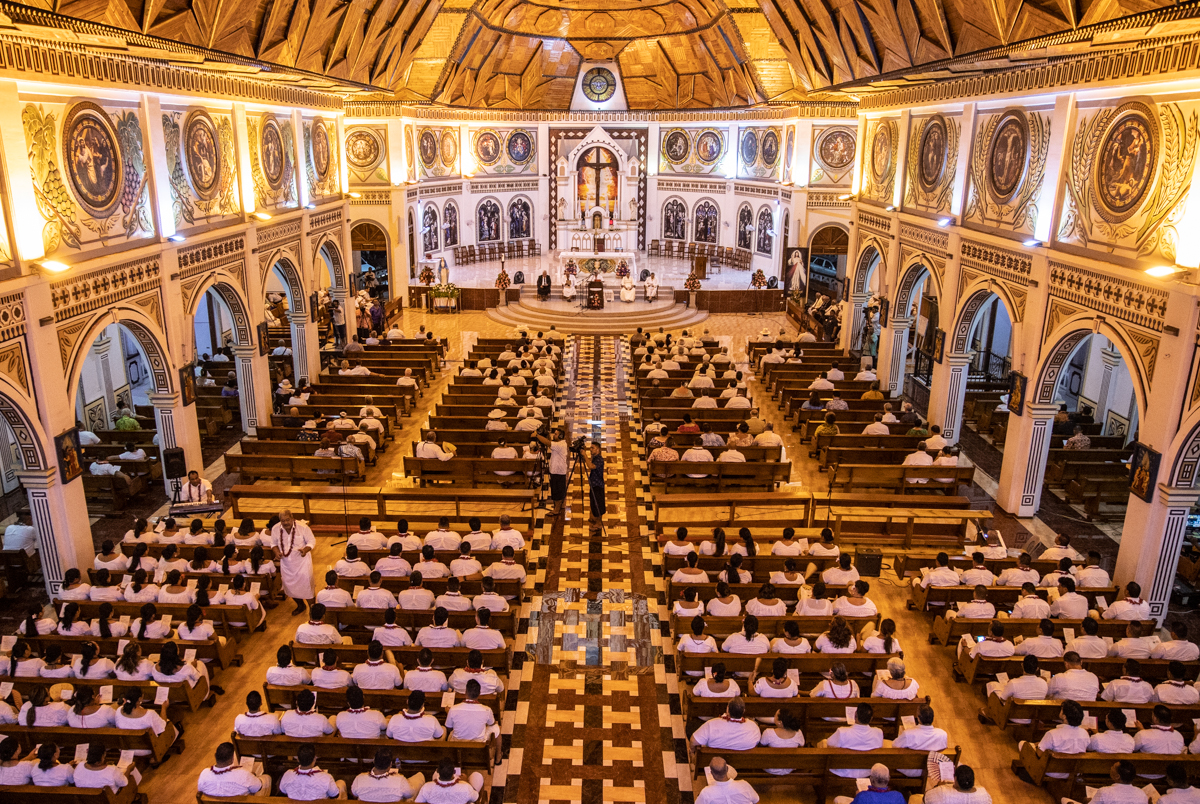 The closing remarks will be given by Prime Minister Tuilaepa.

There will be three major evening events: The Samoa Independence Ball hosted by the Samoa Hotel Association to be held at the T.A.T.T.E. building; the Life Con Fashion Show at Taumeasina Island Resort and the Samoa College annual ball.