The sponsorship will be worth $200,000 tala in cash and in-kind products and services, however how the full amount is split between the two is unclear.

The announcement was made by the Director of Sponsorship, Tagaloa Faafouina Su’a, at a brief signing ceremony. 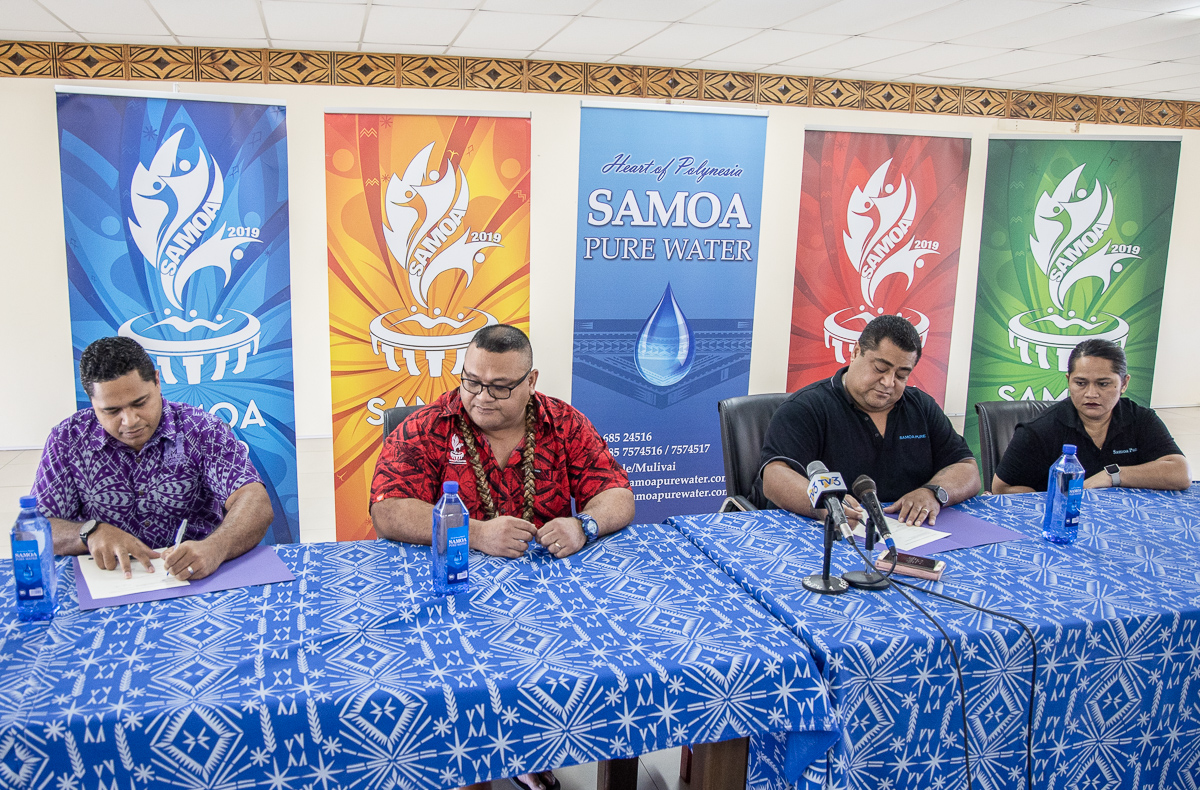 “On behalf of the Chairman, the Executive Committee, the Organising Committee and the Government of Samoa, I’d like to convey a huge fa’afetai tele lava and thank you to Samoa Pure Water for their sponsorship.

“We wouldn’t be able to stage these Games without the support of our people, government, stakeholders and partners, so thank you once again Samoa Pure Water for your generous support,” said Tagaloa.

He said everyone has to get on-board as Samoa’s name is on the Games.

“At the end of the day, this is everyone’s responsibility.

“So whatever contribution everyone can put in, different sectors all contributing to achieving this purpose of hosting the event.

“It’s not an easy undertaking but we’ve done it before, and we pray for God’s guidance and leadership for everyone involved.”

Tagaloa said the sponsorship takes them closer to their overall target, and they have already exceeded the amount raised for the 2007 Pacific Games.

“But we’re still seeking more, the more the better.”

Tusa Victor Vaai, Chairman of Samoa Pure Water, spoke to reaffirm their support for the Games.

“We are happy to be working in partnership with the Pacific Games Office.  We are even more excited because we will be able to give back to the people of Samoa and get the rare chance to promote our products and Samoa to our visitors in July.”

Samoa Pure Water is supporting the greening of the Games initiative, which looks to reduce the amount of single-use plastic being used for the Games.

Whilst their consumer retail water products come in plastic bottles, Tagaloa said this will not be the case for the Games.

“They will have their movable stations delivered to the venues, for the athletes to fill their flasks or bottles."