Devout Catholics in Samoa have taken online to congratulate, Novema Ah Lo Kolo, for a moment many of them could only dream of.

Not only did he meet the Pope, he presented him with a cross that had mamanu designs carved into it. He then placed a ulafala lei on the global head of the Catholic Church.

The moment was all captured in a picture that has gone viral on social media.

The Marist Brothers Old Pupils Association posted the picture of the brief meeting and gift presentation in the St. Peter's Square, in the Vatican City in Rome on its Facebook page.

The photo of the Samoan and the Pope went viral within hours of getting posted and had over 100 shares.

“A very blessed moment for one of our Marist Brothers Old Pupils Association members Novema Ah Lo Kolo. He had the opportunity to not only present His Holiness Pope Francis with a cross that has mamanu Samoa on it, he got to fa'a'ula His Holiness with the 'Ula Fala.

“This was taken on Wednesday 22nd May 2019 in front of St. Peter Square, Vatican City,” stated the Facebook post.

“God has blessed you," she posted.

“Wow, you are blessed and fortunate to have had the opportunity. We can only dream of going to the Vatican to meet His Holiness. I hope you will tell your story and express the feeling of this magnificent moment,” said Ah Chong.

Another admirer, Elega Chang said: “What a kind gesture and incredible moment for Nove. Congratulations. Well done! God has a purpose for this.”

Attempts by the Samoa Observer to contact Mr. Kolo for a comment were unsuccessful at the time of going to press. 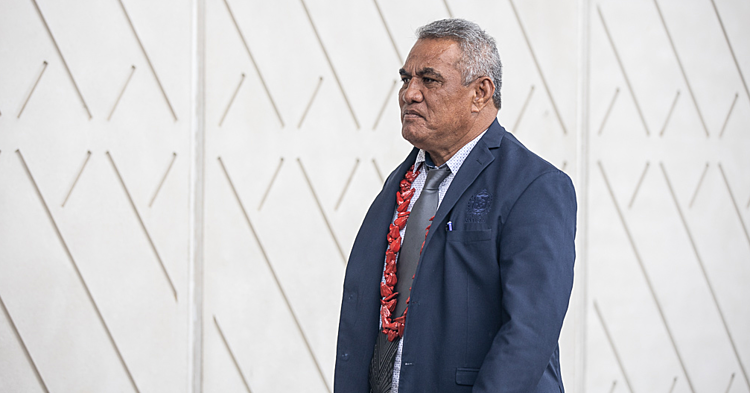