Individuals who work for businesses in Vaitele have appealed to the owners of a vacant plot of land between the Vaitele market and the main road to provide rubbish bins in an effort to clean up the place.

Members of the public use the vacant land to rest under the fig trees. But they leave behind piles of rubbish, mostly plastics bags, foam cups and and bottles.

Forty-three-year-old elei designer, Flo Standley Roache of Siusega told the Samoa Observer that placing rubbish bins within the parameters of the vacant land will help to reduce the littering.

She also suggested that public notices warning people against throwing rubbish around should be put up by the owners of the land.

“I agree that  putting rubbish in the park will help and also putting a public note saying‘ no littering’ will be helpful,” she said.

Vitolia Ioane, 33, who is from Fasitoo-tai and owns a laundromat in Vaitele said the onus is also on members of the public who use and frequent the block of land. 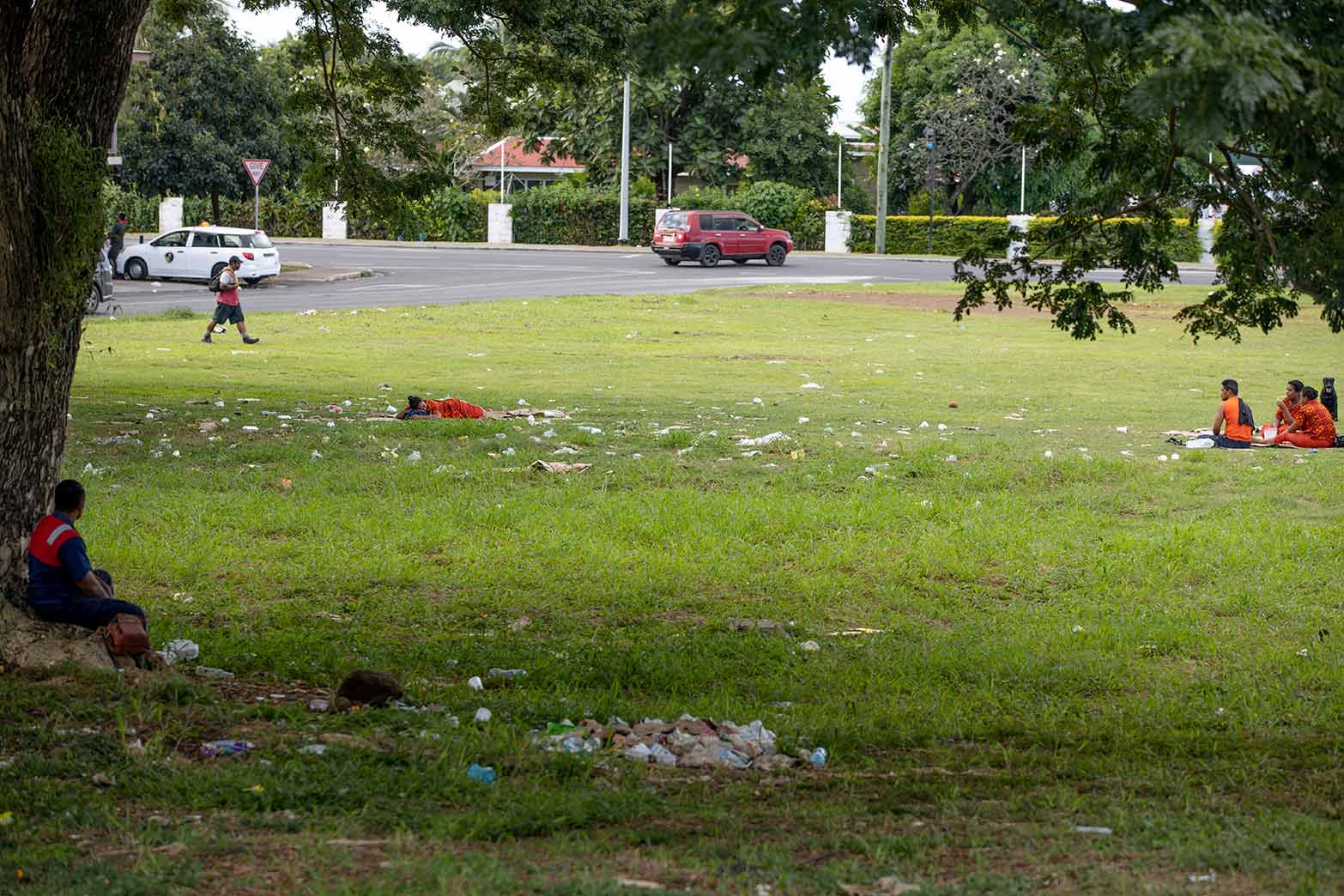 “There should be people who clean the park, and those who use the park should not throw rubbish around but put it in the rubbish bins," she said.

Atoa Toliafoa, 59, of Tomua expressed similar sentiments and added that littering in Apia will not help the tourism industry and creates a bad impression of Samoa amongst tourists.

"Public should not throw rubbish around because our country is beautiful and we should protect our land as tourists visit our island and we let them know that  Samoa is a clean place," he said.

Vili Nielsin, 29, who is a Vaisigano villager and is a local taxi driver, said sometimes he wished Samoans understood the benefits of keeping the country clean and litter-free.

A lot of rubbish is thrown around in Vaitele and often people just sit next to the rubbish without picking them up, he added.

"Keep Samoa clean, make sure they see a rubbish bin, they should throw their rubbish into the bin and not throw it on the ground especially the town areas. But its not good for tourist to look around and find rubbish," he added.

This newspaper could not ascertain the ownership of the land in question with officials saying it is private land.