Samoa's aerobridges get tick of approval

Workers at the Faleolo International Airport celebrates another milestone for the airport. (Photo: Vaitogi Asuisui Matafeo)

Funded by the Government of China, the aerobridges are already a winner with some of the first travellers to have used them when they arrived in pouring rain.

Prime Minister Tuilaepa Dr. Sa'ilele Malielegaoi launched the project, saying the Government's wish is for improved services for airport users and all Samoans.

"This is a moment for Samoa to be proud of as both Samoans and foreigners will be walking in those aerobridges," he said.

"Looking at the history of this airport, this is the first time Samoa has completed its' service at this part of public transportation services."

Linjie Shi of Shanghai Construction assured that the aerobridges are strong and safe for the travellers.

The ribbon was cut by the Chinese Ambassador to Samoa, Chao Xiaoliang, and the Minister of Works, Transport and Infrastructure, Papali'i Niko Lee Hang

Passengers on board the Samoa Airways flight from Auckland, New Zealand were the first to experience the aerobridges. 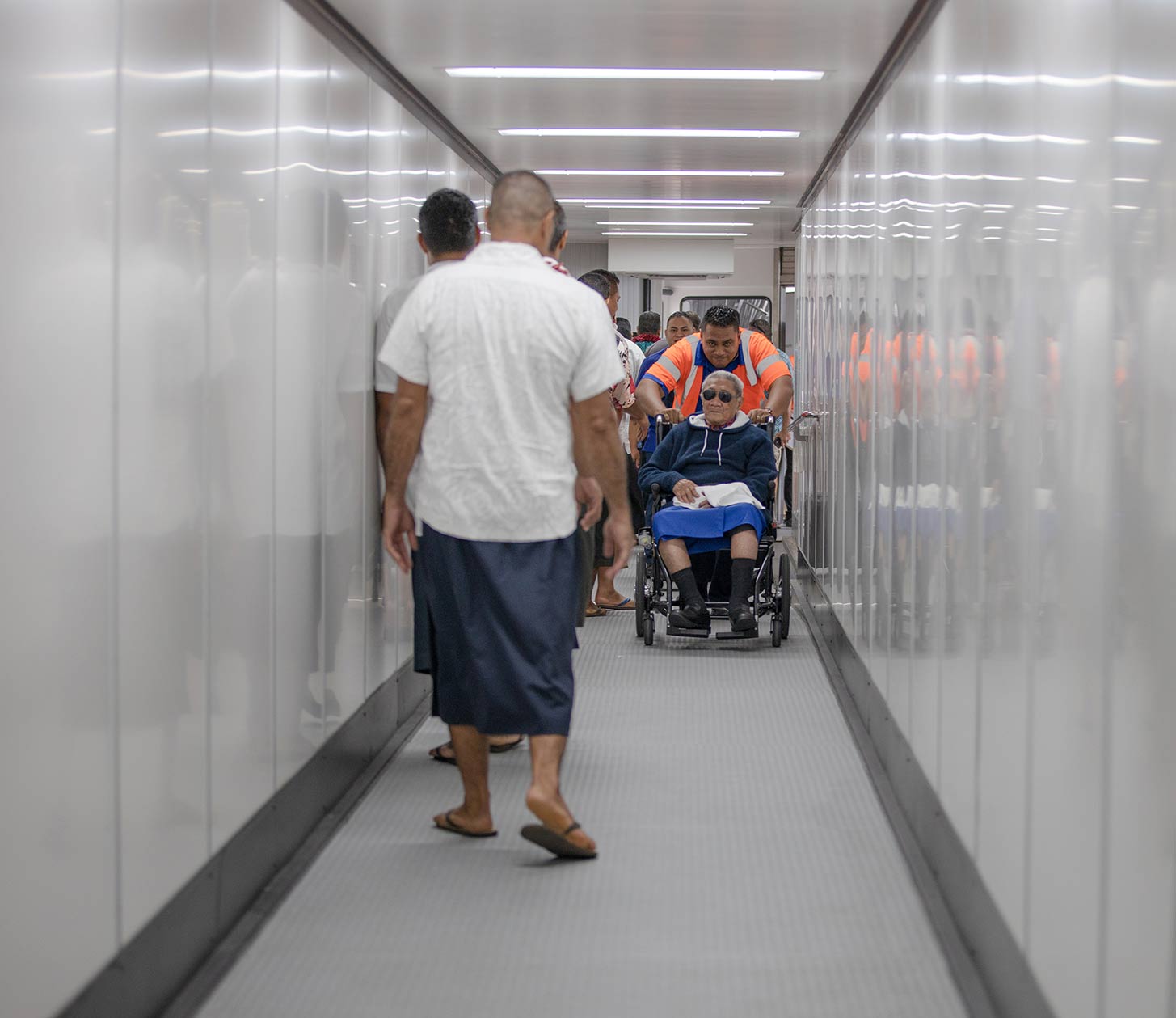 A couple from Auckland, New Zealand, said this is a very good development for Samoa.

"This is our first time here in Samoa and before we came, we googled all sites of Samoa including the airport to see what it's like. This is not how it was when we saw it online. I've got to say it is beautiful and very safe.

"We have also seen that the aerobridges were being built which made us more interested to come over to Samoa," Adel Vinzyl said. 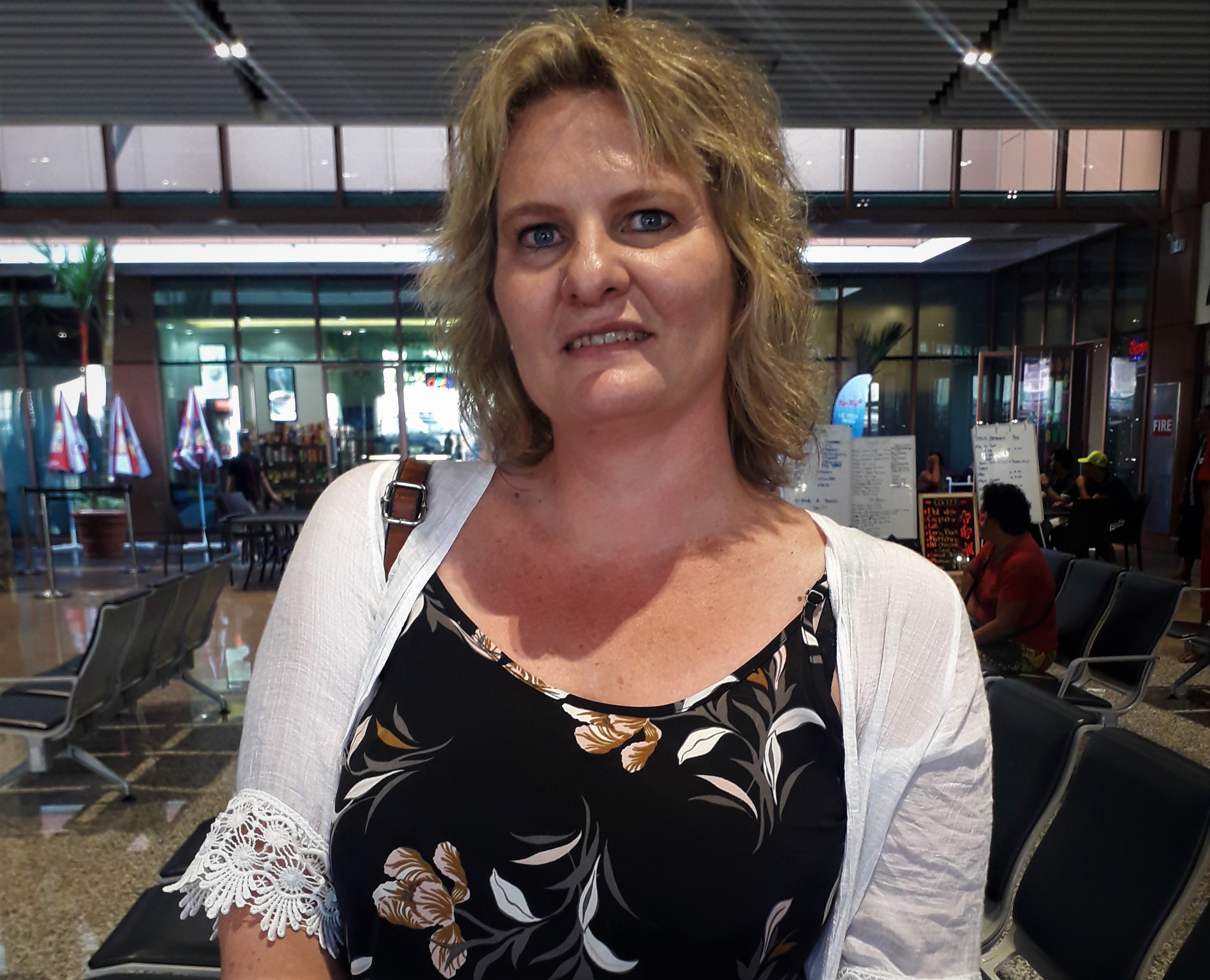 Mrs. Vinzyl is in Samoa with her husband for a vacation. The aerobridges they said was "a good start of our journey".

A Samoan couple said this is their first time to use an aerobridge in Samoa.

"Samoa has improved so much," they said. "The aerobridges are very beautiful and very convenient in inconvenient times like when it rains, people don't have to run from the plane to get shelter anymore. Even when the sun is too hot, it's unsafe for people who just came from the cold atmosphere to suddenly experience the heat when we get out of the planes," Unasa Laufiso said. 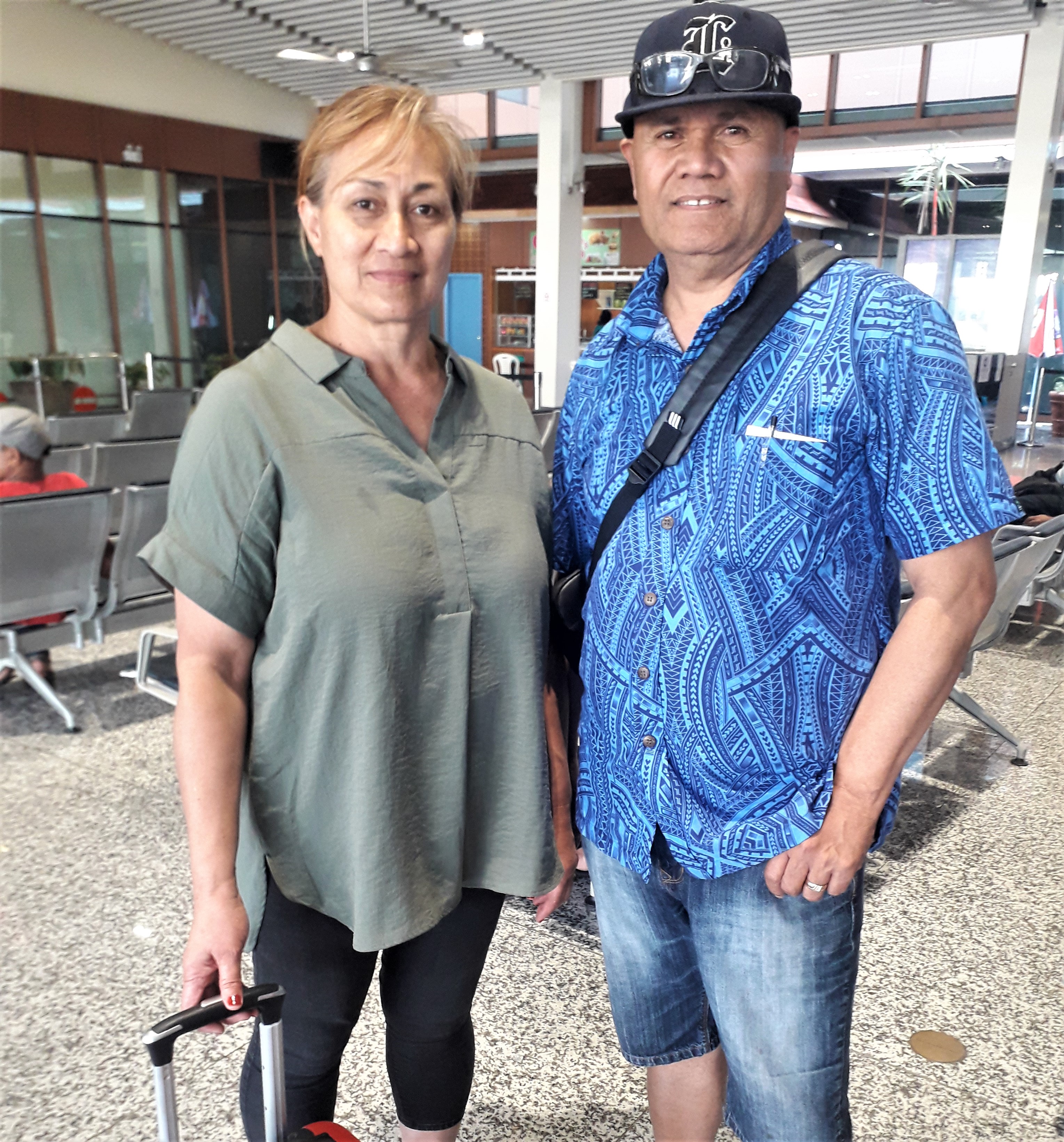 The members of the Punialavaa band also disembarked from the plane and looked all excited using the new aerobridge. 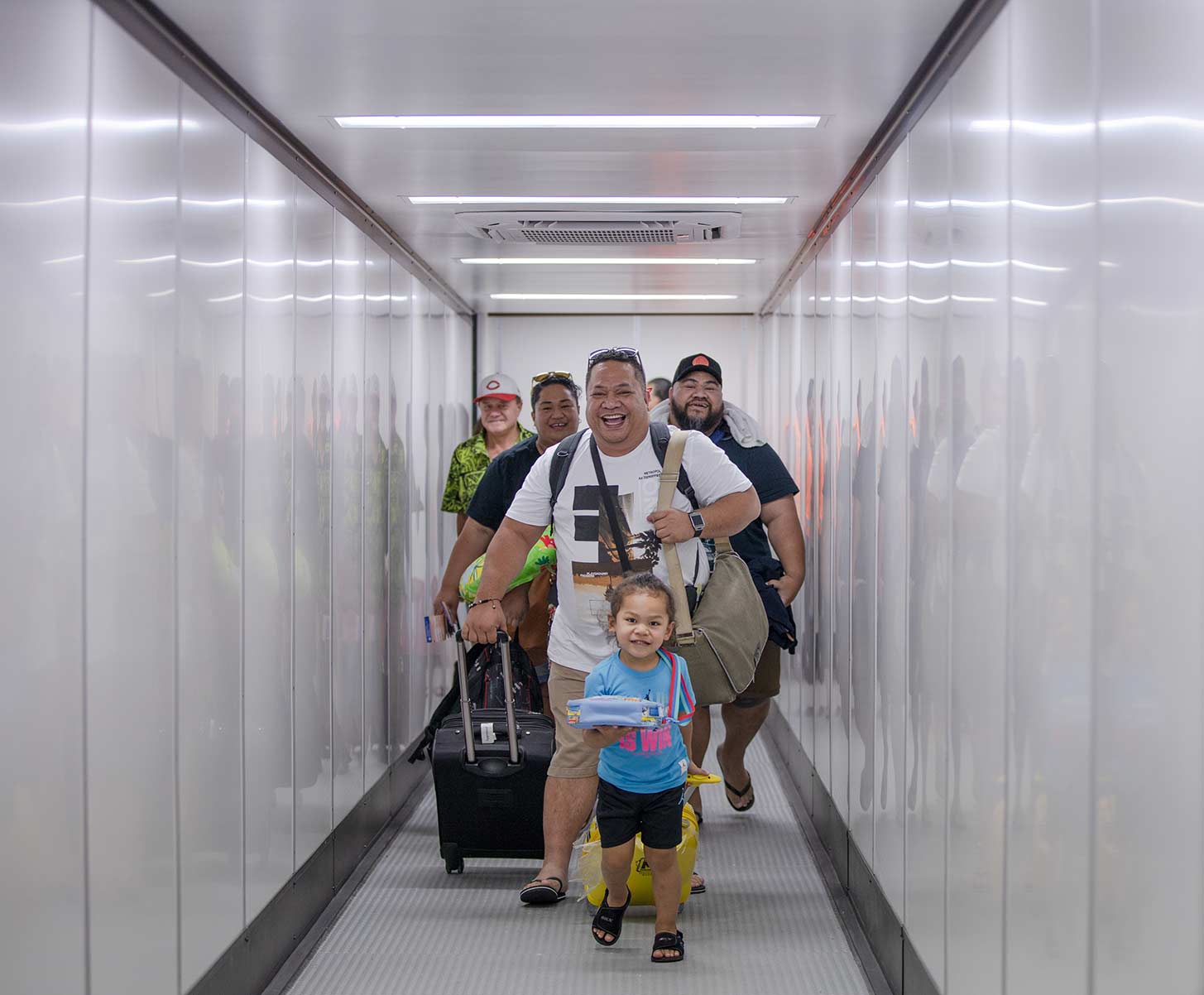