Leaping for the spike, during a match of the Independence Day Volleyball Tournament in Tuanaimato (Photo: Aufa'i Areta Areta)

The Samoa Volleyball Federation’s annual Independence Day tournament is up and running at Gym Two in the Tuanaimato Sports Complex this week.

This year the annual tournament doubles as a test event for the Pacific Games, and an opportunity for the Games’ Technical Delegate from Australia to assess the official’s skills before the big day in July.

Melanie Mulitalo, the Sports Competition Manager for Beach Volleyball and assistant for the Indoor Volleyball competition said despite a few setbacks, the tournament is running well.

The National University of Samoa (N.U.S.) gym was unavailable on their chosen dates in early June, so they moved the tournament to late May and relocated to Tuanaimato.

“So it’s not the biggest league we’ve had, it’s not as many teams as usual,” Ms Mulitalo said. 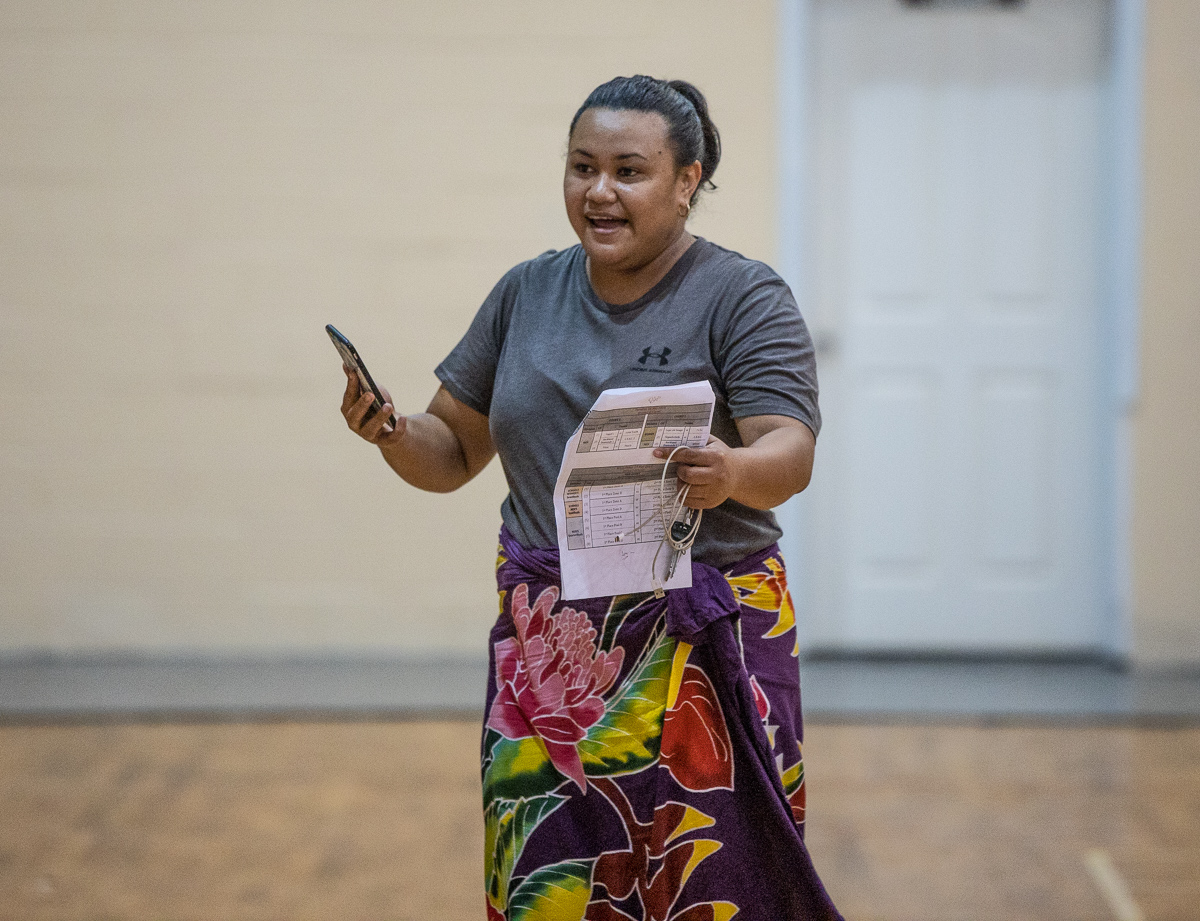 Sixteen men’s teams and four women’s teams from across Samoa have come to compete. Unlike in past years, there are no international teams competing. Ms Mulitalo said the changes meant New Zealand, Australia and American Samoa did not send teams as they usually did.

But with the Pacific Games approaching, delaying the tournament any longer was an impossibility.

“We needed to use this tournament as a test event and get on with it,” Ms Mulitalo said.

The Federation’s Media and Events Manager, Fetuao Ierome, said while the changes to their tournament may have affected the crowds and even the team’s turnout, having the tournament go ahead is important.

“It does affect the overall experience but we are still happy to keep going. It’s not the teams fault that we had to change very late in the game,” she said.

“We appreciate the fact that the Pacific Games Office helped with our request to use this gym. We weren’t given an option, we had to go looking for options and this was available.”

Regardless, the competition has been running well and the standard of play is clearly improving each year, Ms Ierome said, which is proof of hard work and dedication in the local club scene.

She said hopefully the Champ of Champ finals on Wednesday will see a lot of young people in the stands to watch the experienced players in their quarter and semi-finals, and maybe even inspire them. 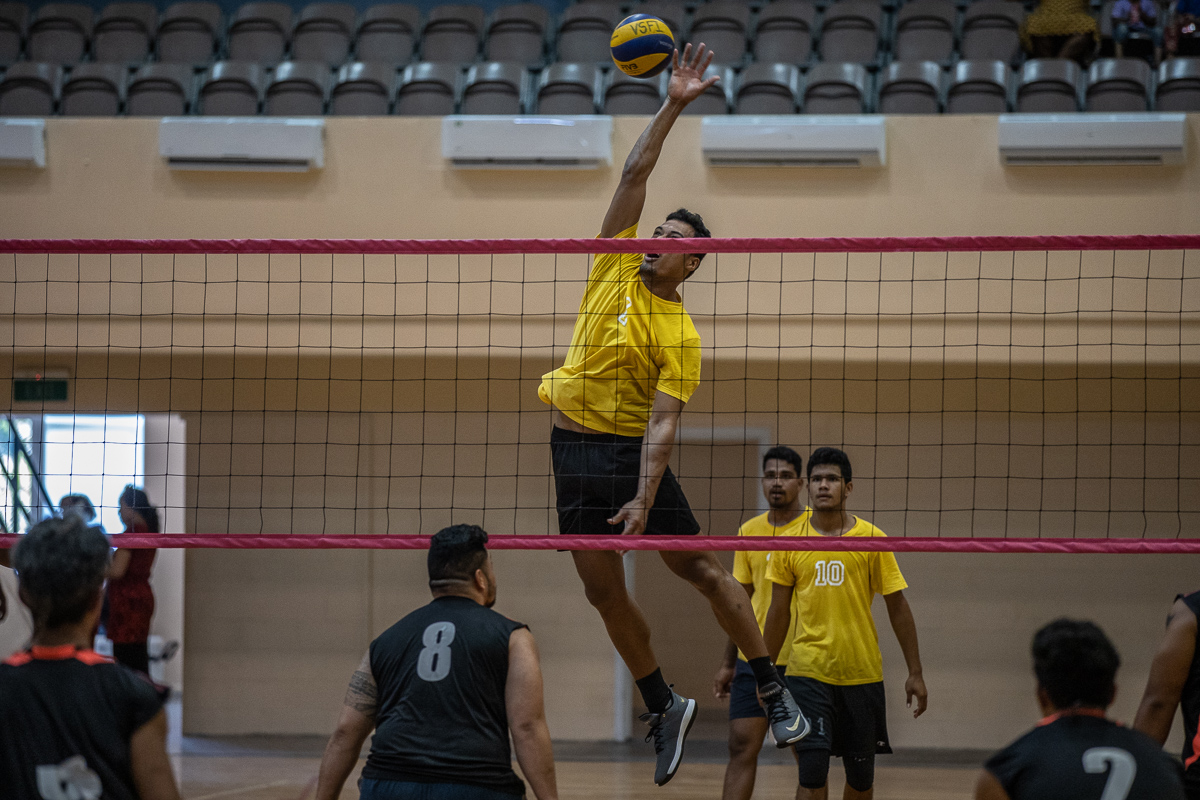