APTC not here to compete with local institutions — CEO Middleby

Local technical and vocational education and training providers in Samoa have nothing to worry about in terms of "competing" with the Australian Pacific Training Coalition (A.P.T.C.).

So says A.P.T.C. Chief Executive Officer, Soli Middleby, who said one of the institution's principles is not to compete with national institutions.

"But we have really strong partnerships like the one here with N.U.S., we have those partnerships in every country, and we work really closely in mitigating risks such as the ones that you raised and we haven’t had those concerns.

Ms. Middleby said the APTC and local institutions such as the NUS had mutually shared outcomes — and that is their graduates are able to secure employment.

"But what we would like to do and as I mentioned, the first sort of mutually shared outcome for us in our partnership with N.U.S. is [that] the graduates of N.U.S. and A.P.T.C. are being employed, and that both organizations, the reputation of those qualifications are as strong as they can be," she added. 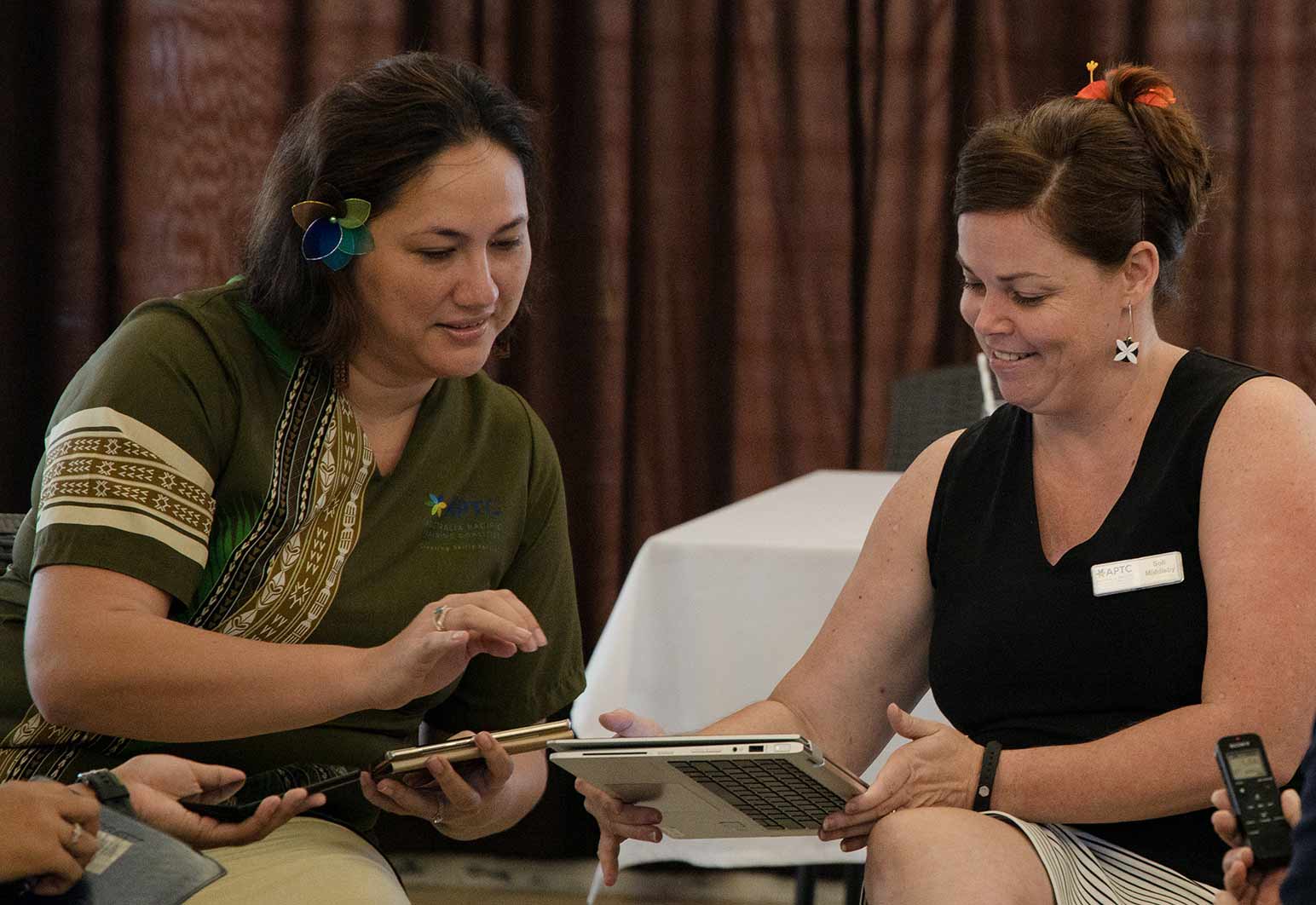 She reiterated that they are not interested in doing anything other than strengthening national institution's own qualifications as well.

"That’s why we’re trying to develop deep and genuine partnerships so the partners share with us their aspirations and then we work to achieve them. And we can do that in the T.V.E.T. space in many ways.

"We can share access and work together to create world class training facilities, like we have here for plumbing. We can also provide the training that we provide to our trainers to our partner institutions. We can undertake quality reviews in partnerships of programs and look for where they can be improved.

"We can facilitate across regional learning programs, across other pacific institutions; so there’s a huge range of options and tools that we might have, but the most important thing is that we’re working in partnership in line with the strategic directions of the national institutions," she said.

A.P.T.C. offers courses in Commercial Cookery and Hospitality, Metal Fabrication,Plumbing, Education Support and are yet to introduce a new course next semester.

According to the C.E.O., more than 80 per cent of the A.P.T.C. workforce are Pacific Islanders with the local branch having only two Australians and one Fijian staff, while the rest are Samoan.

"A.P.T.C. is enhancing the way we engage with partners and stakeholders across the region, we know that realizing our goal in prosperity through a skilled and more inclusive and productive workforce can’t be achieved alone by anyone or any organization.

"So we believe that locally led reforms led to strengthen T.V.E.T. systems are possible when we work together to support those local efforts," she added.