The Manu Samoa 7s finished last in Pool B at the London round of the World Rugby Sevens Series, and will now contend for a shot at ninth place finish.

They lost all three of their games to France, Kenya and Fiji overnight, despite leading at times in each of them.

Having been outclassed by France in their first game, Samoa took on Kenya needing a win to stay alive in the tournament. They got out to a 10-0 lead, with tries from Melani Matavao and Tomasi Alosio.

But in the final two minutes of the half, Kenya struck back twice with converted tries to take a four-point lead into the break.

Laaloi Leilua and Alamanda Motuga both got tries in the second half, but another converted try to Kenya was enough to give them a 20-21 victory.

It was Samoa’s goal-kicking that had cost them, as Mealoi, John Vaili and Leilua missed all four conversions, any one of which would have given them the win.

With the chance of a Cup quarterfinal gone, Samoa went into their final pool match against Fiji playing mostly for pride, and the chance to get one over the second-placed side in the overall standings. 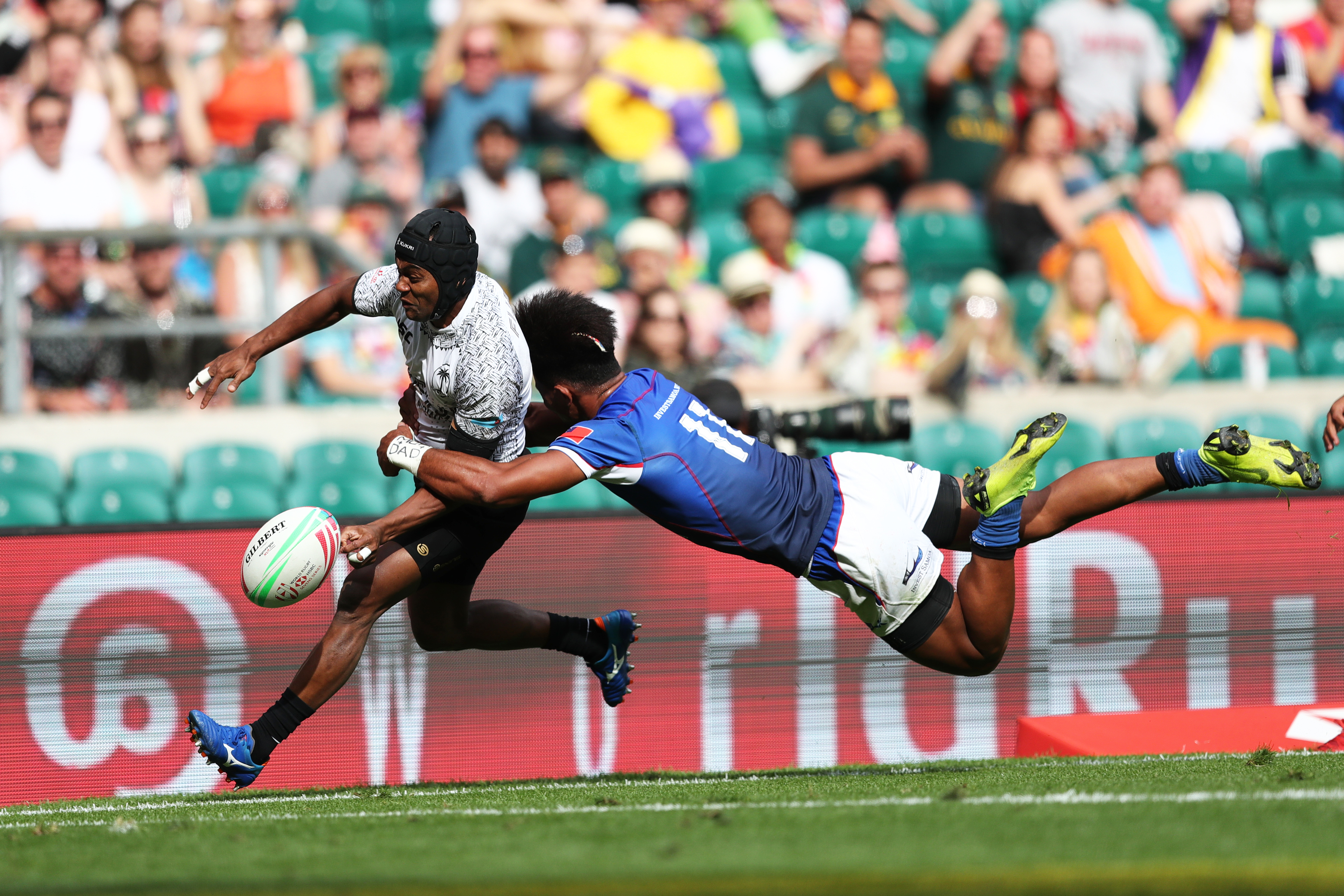 Fiji scored first, but Samoa got two tries in a row to Joe Perez and Siaosi Asofolau to take a 12-7 lead into halftime.

The lead changed hands with a try to Fiji, then a second to Asofolau as the game entered its last few minutes.

But Fiji scored twice more to overtake Samoa and win 26-17.

Samoa now face hosts England in a Challenge quarterfinal at 9:52 pm; a tall order against the fifth placed side in the overall standings.

With sixth placed Samoa failing to advance to the Cup quarterfinals, and seventh placed Australia (seven points behind in the standings) doing so, the Manu are in danger of falling behind them in the overall standings with just one tournament remaining in the Series.