There have been a lot of new faces cropping up for the Manusina over the last little while, with 23 players debuting at last year's Oceania Rugby Women's Championship and another 12 set to win their first ever caps at the Tri-Series in Fiji next week.

But experience counts for a lot, and fullback Soteria Pulumu of Ti’avea-uta, Aleipata has plenty.

The 27-year old has been playing rugby since 2010, and represented Samoa at the Rugby World Cup in 2014; the last games the Manusina played before 2018.

She has taken on a leadership role among the Samoan-based Manusina players in their training for the Tri-Series.

"I believe that I have the experience with the years I have been playing this," Pulumu said.

"And I’m happy to see a lot of our younger people gaining interest in the game and I can share those skills to the younger sisters." 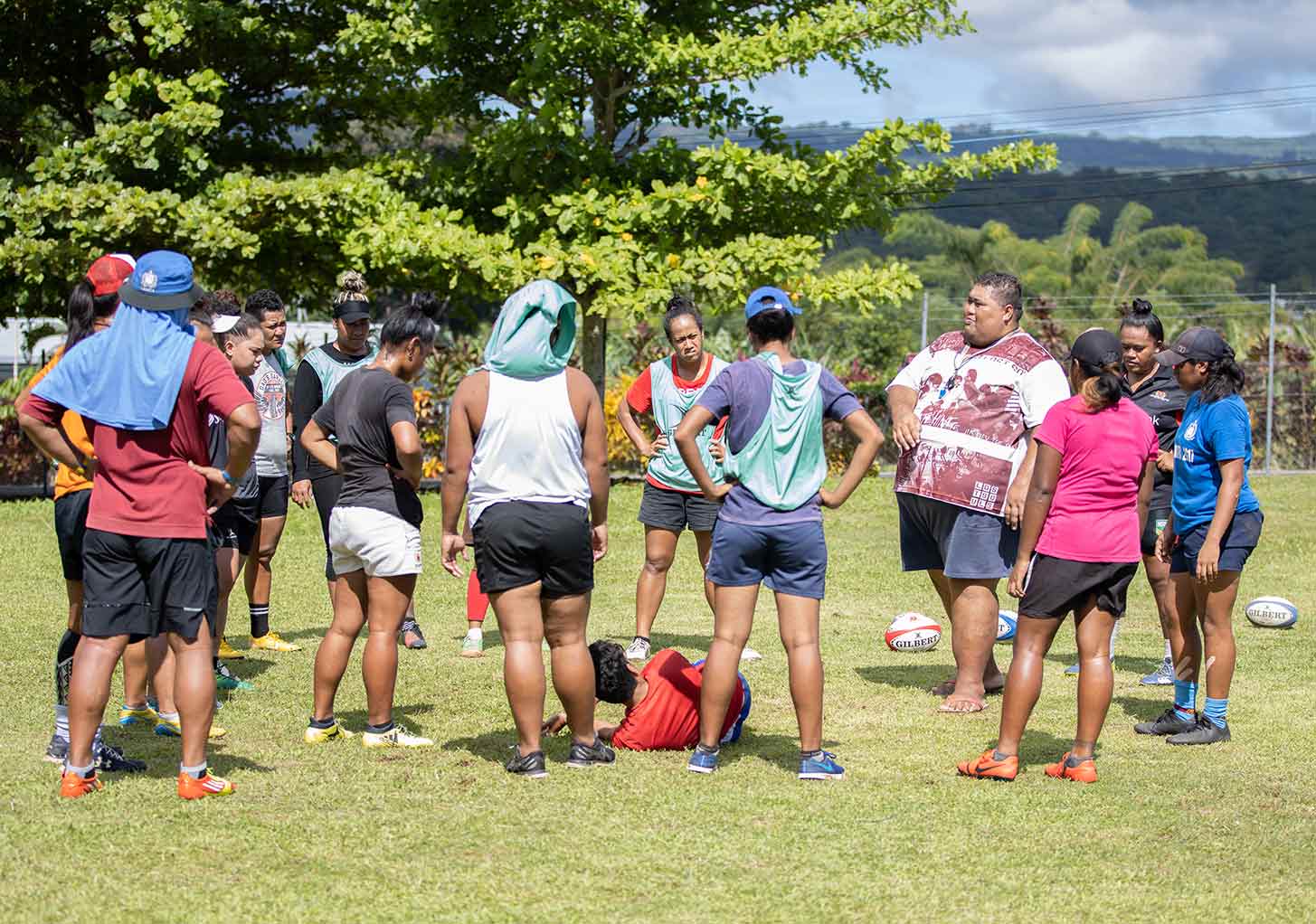 The Tri-Series is a key part of the team's build-up for this year's Oceania Championship, which the Manusina want to win so they qualify for the World Cup in 2021.

Pulumu said that's the most important thing for the team at the moment.

"If we can get the support from our people we have the chance to achieve that."

She is also in the extended Manusina 7s squad training for the Pacific Games event in July.

"For 15 aside I think the advantage is there are a lot of players on field that can support each other but for 7s you need fitness to keep up."

She said their targets this year are to win gold at the Games, and press for 2020 Olympic and World Series qualification with a strong performance at the Oceania Championships.

Manusina 15s Coach Ramsey Tomokino said he doesn't mind some of his team balancing playing both 7s and 15s.

“It’s just how we manage it, and if they're good enough they'll do both.

“We’ve just got to select our best players, and it’s really not going to hurt some of the girls to come and do sevens, then go and do 15s."